We don't want to die 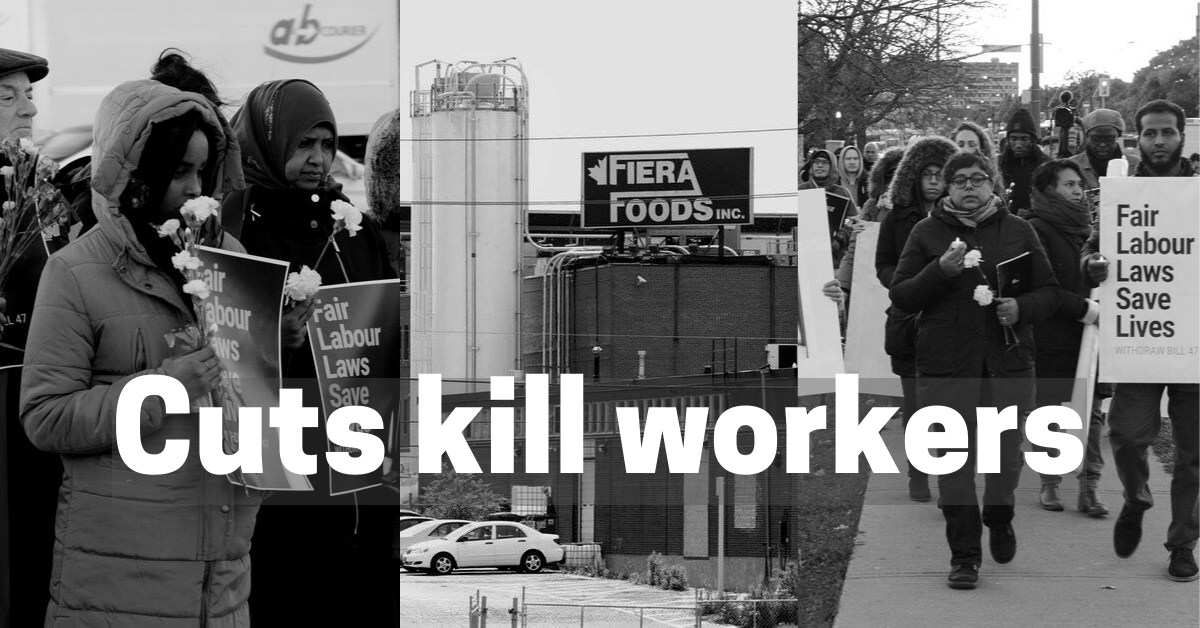 Last week a 5th temp agency worker was killed at Fiera Foods, a food processing plant in Toronto. We’re filled with heartbreak and rage, because we know this death could have been prevented.

Fiera hires 70% of its workforce through temporary staffing agencies in order to keep costs low. How? Because in Ontario, the cost of injuries to temp workers are applied to the temp agencies, NOT to the companies that hire them. For bad bosses like Fiera, the lives of temp agency workers are cheap. We need to: Make. This. End. Now.

When Premier Ford rolled back the workplace protections we won previously, he gave bad bosses the green light to abuse our rights with impunity. There was no excuse for lowering fines for employers who break the law or allowing companies to pay temp agency workers less than their directly hired co-workers. Ford must reverse course now!

To send a clear message to the government, and put Fiera Foods on notice, we’re calling for a protest this Wednesday. Together with local community groups and labour unions, we will hold a public rally outside the factory where the 57 year-old father of two died. Please join us on Wednesday, October 2nd, at 3:00 PM at 50 Marmora Street to say workers at Fiera Foods are not alone. Click here to sign up for the rally!

Can’t join us at the rally? Please take a moment right now to sign the petition to the Conservative government (click here). We are demanding that they:

Finally, we must also demand that Fiera Foods be investigated for criminal negligence causing death under Canada’s Criminal Code. This is the 5th death at Fiera. It is a crime.