CERB extended, EI improved: But nothing is guaranteed 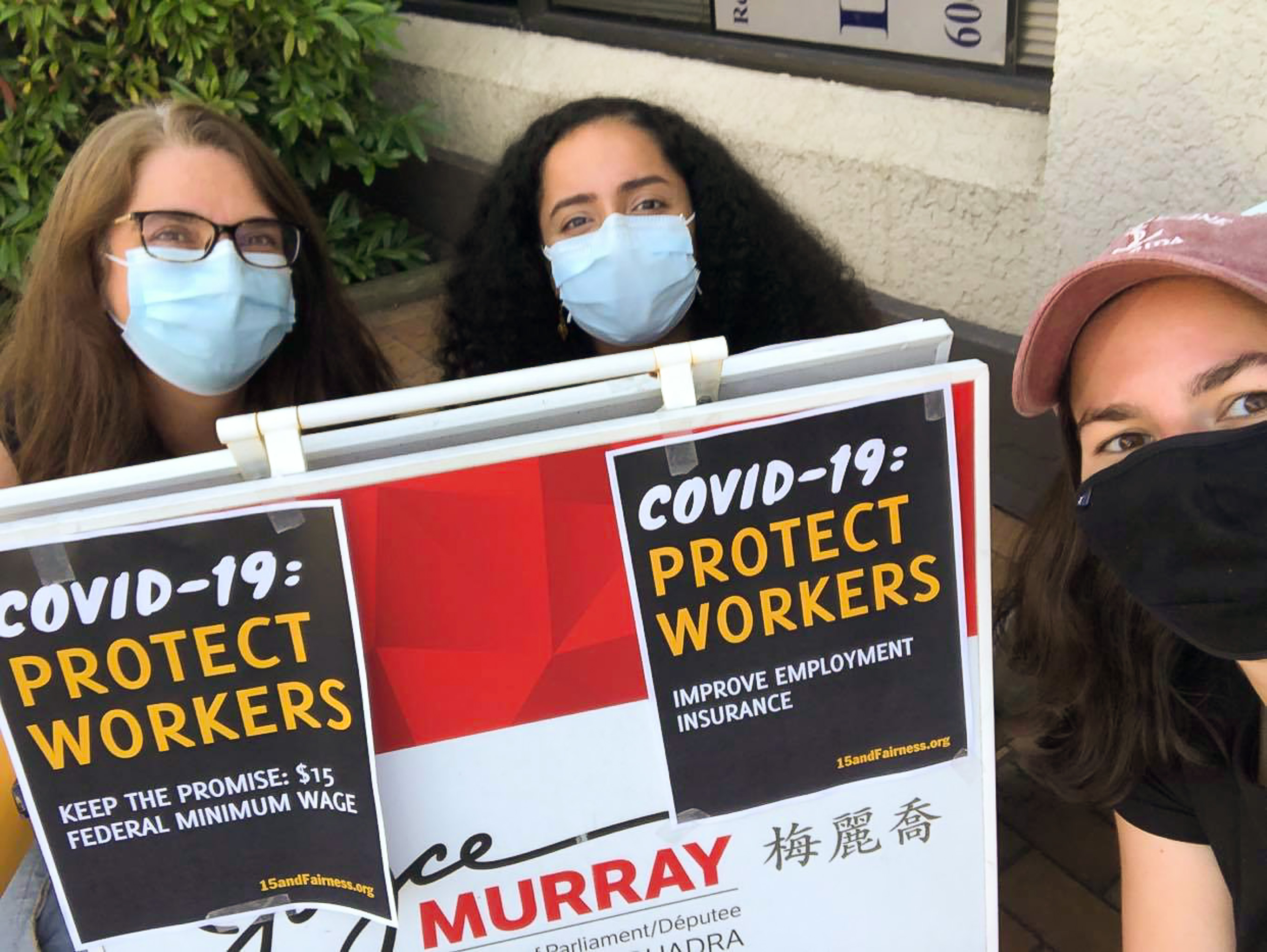 Thanks to the public outcry you helped mobilize, workers across the country won important - but temporary - improvements to income support programs. We need to keep fighting to ensure that all of us - including migrant workers - have at least $500 a week in income for as long as long as we need it. Click here to email your Member of Parliament now.

Millions of workers breathed a sigh of relief on August 20 when the federal government announced the Canada Emergency Response Benefits (CERB) would continue for four more weeks. For those of us who were days away from losing our income, this announcement was a lifeline - at least until September 26.

The government announced temporary changes to Employment Insurance (EI) regulations that makes the system accessible to more people and create a new floor of weekly benefits (click here to learn more). The government also introduced a parallel program for those who can’t get EI. These new rules improve the current system, but they must be extended and made permanent to be truly effective.

Unfortunately, the announced weekly income support of $400 falls short of the $500 we were pushing for. But there is still time to call on the government to ensure all of us get the $500 we need. This temporary floor is better than what many of us would have received under the old EI rules, where millions would be denied any access and more than a quarter-million would only have received between $100 and $200 per week.

The federal government has, in effect, implemented a longstanding demand to simplify the EI rules by announcing uniform national standards for accessing EI. But turning the best of these temporary measures into permanent improvements will require a big fight against corporate lobbyists. 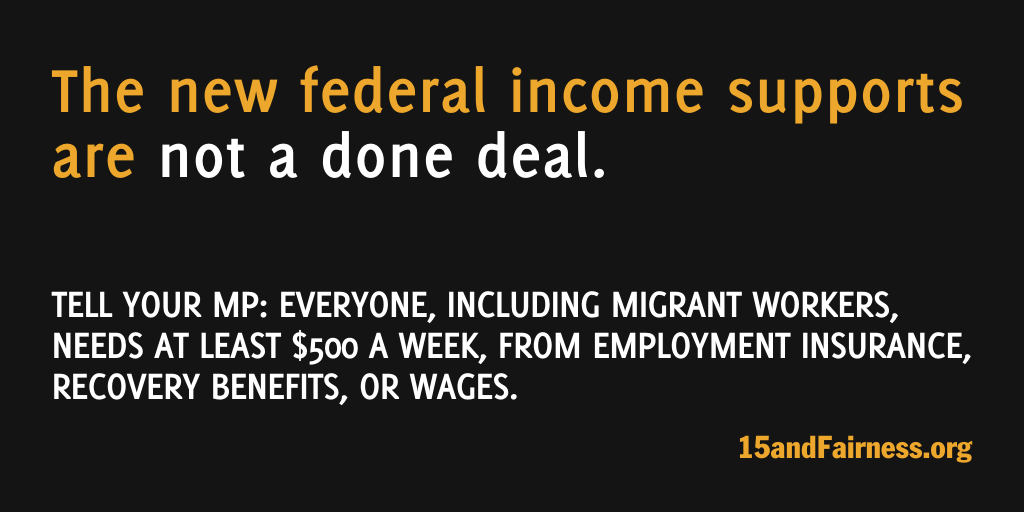 Email your Member of Parliament right now to demand workers, including migrant workers, get the support they need for as long as they need it.

The stakes between now and September 23 are high.

Or, will it adopt a big vision for a successful recovery that centres decent work for all? Will it move forward with permanent improvements to Employment Insurance, a higher federal minimum wage, better labour laws, more investment in public services like health care, housing, and education and real action to address the climate crisis?

What the government decides depends on what we all do right now.

Join us to take action!
Email your Member of Parliament to demand workers, including migrant workers, get the support they need for as long as they need it.

The Liberal government has scheduled a cabinet retreat for September 14. We have a window between now and September 14 to push our elected representatives to fight for us. We want our MPs to push the best possible vision for a new parliament. That means essential income supports for everyone and a higher federal minimum wage.

There's not a moment to lose! Please take a moment right now to email your MP!

If you have questions about how the announced changes to income support will affect you or if you are dealing with other workplace problems sign up now (click here to register) to join the free online workshop we're hosting with the Workers' Action Centre on Wednesday August 26 at 6:00 PM (EDT). To read more about the federal government's plans for Employment Insurance and other income support, click here.