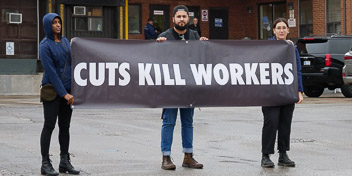 Two weeks have passed since the death of Enrico Miranda, the 5th temp agency worker to be killed at Fiera Foods, but we've heard nothing from Premier Doug Ford. This is the second worker killed at Fiera Foods under Ford's watch. We need to make sure that it is the last.

Today, we issued an open letter to the Premier, to demand that he immediately close the loophole that allow companies to put temp workers' lives at risk. Together with the Ontario Federation of Labour, Workers' Action Centre and Jane Finch Action Against Poverty, we've given Ford a deadline until Friday to make companies using temp agencies financially responsible under WSIB for workplace deaths and injuries. This law has already passed, it just needs Ford's signature to be implemented.

Click here to read our open letter to Ford

Call now to speak out for workers at Fiera Foods

While we pressure Ford's Conservatives to strengthen protections for us all, help us send a clear message to bad bosses by making a phone call. 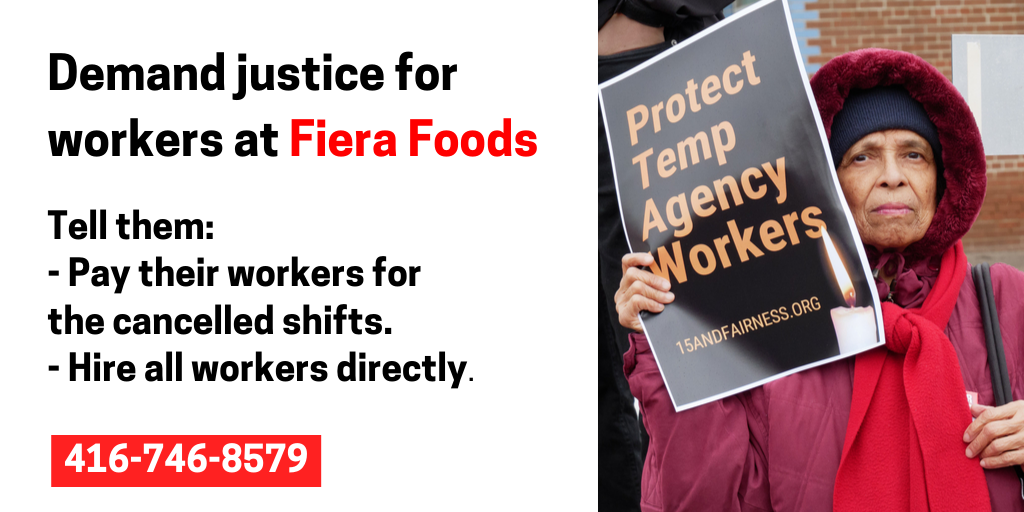 When Enrico Miranda was killed at Fiera Foods, we know the company forced workers to finish their shifts instead of stopping production. But when we held a rally outside the factory, they cancelled their workers’ shifts (without pay!) to keep them away.

Fiera Foods cannot be allowed to operate this way! Call the company now. Dial 416-746-8579 to speak to Fiera’s General Counsel, David Gelbloom.
Let’s demand that they:

As heartbreaking as these injustices are, we know the only way to assert our rights and keep our communities safe is organizing!

55,000 CUPE education workers stood strong to defend quality public services and preserve decent jobs in our communities! But let's remember, it's not the end of the struggle in the education sector!

School walk-ins are still scheduled for this Thursday, October 10. Families, students and teachers across the province will be taking action outside of schools to show we are united against provincial education cuts! To find a school near you to join the walk-in, and other useful resources, click here.