What we won and why we keep fighting 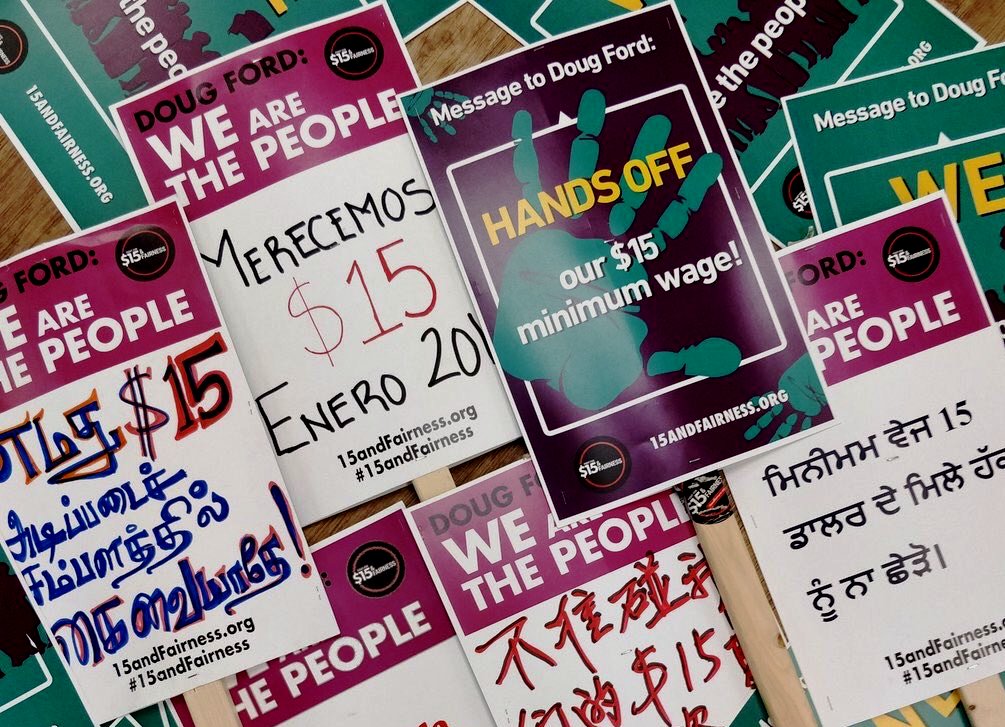 As you know, the Ford government passed Bill 47 on November 21, 2018, despite overwhelming public opposition to the bill and by ignoring all evidence in support of stronger labour laws.

While Premier Ford rolled back significant improvements we had won last year with Bill 148, we succeeded in protecting many gains that will make a real difference in workers’ lives. This is thanks to you and thousands of others taking action!

Please read below to learn more about the reforms we've collectively protected by putting up resistance every step of the way:

But perhaps our most important achievement is the exponential growth of our decent work movement across Ontario with roots in diverse communities, campuses, workplaces, and neighbourhoods.

By building on this momentum, there is no doubt we are going to be much better situated to make $15 and Fairness a reality for every worker in Ontario.

Please join us in the upcoming days to celebrate our collective hard work and stay organized to hold the Ford government to account for their betrayal to the people of Ontario.

See below for events happening next week, and visit our website regularly to see the latest listings.

ONTARIO WIDE
Workers’ Comp is a Right! Provincial Week of Action
Actions all week across Ontario from Toronto to Thunder Bay
Please RSVP or share on Facebook