What a year we've had! 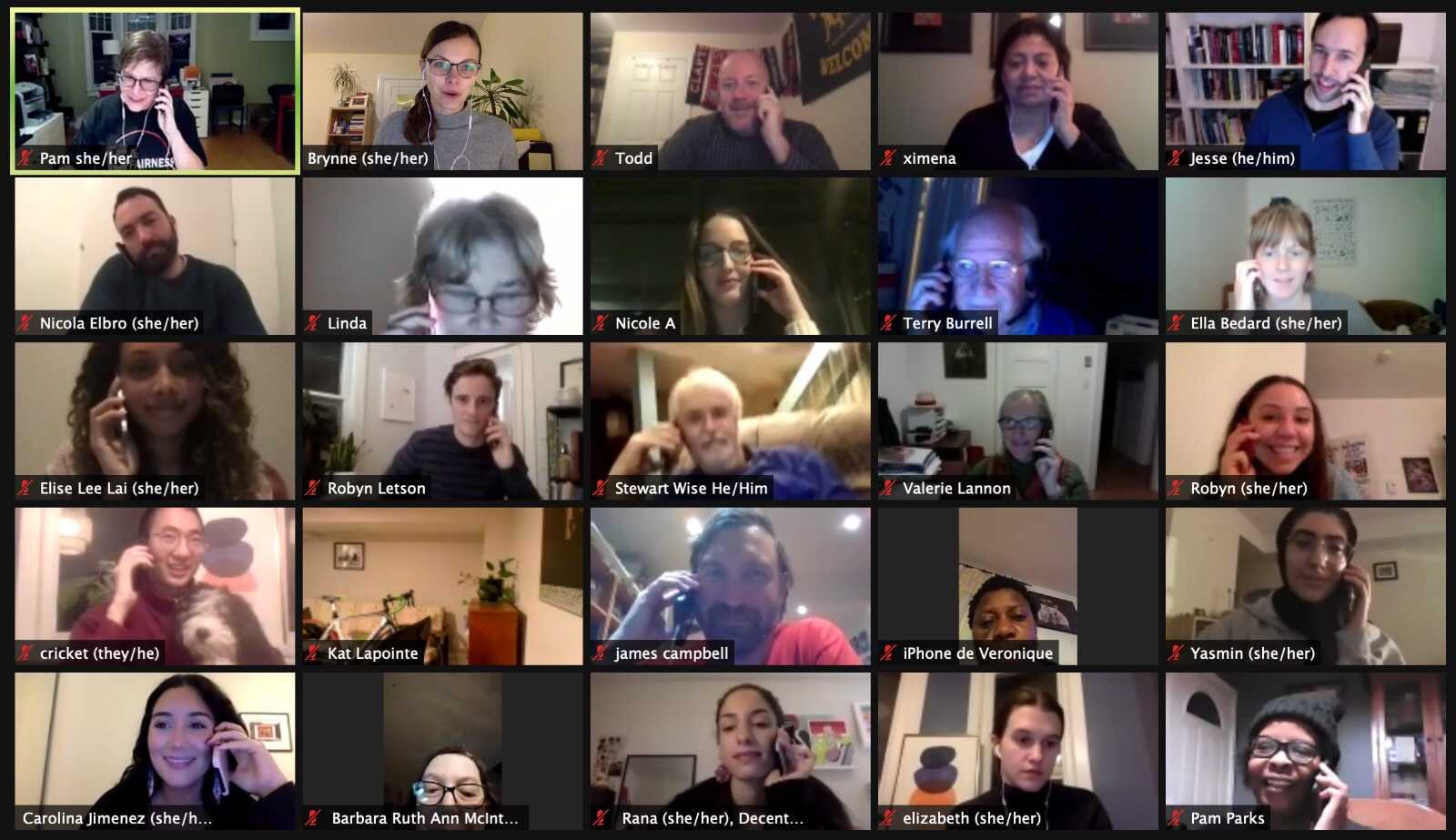 This has been an intense year, but thanks to you we have made an incredible difference.

From the early days of the COVID-19 crisis, we've worked together to protect as many people as possible. Please consider making a donation now to fuel this work in the year ahead (click here), as the pandemic rages on.

Whether it be fighting for adequate income supports, decent wages, or paid sick days, we've accomplished a lot. Here are just a few highlights:

Together we campaigned for - and won - emergency benefits for workers and major improvements to Employment Insurance (EI). (Remember when the only thing the government initially announced for workers was waiving the one-week waiting period for EI and encourage workers to claim EI sickness benefits if they got COVID?)

After winning the Canada Emergency Response Benefit, we still fought tooth and nail for the weekly income support to be a minimum of $500 for a 16-week period. (Recall that the first announcement for emergency benefits was for only $450 in weekly pre-tax income and only for 14 weeks.)

Extending duration from 16 weeks to 28 weeks

When the first 16 weeks of benefits were set to expire but the economy was still in the depths of crisis, we had to push hard to demand an extension of benefits, winning a reprieve to August, then an additional four more weeks.

We fought alongside migrant-led organizations to ensure all migrant workers had access to emergency supports. These efforts led to important improvements! But it is crystal clear that without full protections under the law, too many people will fall through the cracks. That's why we must keep up the fight for full immigration status for all.

In the Fall, the government announced temporary improvements to the EI program that will ensure workers can access it after 120 hours of work, and will receive a minimum weekly pre-tax benefit of $500 for 26 weeks. These improvements have been crucial to ensure more workers can get EI when they need it. Alongside the EI changes, the government announced new Recovery Benefits that will provide similar support: $500 weekly (pre-tax), for 26 weeks.

None of this would have happened if people like you hadn't raised your voice - signed petitions, called your Member of Parliament, spoke to the media, and talked with your friends and neighbours. We know these changes have been huge, but more needs to be done to leave no one behind.

We will have to fight even harder in 2021 to ensure the temporary improvements to EI are made permanent, and that any worker who needs EI can access it. We must also fight to make sure we aren't unfairly penalized if we received overpayments. After all, this government has dished out millions to profitable corporations with no strings attached. It is a despicable double-standard to go after vulnerable workers for a few hundred dollars while giant corporations boast about taking millions in public money to line their own pockets. As CBC news reported [Source 1] in December:

"... trucking giant TFI International ... received $63 million in wage subsidies by the end of September, while also paying out $45 million in dividends amid rising profits and a soaring share price. ... 'We are not ashamed,' about taking the wage subsidies, TFI CEO Alain Bédard told a Montreal newspaper in October."

With or without the vaccine, it will be a long time before the economy fully recovers and we must ensure everyone has the income support they need for as long as needed. Please make a donation now (click here) to fund this important fight - no contribution is too large or small!

After years of campaigning for paid sick days, this year our voice grew even louder with almost every Chief Medical Officer in Canada echoing this important demand [Source 2]! Along with our allies in the Decent Work and Health Network, we've been sounding the alarm on paid sick days since the first days of the pandemic. For months, we have banged pots and pans for paid sick days, organized socially-distanced actions, written letters, sent emails, and made thousands of phone calls both individually and collectively through our many phone ZAPs.

In response, the federal government created the Canada Recovery Sickness Benefit (CRSB) that provides $500 per week in pre-tax income, for two one-week periods. This is a step forward and a win for us. But it must be said: CRSB is no substitute for adequate paid sick days legislated by every provincial government (and added to the Canada Labour Code).

As you know from previous campaign updates, to access these two weeks of benefits, a worker must already have lost 50% of their weekly income due to illness, and only after-the-fact can they apply for benefits. This is the kind of barrier health professionals warned against and it explains why the take-up rate for the CRSB has been so low [Source 3].

Tragically, no provincial government to date has legislated adequate paid sick days permanently (at least seven) and during pandemics (at least 14 additional days). But the urgency for implementing this life-saving legislation is more visible than ever. That's why the number of people mobilizing and organizing on this issue is growing right across the country.

It is also urgent that we continue the fight to raise the minimum wage everywhere. Companies like Loblaws, Amazon, Walmart, and more raked in billions more in revenue during the pandemic. And although they briefly instituted pandemic pay, most cancelled it in the summer when the federal emergency benefits were set to expire. This callous behaviour shows what we have always known: corporations can easily afford to pay workers decently. But they'd rather issue dividends to shareholders than ensure their workers work safely and live with dignity.

Let's remember: the best way to make pandemic pay permanent is to raise the minimum wage for all of us!

RSVP now for the first decent work organizing meeting in 2021

Rumour has it that we may be facing a federal election early next year. Let's be sure to hit the ground running in 2021. Our next big organizing meeting will take place online on Tuesday, January 19 at 7:00 pm. Register now (click here), put it in your calendar, and then bring a friend or co-worker to the next meeting.

2020 has been a difficult year to be sure, but your actions and efforts have made a huge difference. None of our collective work would be possible without your political solidarity and financial generosity. If you are able to help us out financially, please consider doing so. Click here to make a donation. Even $1.00 will make a difference. And if you are already one of our financial supporters, we thank you from the bottom of our hearts.

Rest up and have a safe, healthy, and happy holiday break!

On behalf of the Fight for $15 and Fairness staff team, we salute all of you for everything you do whether it be on the frontlines, at work, from home, or behind the scenes - no action has gone to waste. We hope you get a well-deserved break and have a safe and happy holiday.

On behalf of the whole Fight for $15 and Fairness team!