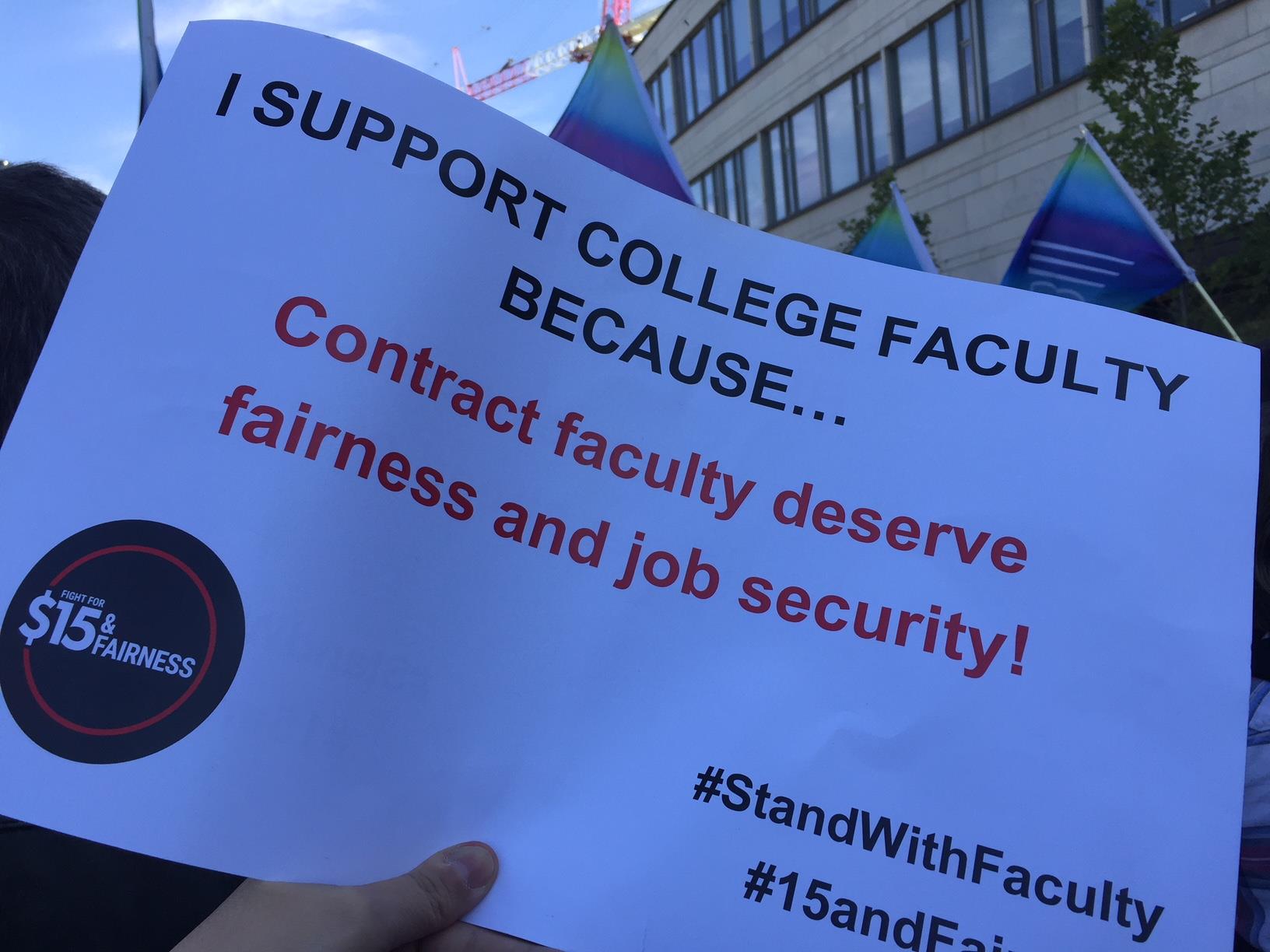 TORONTO – Thousands of striking college faculty rallied Wednesday to push the province to get the College Employer Council back to the negotiating table.

Held at the downtown offices of the Ministry of Advanced Education, the protest marked the second week since 12,000 professors, counsellors and librarians walked off the job.

“They are trying to break us through attrition. They want to eliminate the ranks of full time workers and turn (jobs) into precarious work,” said JP Hornick, chairman of the bargaining team for the Ontario Public Service Employees Union.

“Twenty-four colleges are working together in support of a better education system. We aren’t against bargaining, but we can only bargain when the other side comes to the table.”

The union says 70% of college faculty is on part-time contract work and they are looking to change that to a 50/50 ratio.

Pam Frache, the Ontario co-ordinator for the Fight for $15 and Fairness campaign to up the minimum wage, said there is hidden poverty for college employees.

“People would be shocked to learn about the working conditions at colleges for the faculty,” Frache said, noting part-time college faculty have to reapply for their position every semester.

“It’s not the norm for part-time work and doesn’t allow people to pay the bills,” she said.

OPSEU president Warren Smokey Thomas said if there are no new negotiations by next Thursday, union members from all over the province will be bused to Queen’s Park for a protest.

“The legislature must put pressure on the council to get back to the table. (Education Minister Deb) Matthews and (Premier Kathleen) Wynne need to get on the phone. There is a lot they could do,” he said.

Thomas said there is $72 million in the strike fund and the walkout will continue “for as long as it takes.”

Matthews said wants the two sides to get back to negotiations. “The solution is at the table. We need to get the parties back together,” she said.

Sonia Del Missier, College Employer Council chairman, said the teachers’ demands are too expensive and would cost upwards of $250 million a year.

“It’s disappointing that (the council) aren’t negotiating, which is the essence of the system,” said Rafael Goldchain, a photography teacher at Sheridan College. “Students aren’t well served by faculty that are underemployed. Part-time teachers aren’t on campus to meet the students’ needs face-to-face, and that is what teaching is all about.”