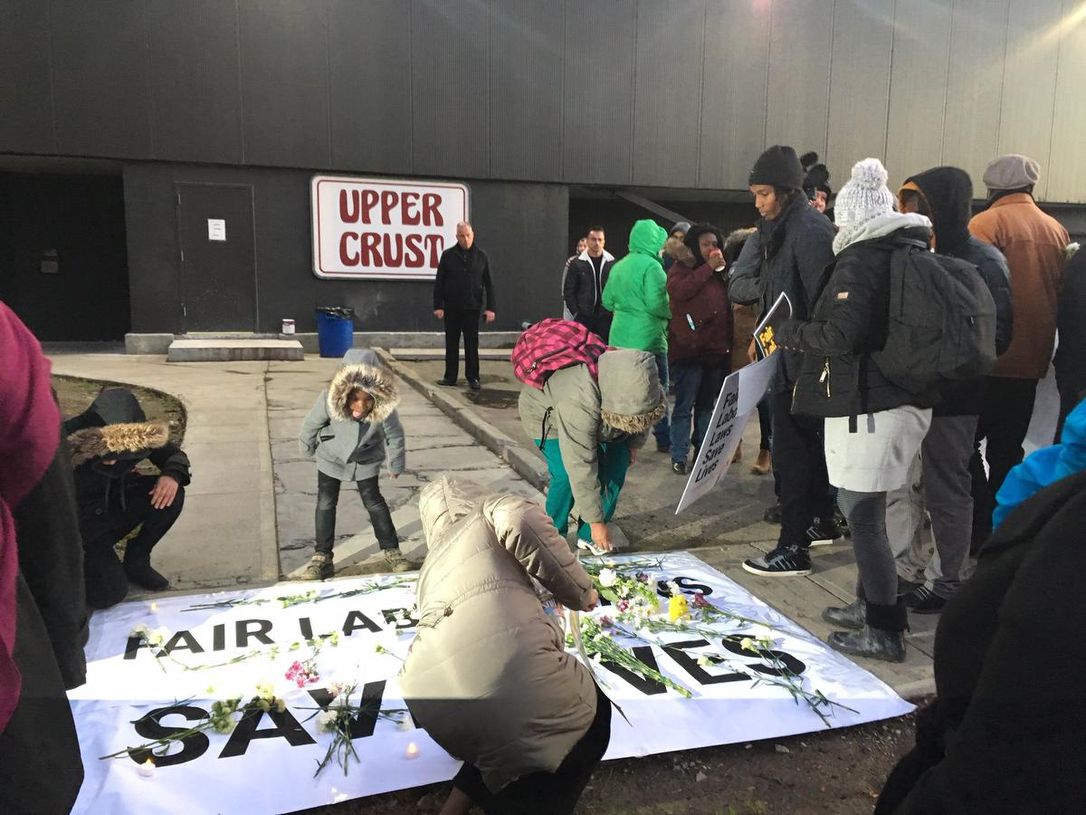 By Sarah Mojtehedzadeh and Brendan Kennedy

The recent death of another temp worker at a company affiliated with Fiera Foods highlights the cost of the Progressive Conservative government’s proposed rollback of worker protections, opposition critics argued at Queen’s Park on Monday.

“This is the fourth — the fourth — death of a worker at Fiera Foods’ businesses,” NDP labour critic Wayne Gates said during question period. “A workplace death is a terrible cost. Four deaths, and someone should be in jail.”

On Thursday night around 9:45 p.m., a man in his 40s who was working for Fiera Foods’ partner company, Upper Crust on Canarctic Dr. in North York, died when he was pinned by a transport truck against the factory’s loading bay. The man’s identity has not been released, but he was employed by the temp agency, OL & Partners. The Ministry of Labour is investigating the death.

Labour Minister Laurie Scott said she was “saddened” by the death and then accused the NDP of “politicizing” the tragedy.

Outside the legislature, Scott called the death “a terrible tragedy” but said she couldn’t comment while the ministry’s investigation was ongoing.

“Certainly, I know there’s the history there,” she said, referencing the three previous temp worker deaths at Fiera Foods and its affiliated companies. “There has been other punishments given for the other cases. This is a new investigation that needs to take place in the proper manner.”

Fiera and its sister company Marmora Freezing Corp. were fined $150,000 for the first two deaths at their facilities and $300,000 for the 2016 death of 23-year-old temp worker Amina Diaby.

A vigil organized by the Workers’ Action Centre was held Monday evening outside the Upper Crust plant where the worker died last week.

“It’s so sad because this is what happens when we don’t have rights and protections at work,” said Navi Aujla, who has worked through temp agencies and is now an organizer for the fight for $15 Movement.

“Temp agency workers are so invisible in our workplaces,” added Deena Ladd of the Workers’ Action Centre, who called on the government to stop new legislation aimed at rolling back recent labour protections.

Thursday’s death is the fourth of a temp worker at Fiera Foods or one of its affiliated companies since 1999 and the second in little over two years. The company, which mass-produces bread products for fast-food chains and major grocery stores, was the subject of a 2017 undercover investigation by the Star, which found the company relied heavily on temp workers who received little safety training and were paid in cash at payday lenders.

Data obtained by the Star as part of its investigation also showed that temp agency workers in Ontario are increasingly placed in non-clerical environments like factories and warehouses, and that they are twice as likely to get hurt in these sectors as their non-temp counterparts.

Last year, the Liberal government passed significant new protections for temp workers, including the right to be paid at the same rate as their permanent counterparts for doing the same job. New measures also made both the temp agency and their client companies accountable at the workers’ compensation board when temps get injured, which advocates called a key incentive to keep workers safe on the job.

Last week, the Progressive Conservative government introduced new legislation, Bill 47, that would roll back many of the labour protections enacted by the last government, including equal pay for equal work. The Ministry of Labour has not said whether new provisions around temp worker injuries will remain intact.