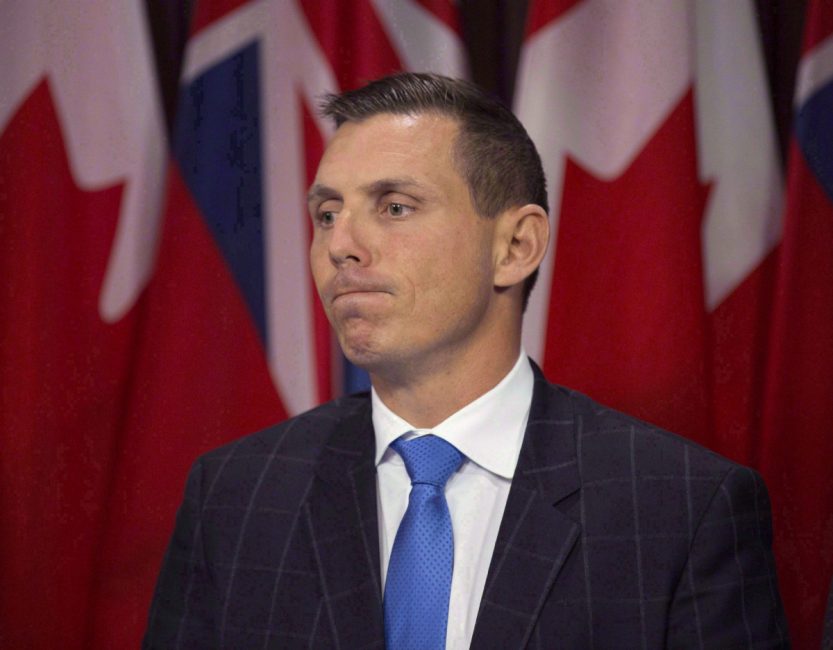 The only thing we have to fear about the minimum wage is fear-mongering itself.

Despite the scare stories, a proposed $15 hourly wage in 2019 is proving wildly popular. By all accounts, it is a vote-winner.

The usual suspects are upset: TD Bank, Loblaws, Metro, the Chamber of Commerce and the small business lobby are warning higher wages will hit hard, and hurt the working poor by costing them jobs.

It’s a recurring tale of two competing victimhoods — businesses at risk and jobs in jeopardy — but people aren’t buying it. The old fable about the boy (or business) who cried wolf is a hard sell when few believe the wolf is at the door.

The big change is not just in new economic thinking, but a broader societal consensus. The ground has shifted.

Perhaps people are waking up to the impact of poverty amidst plenty. And are prepared to pay more at their local Dollarama — rebrand it Toonierama if need be.

Canadians who were content to live alongside the working poor are increasingly sensitized to the argument for a living wage. Times change.

For the longest time, people put up with second-hand cigarette smoke, drove while drunk, forgot their seat belts, or sneered at nerds who wore helmets for motorcycling, cycling, hockey or skiing. Now, cigarettes are taboo, drunk driving is anathema, seat belts are the law, and helmets are de rigeur.

Changed attitudes may be a reflection of increased inequality, but also reduced insecurity.

Our unemployment is dropping rapidly — StatsCan announced last week that Ontario’s rate had declined to 5.6 per cent, the lowest level since 2000. With 170,000 new jobs over the past year, scare stories about job losses don’t add up.

The provincial economy has been on a roll for the last few years, leading the country and much of the industrialized world. Yet income inequality keeps increasing.

A previous column about the business lobby pointed to the flaws in outdated econometric modelling that vainly tries to foretell future job losses from doomsday scenarios. Their conclusions are contradicted by more advanced research that looks retrospectively at recent history, showing negligible or unmeasurable impacts from minimum wage hikes.

Yet major retailers keep warning that automation is the inevitable result of higher wages. Been to a Loblaws, Sobeys, or Canadian Tire recently? Seen those automated check-out counters, even at today’s minimal minimum wage?

Automation is inevitable. Lowering the minimum wage won’t bring back full-service gas station attendants, or persuade the banks to remove automated tellers from your local branch.

Economic disruptions are also unpredictable. Even if business scaremongering about a wage hike were remotely true (at the margins), the reality is that a rapid increase in interest rates would have far more impact, as would a collapse in the housing market.

Let’s give at least partial credit to the politicians who have been paying attention to recent changes. But not too much credit, for they are merely playing catch-up.

The Progressive Conservatives reliably resisted that increase then, just as they do now. Opposition Leader Patrick Brown flatly opposes a proposed $15 hourly wage in 2019 (he purports to support it in principle at some future point — though without a timeline it’s a mere press line).

With an election looming, the Liberals have breathed new life into the living wage. But the heavy lifting happened outside Ontario, with Alberta’s NDP government leading the way to a $15 target in Canada.

That’s the economic reality that recent research relies upon, that business is blind to, that Ontario voters are waking up to, and that smart politicians are paying attention to. The only thing we have to fear about the minimum wage is fear-mongering itself.