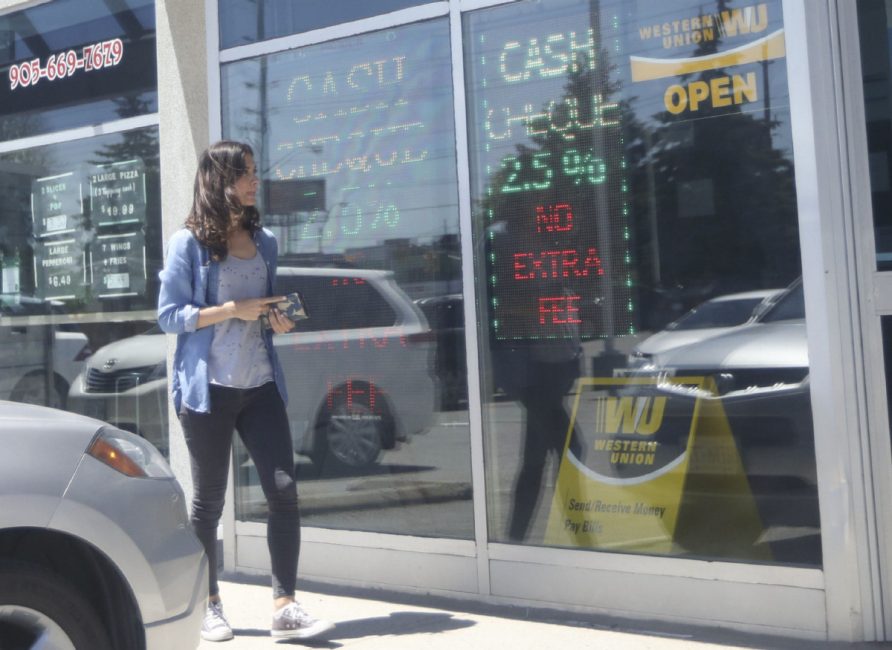 Temp agencies are now temporary, too, and the government plays whack-a-mole while precarious workers feel they must keep their heads down.

The perils of precarious work are often discussed, but rarely documented.

That changed this month when my colleague Sara Mojtehedzadeh took the extra risk of going undercover to write about precisely those perilous working conditions in a Toronto factory.

Now no one can say they didn’t know enough to finally do something about her revelations. Notably our lawmakers at Queen’s Park.

The most compelling finding in the Toronto Star’s investigation, co-authored with reporter Brendan Kennedy: It’s not that the problem is so complicated, but that the province is so complicit in the explosive rise of temp agencies, the biggest profiteers from precarity.

Thanks to a complex web of loopholes, employers have offloaded much of the liability and risk of maintaining permanent staff to these temp agencies, which insulate them from the financial consequences of workplace accidents.

Rather than accepting responsibility as the true employer of their factory staff, and paying the higher WSIB premiums pegged to blue collar work, they rely on temp agencies as phantom employers paying a lower, white-collar rate for accident insurance.

If one of those poorly trained temporary hires should suffer a workplace accident — the statistics show a higher rate of injury — the temp agency bears the brunt on the WSIB’s books, cushioning the impact on the factory where it happened.

But higher premiums have no lasting consequences for a temp agency that can disappear with the click of a mouse and rebrand itself the next day.

In the digital age, these Potemkin temp agencies are themselves temporary, coming and going just as fake email addresses do. They can close up shop only to start up again under another name on another website with a new post office box, or in another strip mall storefront.

The result is double jeopardy; it’s not just precarious workers who face extra peril, but all taxpayers and businesses who pay a price for this sleight of hand by the unseen hand of temporary agencies.

The Star identified 2,588 temp agency accounts registered at the WSIB and found many were residential addresses in condos or the suburbs. Some were virtual offices — one was on an empty plot of land — and without assets to seize, the authorities lose their leverage in enforcing the law.

Traditionally, temp agencies filled temporary gaps, acting as employment brokers until companies could plug any gaps in their office staff.

Now, they are repositioning themselves to offer revolving-door substitutes on the factory floor, workers who are permanently precarious instead of permanent.

Temporary staff are rarely unionized, can be terminated without notice and are traditionally paid less than permanent workers, while the temp agency pockets an undisclosed markup in their wages. They are, in essence, surrogate employers, as Mojtehedzadeh discovered when she was hired by an agency without ever meeting anyone, at an office that does not even exist.

The provincial government is promising to address the problems of precarious work.

New legislation, now being debated, would require companies to offer wage parity to temporary workers performing “substantially” similar work to that performed by permanent staff, and this would reduce one of the key financial incentives for contracting out.

But he appears oddly reluctant to take the necessary next steps to protect precarious workers.

Flynn acknowledged that the Star’s investigation revealed “there’s a problem out there that needs to be solved” and credited Mojtehedzadeh for going undercover “in a way that we (inspectors) couldn’t do at the Ministry of Labour.

“Reading it on the front page of a large newspaper I think really did help.”

But he has rejected caps on temporary workers and is in no hurry to close the loophole of lower WSIB rates; no changes are contemplated until 2019 at the earliest.

Nor is he taking legal action to hold de facto employers to account, eliminating the temp agency dodge.

Instead, the Liberal government is opting for half-measures that rely on exhortation, incentives and the goodwill of employers to remedy deep-rooted problems.

Their approach is to rely on wage parity to fix precarity, rather than delving deeper to ensure WSIB premium parity.

The underlying problem is that temp agencies are themselves temporary.

This forces the authorities to play whack-a-mole while workers keep their heads down.

The best way to prod employers to recognize their responsibilities is not merely through moral suasion in a competitive marketplace, but by legislating a level playing field so that all rivals are bound by the same fair practices.

The problem of precarious work has been discussed long enough, and now documented well enough.

Why is this government still not doing enough?