In May, the Toronto Star did a four-part series on precarious work, highlighting some key areas where the law needs to change to better protect workers. One article focused on temp agencies, and how the law does not adequately regulate them or the companies who use them. The story focused on Angel Reyes, who had been working through the same temp agency at the same recycling plant for five years at minimum wage. His co-workers hired directly by the recycling plant got paid more than him for doing the same work. There is no time limit on how long a company can employ a worker through a temp agency, so Angel remained ‘temporary’ even after five years, denying him access to benefits and other entitlements.

Five days after Angel’s story appeared in the Toronto Star, his assignment was ended. He has not received termination pay, nor an adequate explanation for why he was let go, as the temp agency and the recycling plant point the finger at each other. A follow-up article in today’s Toronto Star explains how the laws leave workers like Angel in limbo: “What this system produces is a second class of workers that can just be let go with complete flexibility. And no one cares.”

But workers like Angel, along with dozens of labour and community organizations across the province that are part of the Fight for $15 & Fairness, know what needs to change and are organizing to make it happen. 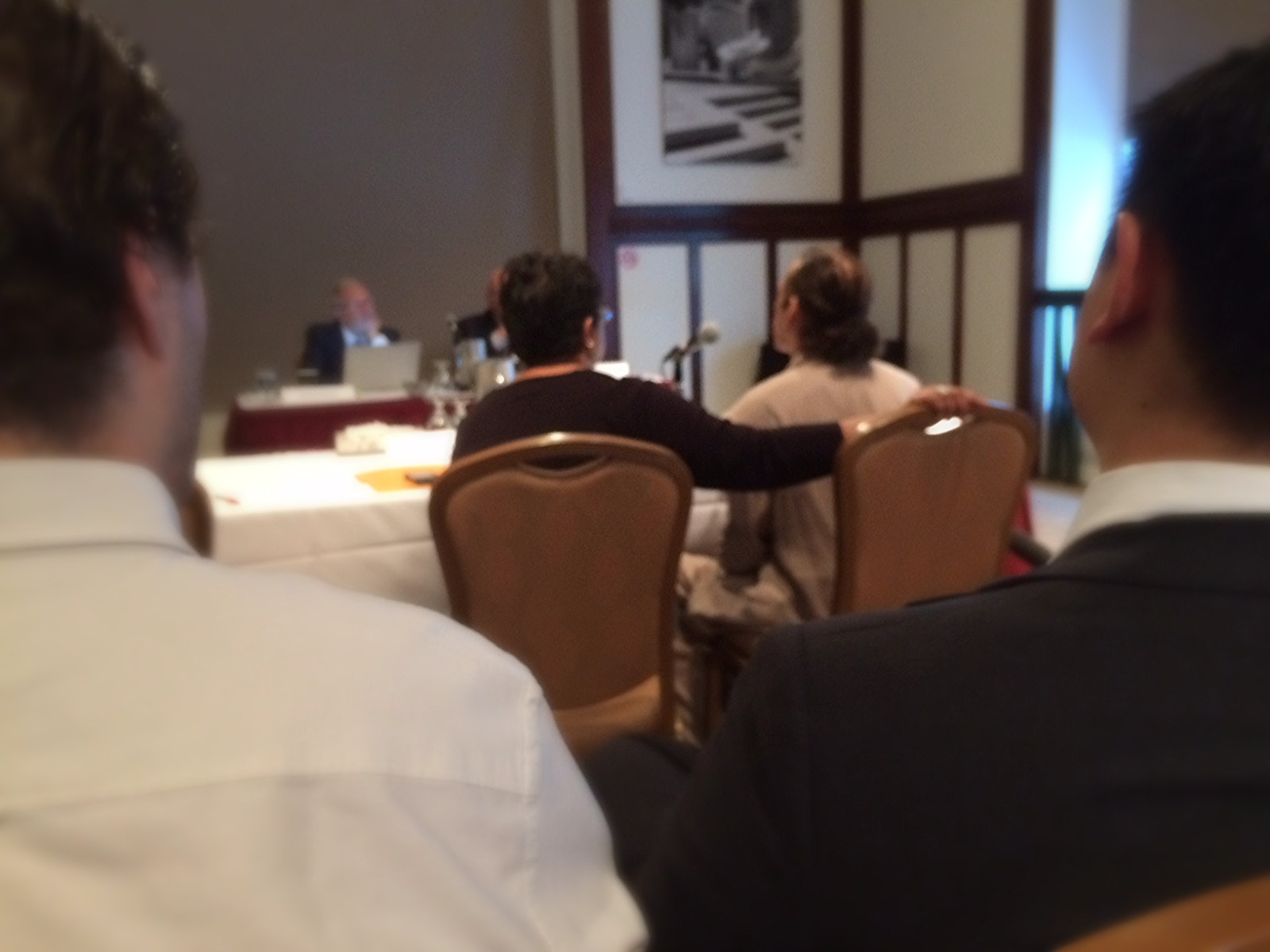 The Ontario government is holding public consultations across the province throughout the summer as part of its review of labour laws. The first consultation took place in Toronto on Tuesday, and Angel was there to tell his story and demand change. Throughout the day, workers and organizations involved in the Fight for $15 & Fairness spoke decisively about exactly how the laws need to change to better protect workers, echoing the demands of the campaign: a $15 minimum wage that covers all workers; decent hours and fair scheduling, including pay equity for part-time, temporary, and casual workers; paid sick days; better protections for workers who stand up for their rights and making it easier to form unions; eliminating exemptions and special rules that leave workers unprotected; holding employers responsible for employment standards down the chain of temp agencies and sub-contractors; and stronger enforcement of the law. Read a summary of the issues raised at the consultation here.

What can you do?

The government needs to hear from those affected by precarious work, not just during public consultations. Email Minister of Labour Kevin Flynn, or tweet him @OntMinLabour @MPPKevinFlynn. Tell him it’s #time4decentwork and #15andfairness in Ontario! Ask your friends, family, co-workers, and neighbours to do the same.

Book a meeting with your local MPP to share your experiences and your concerns, ask them to support the campaign, or ask that they organize a community forum on decent work.

Download our petition, telling the government exactly how the law needs to change, and get people in your neighbourhood to add their names.

Submit your story to the consultations. You can find information on how to do this on our website. Upcoming consultations will be taking place in Ottawa (June 18), Mississauga (June 24), and Guelph (June 25).

Start your own conversation in your community about what decent jobs would look like, or join an event organized by the Fight for $15 & Fairness near you.