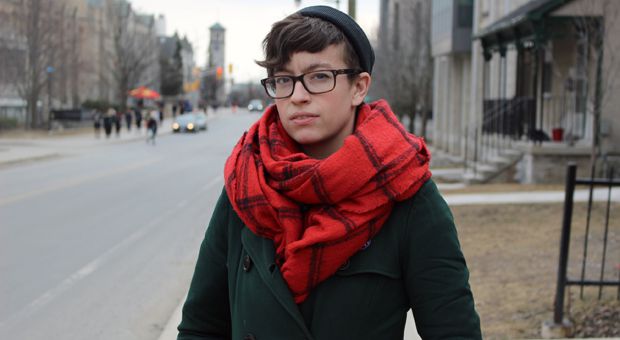 College strikes can have an impact on Queen's too

Being a millennial looking in this job-market is tough. As a graduate student at Queen's University, my peers and supervisors have told me time and time again to start planning for a career outside of academia. They say there are too many competitors for such a shrinking pool of decent jobs. While it’s true that precarious work on college and university campuses is on the rise, it’s also true that working people are fighting back.

On Oct. 15, the unions that represent full-time and partial load faculty members in Ontario went on strike that’s special and indicative of our present times. Unionized, full-time and partial load workers are bargaining to combat the rise of precarious work in higher education. Not only are their bargaining demands focused on academic freedom, but they encompass the ratio of part-time and contract to full-time faculty and equal pay for equal work.

As reported by The Toronto Star, roughly 81 per cent of college faculty are on contract. This means they’re paid a fraction of what their full-time or partial-load counterparts make, and unlike full-time faculty, they aren’t reimbursed for the preparation of classes, correspondence with students or grading.

When the proportion of part-time workers on campus increases, the proportion of poorly paid and overworked workers increases as well. To combat this, the Ontario Public Service Employees Union (OPSEU) locals represent college faculty who help fight two current trends: unequal pay and the growth of precarious (part-time, contract and temporary) forms of work.

Not only privy to Ontario colleges, we also see these worrying trends at Queen’s. While the proportion of permanent to contract workers at the faculty level is less dramatic than at St. Lawrence College, the Queen's University Faculty Association (QUFA) report 23 per cent of its faculty are “term adjuncts.” This refers to faculty that are hired on a course-by-course or otherwise limited basis rather than permanently.

As tenured professors retire, we need to be cognizant of who’s replacing them and what this means for equality at Queen's. Next time you want to recommend a friend take a class with a young and passionate professor only to find that they're no longer teaching at Queen's, ask yourself why such a talented person was unable to stay.

Chances are this professor either wasn't offered another contract, or they needed to look elsewhere for more permanent employment. If they areteaching the class again, maybe their term contract was renewed. However, unless they're listed on the department website as “continuing adjunct professor,” “associate professor,” or just “professor” this person is precariously employed.

This trend is also reflected by Queen's treatment of Teaching Assistants (TAs) on campus. Queen's TAs wear several hats in a wide range of departments. I myself am a TA in the philosophy department and spend the bulk of the hours in my contract grading logic quizzes and meeting with students to help them with some of the more difficult material.

Regardless of how they spend their time, TA work is important and classes couldn't be the size they are without us.  But as workers, we hold the not-so-proud distinction of being the only group of Queen's employees who lack childcare benefits or a meaningful, employer-paid health and dental plan.

While the typical image of a TA is that of a young grad student without responsibilities, approximately eight per cent of our members are raising children and juggling tuition payments, research, work commitments and childcare costs.

The union tries to do what it can to support its members. The modest childcare bursary we distribute to our members can range anywhere from $100 to $500. However, this doesn’t alleviate the burden of expensive childcare costs. It’s a grave mark of inequality that Queen’s TAs with children are the sole group of campus workers that must bear this burden without benefits. We look to the standard set by other teaching assistant unions who have succeeded in winning childcare benefits for their members, such as the Canadian Union of Public Employees (CUPE) local 3903 at York University.

The union of 2,000 TAs on campus — Public Service Alliance of Canada (PSAC) local 901 — is currently bargaining for a new contract. However, Queen’s University is currently ignoring our proposals for childcare benefits and an employer-paid health and dental plan. When our union presented the employer with the demands on Oct. 16, they responded by returning the proposal with strikeouts on every line.

This was worse than a weak counteroffer. It was a refusal to take our demands for fairness seriously.

Another group of campus workers I’d like to address is the Canadian Union of Public Employees (CUPE) local 229. As The Queen's Journal reported in 2014, Queen's laid off 17 full-time custodial workers. Afterwards, the school introduced a new category of “caretaker” who’s paid $15.63 an hour while “custodians” and “caretaker attendants” are paid a starting wage of $23 per hour. Currently, the “new caretakers” are growing in numbers on campus. When the higher-waged custodians leave campus or retire, they aren’t replaced by a worker who is paid the same rate. Rather, they’re replaced by the lower-paid “new caretakers.” The introduction of this new category of Physical Plant Services employee allows the University to pay their workers less for doing substantially the same job.

A similar situation is occurring in the Queen's hospitality services. While part-time workers have a starting wage of $11.50 per hour, their full-time counterparts are paid a minimum of $19 per hour. This difference is exploited by the employer, who, rather than hiring someone full-time, can instead exploit and hire part-timers who are paid less.

Campus employment is changing. We’re seeing growth in insecure, part-time contracts with fewer benefits. Queen's is becoming a place where those who provide the necessary labour for the functioning of the institution, clean our residences, prepare our food, grade our midterms and teach an amazing history course, are divided into haves and have-nots.

We, the Queen's TAs, are bargaining for childcare benefits and equity with other campus workers. If the time comes and something like a strike is deemed necessary, I hope Queen's students see the importance of helping us set a higher standard for how workers should be supported by their employer at both Queen's University and beyond.

Lesley Jamieson is a PhD Candidate and the Vice-President of Community Relations PSAC local 901.