Public Forum: Building Unity in the Era of Trump 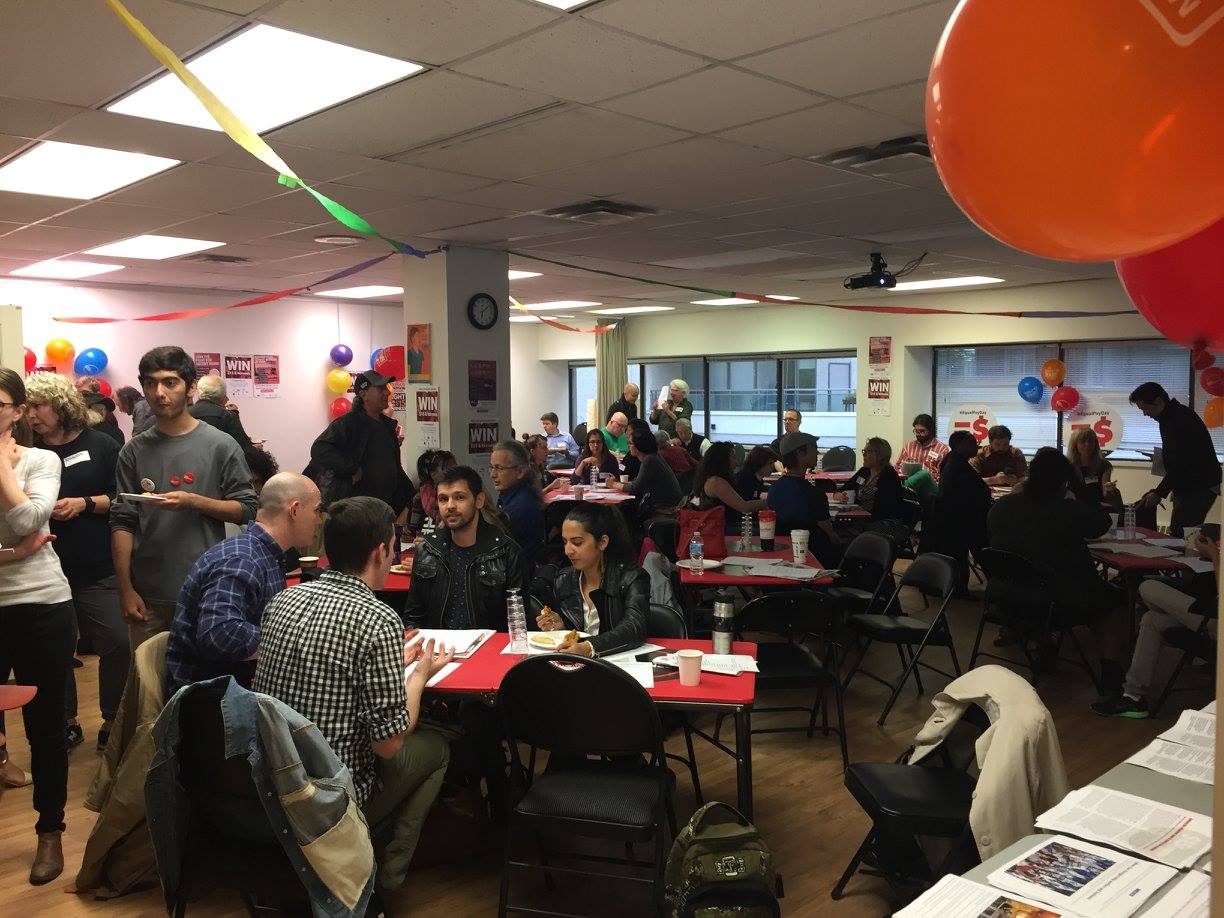 Join us to share strategies for building a strong, multiracial workers’ movement that unites union and non-union workers. Together we can raise the floor of wages and working conditions everywhere.

Event admission: Free.
Please let us know you are coming by visiting the Facebook event page, don’t forget to invite your friends and coworkers.

The US Fight for $15 has helped win raises for more than 19 million workers, putting nearly $62 billion back into workers’ pockets. The Fight for $15 has also been a driver in successful campaigns for paid sick days, fair scheduling, decent hours and so much more.

In Ontario, the government has promised sweeping changes to better protect workers and there is now growing momentum for $15 and Fairness which is calling for meaningful legislative change in 2017.

Unfortunately, the increase in bigotry unleashed by Donald Trump’s presidential campaign has been finding an echo in Canada, among politicians and in our workplaces, and it risks undermining the unity and solidarity of our movements. That’s why we must oppose racism, Islamophobia, and xenophobia in all its forms. Come out on March 31 and join the conversation.