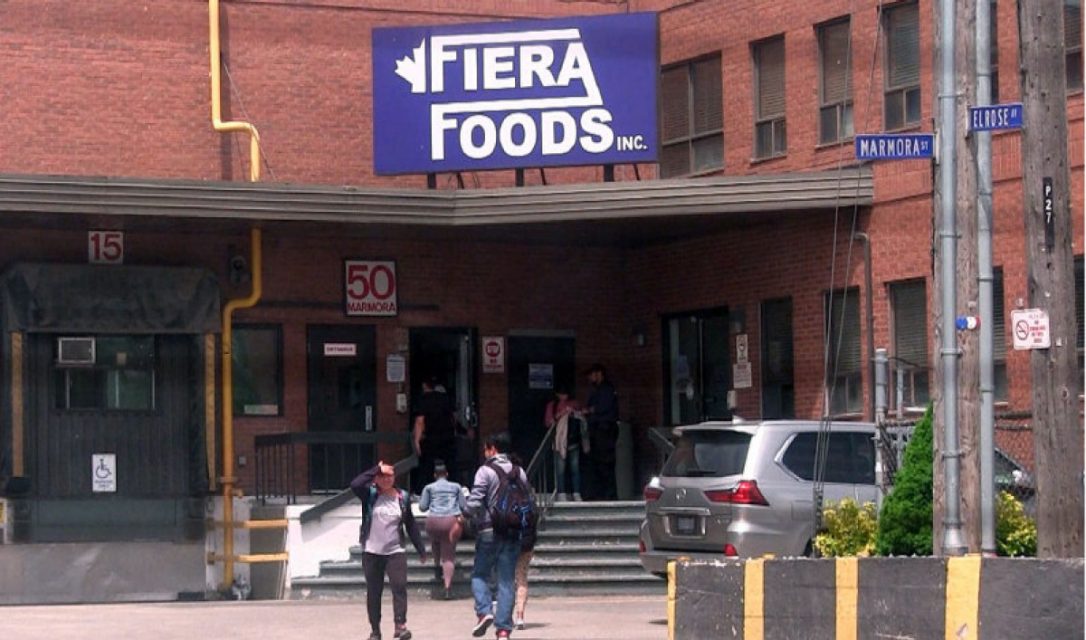 By Star Editorial Board

Bill 148 would strengthen temporary workers’ rights in some ways, but not in others. It’s not too late for the government to address the shortcomings of this legislation.

Just over a year ago, Amina Diaby, a temp agency employee working at Toronto’s Fiera Foods, died tragically on the job. Her hijab got caught in a machine, strangling her.

She was the third temp agency worker to die at a factory owned by Fiera Foods or one of its affiliated companies since 1999.

As a result of Diaby’s death Fiera now faces charges in court on Thursday under the Occupational Health and Safety Act for failing to make sure that loose clothing was not worn near a “source of entanglement.” Her death is also being investigated by Toronto police.

While nothing has been proven in court, and no charges have been laid by police, Diaby’s death highlights what critics say are flaws in the Ontario government’s new labour legislation, Bill 148.

The bill is in many ways a leap forward for worker protections in the province, but as Diaby’s case makes clear, it could be better. The measures it contains to improve working conditions for the province’s growing number of temporary workers, for instance, should be tougher – much tougher.

For example, as highlighted in reporting over the weekend by the Star’s Sara Mojtehedzadeh and Brendan Kennedy, as it stands now hiring through temp agencies limits companies’ liability for accidents on the job, reduces their responsibility for making sure that employees’ legal rights are respected, and cuts costs — all at the expense of workers’ safety and earnings.

are respected, and cuts costs — all at the expense of workers’ safety and earnings.

The legislation now before the Ontario legislature does not address these concerns. As a result, the growing trend toward hiring temp workers — creating an increase in precarious work — may continue unabated.

Temporary jobs — which include but are not limited to temp agency jobs — have grown at more than four times the rate of permanent jobs since the 2008 recession, according to Statistics Canada. In food manufacturing, for example, temp jobs have boomed by 110 per cent in Toronto in the past 10 years while permanent ones have increased by less than 3 per cent.

In fact, temp agencies can hardly keep up with demand. Over the past decade, the number of temp agency offices in Ontario has increased by 20 per cent, with some 1,700 operating in the GTA alone. Temp jobs now account for an estimated 120,000 full-time equivalent positions

This growing legion of workers needs protection. But while Bill 148 will improve the lot of temporary workers, there are many things the new legislation should address but doesn’t.

Consider safety. Research conducted for the Toronto-based Institute for Work and Health suggests that companies contract out risky work to temps. That’s because when a temp gets hurt, the company is not fully responsible because the temp agency assumes liability at the workers’ compensation board, saving their clients money on insurance premiums.

Not surprisingly, then, data from the Association of Workers Compensation Boards of Canada shows that while temp agencies operating in non-clerical sectors and construction represent less than 2 per cent of the workforce, they ranked in the top 10 for the highest number of reported injuries over the past decade. That’s compared to more than a thousand industries across the province.

Meanwhile, figures from the Workplace Safety and Insurance Board show that non-clerical temps are more than twice as likely to get hurt on the job in 2016 as their non-temp counterparts.

Despite these alarming statistics, Bill 148 would not require joint liability for agencies and their clients for all workplace rights and injuries, providing little incentive for the client company to create a safe and equitable workplace.

Nor does the bill limit the percentage of a company’s workforce that could be hired through an agency, or limit how long a company can employ workers as temps before having to make them fulltime.

As a result, companies will be able to continue to employ as much of their workforce as they want in this precarious fashion for as long as they want.

The bill no doubt takes steps to improve the lot of temporary workers. It will, for instance, rightly require equal pay for equal work for temporary and permanent workers. That should help to reduce the attraction of keeping people on a temporary work status for months and even years, rather than hiring them fulltime and giving them security and benefits.

But this measure, too, does not go far enough. The bill mandates equal pay only for “substantially” similar work. Critics say companies can fudge job descriptions to preserve pay imbalances between temporary and permanent employees. That should be addressed.

There is no question that, overall, Bill 148 is a major step in the right direction.

It expands the legal definition of “employee,” for example, to make it harder for companies to classify workers as “independent contractors” and thus deny people who work full time the appropriate pay and benefits.

Another section would make it easier for employees in certain sectors, such as cleaning staff and home-care workers, to form unions. Other reforms would require companies to provide fair notice before rescheduling shifts and improving emergency leave.

These protections, along with Premier Kathleen Wynne’s promise to phase in a minimum-wage hike to $15-per-hour, up from $11.40 an hour, signal a welcome commitment to decent work and decent pay. Such a commitment, it would seem, requires the government to go one step further.

It should take a second look at Bill 148 and strengthen its measures covering temps both to protect our most vulnerable workers and to further encourage employers to make more jobs permanent.

As the Star has argued before, growing evidence has demonstrated that everyone benefits when workers’ rights are protected and collective bargaining is strengthened.

There’s still time to improve Bill 148 to protect temporary workers from abuse, injury and even death. The government should act.