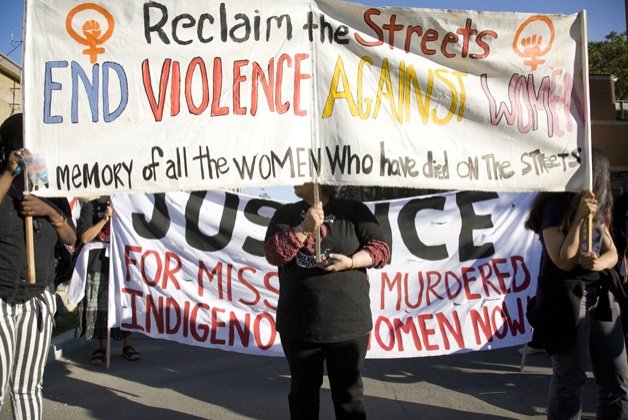 The Ford government have set in motion changes that will significantly add to the financial stress for women, including those looking to leave abusive relationships

The Raise the Rates Coalition is holding a rally outside Premier Doug Ford’s family business, Deco Labels, on Saturday (November 17), at 1 pm, to protest Bill 47, the Making Ontario Open For Business Act. Among other cost-cutting moves, the proposed legislation will repeal a planned $1 increase in minimum wage. That’s in addition to the Ford government’s decision earlier this fall to cut in half a long-awaited rate increase to already massively underfunded Ontario Works and Ontario Disability Support Payment programs.

While Bill 47 takes away hard-won protections for marginalized and racialized workers, the coalition says it’s women who stand to lose the most.

That’s because women comprise the bulk of part-time workers, says Pam Frache, coordinator of the Fight for $15 and Fairness Coalition, one of the groups organizing Saturday’s protest. The bill also removes equal pay protections. While employers are still prohibited from paying women less than men, the bill removes the right of employees to request employers review their rate of pay or provide a response in writing on the reasons why they may be receiving unequal pay.

Regarding women in the workforce, Frache says, “Maintaining a sub-poverty minimum wage and paying women less than their full-time counterparts exacerbates an already unequal situation.”

The Ford government’s proposed changes will also make it more difficult for female-dominated workplaces, like home-care services, to unionize.

Bill 47 maintains provisions brought in by the previous Liberal government providing up to 17 weeks of leave for victims of sexual assault or domestic violence. Those provisions include five days of paid leave, time that is generally used to go to doctor’s appointments, get legal assistance, find new housing, find child care and to access a variety of services for themselves and their children. But the bill repeals 10 days of job-protected leave for personal and family illness.

London West NDP MPP Peggy Sattler, the party’s former women’s critic, points out that for women escaping violence, “if her job is insecure and doesn’t pay enough to lift her out of poverty, she may still feel forced to stay in the abusive relationship.”

Research shows that women are far more likely to fall into poverty after leaving a relationship than men. Too often women are afraid to leave or are forced to return to their abusers because they can’t afford rent, child care, food, clothing and other basic necessities.

With most women’s shelters operating over capacity due to a lack of affordable transition and permanent housing, the added burden of insufficient income makes it all the more difficult for women to leave and remain out of abusive relationships. Now Ford and his government have set in motion changes that will significantly add to that financial stress for women.