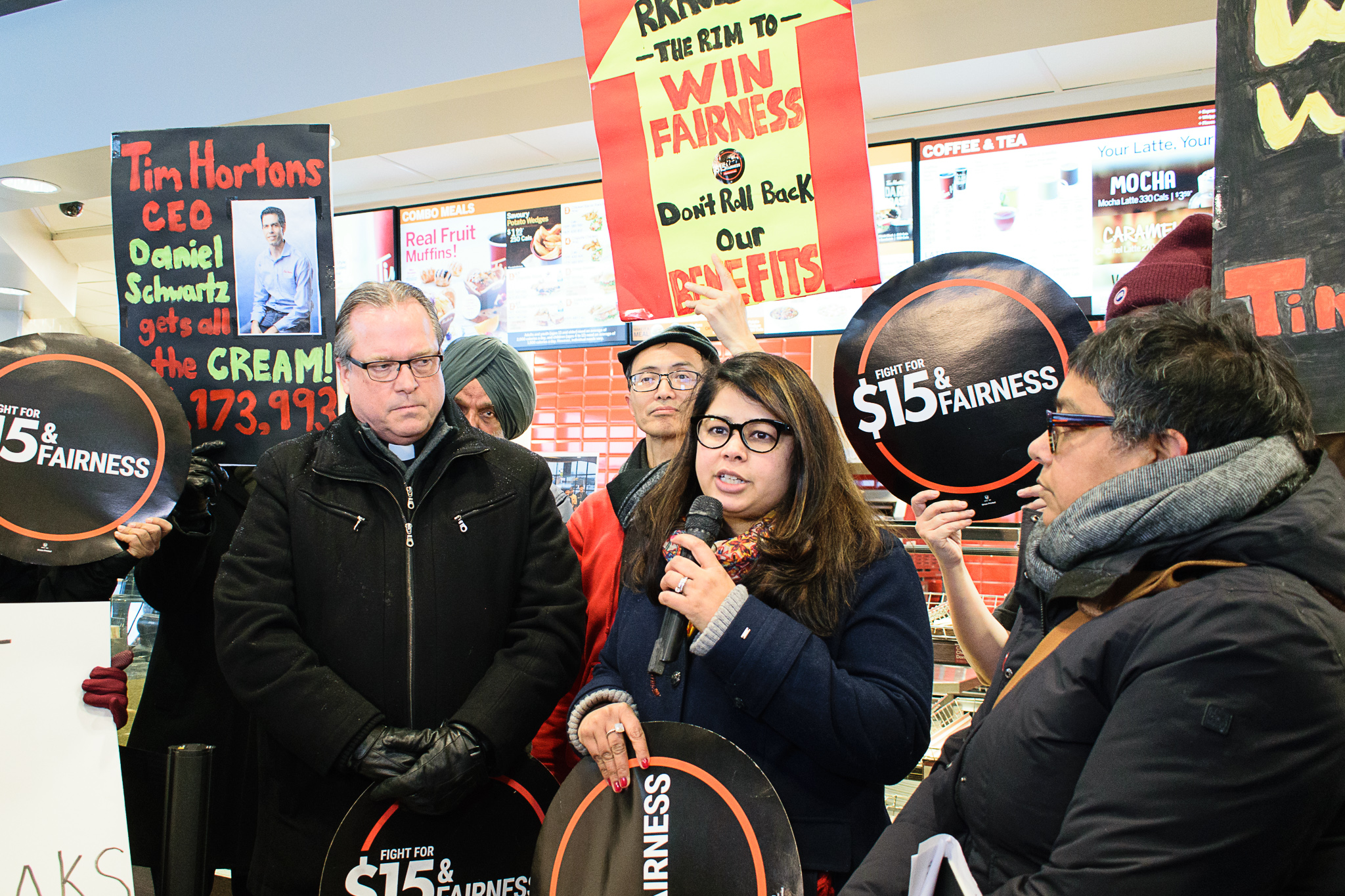 Anger continues to grow in response to the news that Tim Hortons has been slashing workers' tips, breaks and benefits. That’s why we have called a National Day of Action on Friday, January 19. Are you with us?

Even the business press agrees that attacking their own employees has created a public relations disaster for Tim Hortons. More and more Canadians are demanding justice. A massive public outcry from coast-to-coast could pressure the corporation to reverse the clawbacks on workers’ wages and benefits.

This Friday, the Fight for $15 & Fairness, together with the Ontario Federation of Labour and Leadnow, are hosting more than 50 actions outside Tim Hortons restaurants throughout the country.

Scroll down to find an action near you. Can’t see one in your neighbourhood? Click here to host your own event.

For leaflets to distribute on the Day of Action, download them from here. If you are hosting an action, click here for a few tips and tricks. Can’t make it out on Friday? Be sure to sign and share the petition to CEO Daniel Schwartz, who pockets over $6 million in salary and perks every single year, while Tim Hortons workers barely make ends meet.

Join us on Friday, January 19. Together we will send a clear message that Tim Hortons workers deserve better.

Hosted by Jane Finch Action Against Poverty
10:00 AM
Tim Hortons at Jane Finch Mall (entrance from outside the mall),
3981 Jane St, North York, ON M3N 2K1