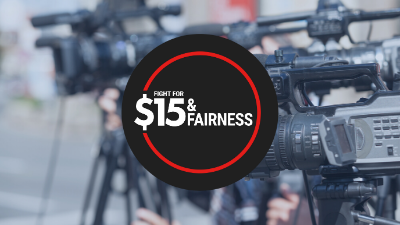 CERB extension a relief for workers facing financial devastation, say advocates. But, given the economic impact of COVID-19, workers need more than an 8-week reprieve.

Toronto, June 16, 2020 -- "For millions of workers who were just 3 weeks away from complete financial devastation, today's news brings a sigh of relief," said Deena Ladd, Executive Director of Workers' Action Centre. “But in just a few short weeks, workers will be in the same situation they were this morning - facing down an economic catastrophe.”

Prime Minister Justin Trudeau announced today that Canada Emergency Response Benefit (CERB) will be extended by 8-weeks. This $2,000 per month income support for people affected by COVID-19 had an eligibility period of only 16 weeks, meaning at least 2 million people who started receiving CERB in March were set to run out of funds as early as the first week of July.

"Of the 3 million workers who are out of work right now, many are in sectors that are not scheduled to reopen anytime soon,” said Ladd. "These workers are extremely stressed about how they will manage to survive. They deserve to know whether CERB will be there for them for as long as they need it."

"Concert halls will be one of the last places to reopen, and when they finally do it will be months before they operate at the same capacity as pre-pandemic," said Christine Ilott who juggled multiple jobs in the arts sector before COVID-19 hit. "Even the workplaces that have reopened, have done so only partially. Lower capacity means fewer staff. How are we supposed to survive on a few hours of work a week?"

Workers' Action Centre and Fight for $15 & Fairness Campaign are calling on the federal government to extend CERB by at least another 16 weeks, instead of 8, to give more financial security to workers who are just one rent cheque away from losing their housing. The federal NDP has also been calling for at least a 4-month extension to CERB.

"We are also relieved to see that bill C-17, which would have scared people back to dangerous work, will not be going ahead,” said Pam Frache, coordinator of the Fight for  $15 & Fairness. Tabled last week, this punitive legislation threatened jail time for workers who may have received CERB erroneously, leading to confusion and panic amongst many who became unemployed during the pandemic.

“The best way to incentivize work is to raise the minimum wage, make pandemic pay permanent, and ensure high standards of health and safety,” said Ladd. “And by health and safety we mean real standards that include social distancing on the job and in staff quarters, employer-paid PPE, paid sick days, and - crucially - the right to refuse unsafe work.”