Get Ready for International Women's Day 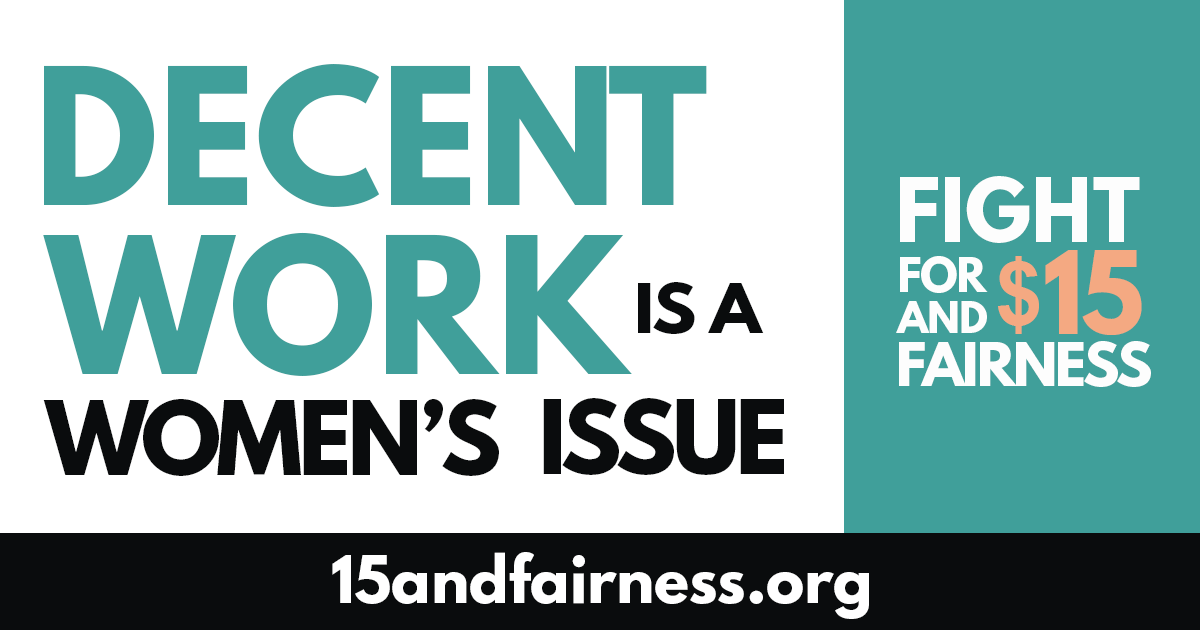 International Women’s Day – March 8 – emerged from the struggles of women workers around the world. From the multi-racial garment workers strikes in New York and Chicago at the turn of the 20th century to the women workers of Russia whose 1917 International Women’s Day strikes triggered a revolution that ended World War I, women have always been a key part of the struggle for decent work.

That’s why March 8 is a perfect opportunity to talk about why we need to keep fighting for $15 and Fairness.

The labour law reforms we have achieved together are so important! Here is what we’ve won so far:

- Equal pay for part-time, casual and temp agency workers who are doing substantially the same work as their full-time counterparts is a tremendous step forward and will go a long way toward closing the gender and equity pay gap.

- 10 days of job protected emergency leave for those in workplaces with fewer than 50 employees will provide some newly gained modest security for nearly 1.7 million workers.

- That 2 of these 10 emergency leave days are paid is a significant win for millions more workers, especially for women.

- 10 days (and up to 15 weeks) of job-protected leave in the case of sexual or domestic violence -- a big step forward for women workers. The first 5 days are paid.

- Women and workers of colour have better wages and working conditions when they are part of a union and can bargain collectively in the workplace. That’s why extending access to unions is a key win.

- Improved scheduling provisions, including a minimum of 3 hours regular pay for on-call workers is a serious win for women workers and workers of colour. Similarly, 3 hours pay for a worker whose shift is cancelled with less than 2-days notice is also crucial.

- Likewise the improvements in the calculation of holiday pay for part-time workers are also an important victory (this is already underway, unlike the scheduling provisions which will come into effect on January 1, 2019).

- The $15 minimum wage won’t be in place until January 2019. If a hostile provincial government is elected on June 7, they could stop the minimum wage increase and reverse our gains. In June 2017, we need to elect a government that will support a real $15 and Fairness agenda.

If you are in Toronto, join the Fight for $15 and Fairness contingent at Toronto’s International Women's Day rally and march on Saturday!

The campaign will also have some fun placards (click here to download for your own events) and stickers that jam the Tim Hortons brand. Click here right now to let us know you'll be joining the contingent. This year, the campaign has been given space to speak at the indoor rally, so come early to get your seats! If you can't come in the morning, join us for the march. We'll be queuing up at 12:45 pm outside OISE.

See you on the streets at International Women's Day events happening throughout the week in communities across Ontario. Together, we will win $15 & Fairness for ALL!