Inside Toronto (City Centre Mirror): Will minimum wage boost be good for Toronto? 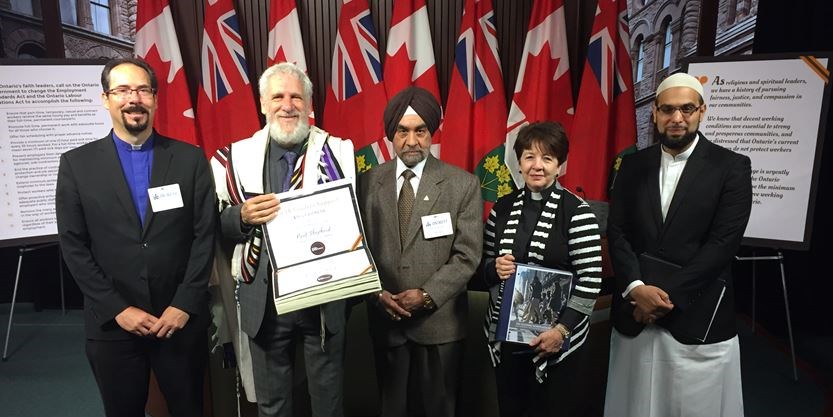 In Toronto’s downtown Regent Park neighbourhood, news that Ontario’s Liberal government was moving to a $15 minimum wage left people happy and, in some cases, speechless, says a local organizer.

“All together, we made it,” Nadira Begum, part of a campaign pushing the province for labour reforms, added on Tuesday.

“There is a big difference in people’s lives.”

For more than five years, the married mother of three has juggled three part-time jobs with no benefits.

Though some Regent Park residents thought it a waste of time, Begum and others went to rallies and pressured their MPP, Glen Murray.

Now that Premier Kathleen Wynne has committed to some of what campaigners wanted, Begum said, more actions are planned, because people know politicians say things and forget them.

“We want to see it real,” she explained.

The $15 and Fairness movement sparked concern in business groups, including the Toronto and Region Board of Trade, which called the proposed move to $15 an hour “drastic” and said it appeared to be “a wholly political decision.”

The move, which will raise the current minimum wage of $11.40 an hour to  $14 on Jan. 1 and $15 a year later, will add costs to everyday goods and services, and force Toronto employers either to let employees go, cut hours and close shop altogether, said Karl Baldauf, the Ontario Chamber of Commerce’s policy and government relations vice president.

“The notion that these policies will be seen as popular, I certainly question that,” he said Tuesday.

The province’s labour market needs responsible and “evidence-based” policy changes, Baldauf argued, “and that isn’t what we saw from the government today.”

The Chamber called for third-party economic analysis of each change to avoid “unintended consequences” that will hurt Ontario’s economy.

Now, the group will do economic research the government hasn’t done, Baldauf said, partly so it can better speak to the province about lowering corporate and small business tax rates to offset the added costs.

Rabbi Shalom Schachter, the Toronto Board of Rabbis representative on the Interfaith Social Assistance Reform Coalition, said citizens should be glad the government is trying to reduce economic inequality. They need to speak up and let the Wynne Liberals know it should be a priority in the fall session.

“We’ve been waiting for an update in these laws for decades now,” while the gap between rich and poor has grown, he said. “Trickle down economics has not worked.”

Schachter was one of nearly 200 faith leaders who signed a statement supporting the goals of the $15 and Fairness movement, believing, as he later said, they play a role in moving Ontario toward a more just society.

The faith coalition hoped for $15 this year; getting it in 2019 is “the longest delay we would be prepared to accept,” Schachter said.

Some businesses welcomed the promised changes to wages and employment standards, believing they’ll lead to more spending power, which will support local businesses in turn. “It’s putting good-paying jobs back into the community,” said Amanda Terfloth, co-ordinator of the Better Way to Build the Economy Alliance.

The group’s 27 businesses range from four to 7,000 employees, she said.