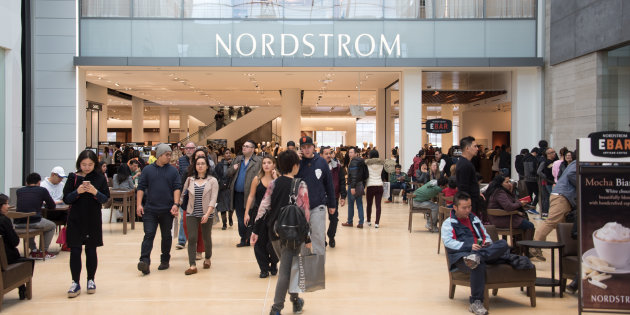 Many experts predicted that Ontario's hefty minimum wage hike to $14 an hour at the start of this year would harm the province's job creation.

TD Bank issued a study suggesting the move could cost the province some 90,000 jobs. Industry group Restaurants Canada warned the wage hike, along with other labour law reforms, would put 185,000 jobs at risk, including 17,000 in food services.

Some employers seemed to get downright nasty to their workers in the wake of the wage hike. Take, for instance, reports of some Tim Hortons franchisees cutting paid breaks and benefits for workers.

But six months later, there is no sign of the wage hike having negatively impacted job creation in Ontario. The province added some 60,000 jobs in July (though many of those were in the public sector) and its unemployment rate fell to 5.4 per cent, according to Statistics Canada data — the lowest rate in 18 years.

"Employers seem reluctant to part with their now more expensive workers perhaps due to reported labour shortages," Rangasamy added, "although the persistence of strong sales and profits could also explain the resilience of employment."

Indeed, there are labour shortages all across Canada's economy these days.

The Canadian Federation of Independent Business reports there were nearly 400,000 jobs in Canada that had been unfilled for four months or more in the second quarter of this year. Ontario accounts for nearly 155,000 of those vacant jobs.

The 3.1-per-cent job vacancy rate is the highest since the CFIB started tracking these numbers in 2004.

But how have things played out for minimum-wage workers in Ontario?

We looked at two industries that rely particularly heavily on minimum wage workers: Accommodation and food services, and retail and wholesale trade.

In accommodation and food services, Ontario added an impressive 14,000 jobs since the $14-an-hour minimum wage came into force in January, an increase of 2.3 per cent.

That's stronger job growth for that category than across Canada as a whole, which saw a 1.5 per cent increase over that time.

In wholesale and retail, Ontario lost jobs — down 0.8 per cent since the start of the year. But Canada as a whole saw jobs drop by a much steeper 1.8 per cent over that time. In this category, Ontario is still outperforming the Canadian average.

Of course, what we can't know is how job growth in Ontario would have looked had the minimum wage hike not happened; conceivably, it may have been even stronger.

But the data suggests that the minimum wage hike didn't derail Ontario's economic momentum. It reflects what some economists have argued for a long time: Minimum wage hikes have little impact on job growth. Other factors in the economy play a larger role.

In Ontario's case, that may have to do lately with the very strong population growth the province has seen over the past year — up about 1.8 per cent, according to a recent analysis from Bank of Montreal. That is creating a lot of new demand in the economy.

The previous provincial Liberal government had planned to raise the minimum wage again at the beginning of 2019, to $15 an hour.

But the new Progressive Conservative government under Premier Doug Ford has vowed to roll back that hike. The government has vowed instead to eliminate provincial income taxes for minimum wage earners.