Globe and Mail: What minimum-wage critics don't want you to know 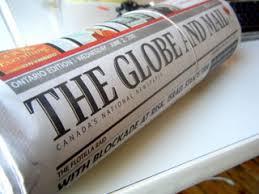 Jim Stanford is the Harold Innes Industry Professor of Economics at McMaster University and an adviser to Unifor.

Business lobbyists oppose plans in Ontario, Alberta and B.C. to increase the minimum wage to $15, claiming they will destroy jobs. And in the lead-up to the Ontario legislature's looming vote on the matter, a rash of new reports has been issued by businesses or business-friendly think tanks to buttress these claims, including from the Fraser Institute, the Ontario Chamber of Commerce, the C.D. Howe Institute, and TD Bank. Oddly, an Ontario agency with no special labour economics expertise (the Financial Accountability Office) even joined the dogpile, with a somewhat more balanced but still negative forecast. The studies predict job losses measured in the tens or hundreds of thousands.

There are numerous flaws in these predictions, exposed in detail by other economists (including Michal Rozworski, Jordan Brennan, and Trevor Tombe). None of the studies provides new insight into the employment impacts of minimum wages; instead, they selectively invoke previous academic research in back-of-the-envelope calculations of what could happen if those previous findings were valid. These selected parameters (called "elasticities") predetermine the authors' negative employment projections, but they do not represent the range of modern research, much of which concludes that the employment effects of minimum wages are either insignificant or even positive.

Several reports dredge up the red herring that minimum wages are irrelevant to poverty reduction. In fact, only 18 per cent of those earning under $15 an hour in Ontario are teenagers; and at any rate, no matter who a worker lives with, they are entitled to a fair wage.

Others claim the wage is rising too quickly – not that they ever advocated $15 on any timetable. Indeed, businesses now complaining about a "sudden" increase in the minimum wage, should have opposed its steady erosion over the past generation. In 1976, Ontario's minimum wage equalled 25 per cent of the average productivity of an hour's labour; today, it's worth just 17 per cent. If minimum wages had been consistently protected, then no catch-up would be necessary.

The most troubling aspect, however, is how these reports are being misused to imply a coming employment decline under higher minimum wages. Not one actually predicts an absolute employment decline; some explicitly confirm continued expansion. Yet media coverage and political commentary misrepresent them as warnings of a jobs downturn. And their authors have not gone out of their way to correct the misimpression.

Most use a "counterfactual" methodology, estimating the impact on employment from minimum wage changes on assumption everything else in the economy remains unchanged. If nothing else happened, the logic goes, higher minimum wages would cause employers to replace workers with machines, or downsize, or both, and jobs would disappear (if those assumed negative elasticities are valid).

But other things are changing in the economy and that is exactly the point. All three provinces are experiencing healthy employment growth – even Alberta, recovering from its oil shock. More than 280,000 jobs were created in those provinces in the last year. The most that any of these studies can claim is that employment will grow more slowly under higher minimum wages than in their absence. None predict that employment will decline.

So I am going out on a limb to predict that employment in all three provinces will increase with higher minimum wages – not because of them, of course, but because of factors (such as economic growth, population and aggregate demand) that matter most to employment. Whether job growth is a bit slower or a bit faster with higher minimum wages hardly matters (especially with the Bank of Canada now hiking interest rates for fears unemployment is falling too low). Canada's labour market is on a roll and will remain so after these provinces take this important step. This is the perfect time to redirect growth so more benefit reaches those who need it most.

In fact, I am so confident in this prediction I will put my money where my mouth is. I have written the authors cited above proposing a friendly bet: a $500 wager with each, that employment in each province (as reported by Statistics Canada) will increase in the year after the minimum wage is next hiked.

I doubt any will take me up on the offer (after all, some have already said as much). But that simply underlines my point. All these dire business forecasts are missing the labour market forest for the trees.

Read the Globe and Mail Story