Globe and Mail: Ontario labour reforms nothing to fear, some small-business owners say 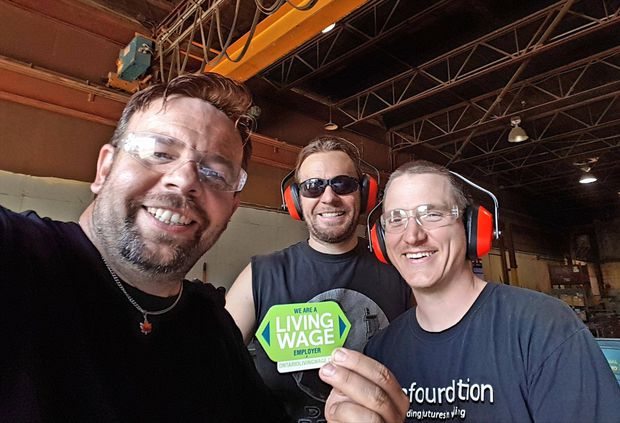 Many in the business community have condemned Ontario's vast suite of proposed labour reforms – which include raising the minimum wage to $15 – but not all employers agree the outcome is bleak.

Entrepreneurs who have seen their businesses flourish while paying above minimum wage and adding other employee perks will share words of encouragement at a Sept. 12 conference in Toronto.

"Small-business ownership is a huge struggle, but for me personally it hasn't been because of the wages," said Jessica Carpinone, co-owner of Ottawa bakery Bread By Us, which pays its 10 employees $15 per hour.

Opinion: On minimum wage debate, analysts are missing the forest for the trees

The province's Liberal government is proposing reforms including new limitations on how workers are scheduled, equal hourly wages for full-time and part-time workers, more access to time away and an increase in minimum wage to $15 in 2019 from $11.40 now.

Carpinone is a member of the Better Way To Build the Economy Alliance, an advocacy group for business owners "championing a good jobs strategy."

The Alliance has partnered with Ryerson University's Centre for Labour Management Relations for the upcoming conference, titled "Smart Employers Talk: Building a Better Economy One Job at a Time."

The message of success through investing in staff stands in contrast to the concerns of much of the business community since the labour reforms were announced in May. Restaurants have complained about reductions to already slim margins, while groups such as the Retail Council of Canada and the Ontario Chamber of Commerce have called the changes "too much, too soon." They warn some businesses will have to lay off employees, defer hires or shut down altogether.

The conference panels will cover the effects on individual companies, communities and the economy at large when workers are paid more and included in decisions that affect their jobs.

Better Way Alliance member Anita Agrawal is the CEO of Best Bargains, a family-run jewellery manufacturer and wholesaling business in Toronto that's been operating for almost three decades. She raised her five employees' wages to about $13.50 per hour in 2008 and now pays $16.25. Her workers are paid for their lunch period, something not all employers do, and get two paid sick days annually.

She admits it was "tough" at first to make ends meet, especially since it was during the global financial crisis . Balancing the books meant cutting in other areas: she halved her marketing and advertising budget and focused on social media and direct marketing campaigns . She also reduced inventory costs .

Best Bargains also increased its use of subcontractors for specialized items, allowing its team to focus on the areas where it was strongest.

"The quality of our product improved and consequently we have better relationships with our clients," she said, adding that she has virtually no employee turnover. "I have a relationship with my staff and they are not going to leave."

Damin Starr, a panelist at the conference, has also seen improvements in quality since re-evaluating his employee relations. His company, Pre-Line Processing, is based in Ontario's Niagara Region and does prefabrication of metal parts for the locomotive industry. His employees are paid the local living wage, which is $17.57 according to Living Wage Ontario.

Before 2012, Pre-Line was paying just above minimum wage and was accustomed to churning through workers . From 2005, when Starr bought the business, to 2008, he employed between 15 and 21 people at a time and saw annual turnover of about 75 per cent.

When the economic crisis hit and sales went down, Starr pared his work force to between five and seven employees . When business returned post-recession, the reduced staff became overwhelmed and turnover returned at the same rate as before.

"I was burned out. Every time I left, I was worried someone wouldn't show up for work."

In 2012, Starr began down the path of raising wages and adding flexible scheduling and benefits. Since then, fewer people skip work, which means fewer delays in production.

Lower absenteeism and turnover have more than accounted for the improved wages and benefits, he said.

Starr feels that as long as he provides a workplace that supports his employees' personal and employment goals, they will be motivated to stay.

"People most often leave jobs because of bad managers, not typically because of wage issues," she wrote in an e-mail.