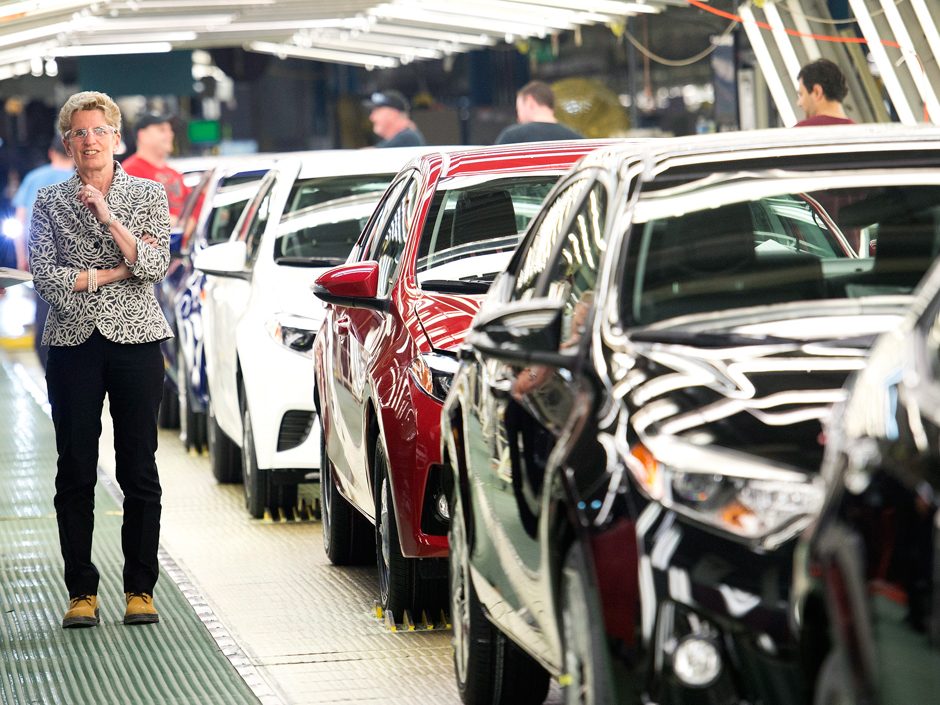 The Ontario legislature passed a bill Wednesday including the much-ballyhooed minimum wage hike that has been hailed as both massive boon and possible job-killer for Canada’s most populous province.

But Bill 148 — the Fair Workplaces, Better Jobs Act — contains much more than an increase in the minimum wage to $15 per hour. The legislation follows a lengthy review ordered up by Ontario’s Liberal government of provincial employment and labour law, and as such contains sweeping reforms that will be felt by businesses of all sizes.

“We know the province’s economy is doing very well, but not everybody is sharing in that prosperity,” Ontario Labour Minister Kevin Flynn said during Wednesday’s question period at Queen’s Park. “It needs to change. Bill 148 is that change.”

So what’s actually in the bill? Here are a few of the changes it will ultimately make in Ontario:

• The wage hike – There is more in the legislation than just the headline increase to the province’s minimum wage, which consists of a hike to $14 per hour on Jan. 1, 2018, followed by a bump to $15 per hour in 2019. Outside of that, liquor servers, students under 18, hunting and fishing guides and people working from their homes for an employer would continue to be paid a special minimum wage rate, but that rate “will increase by the same percentage as the general minimum wage,” the province has said.

And while not in the legislation passed Wednesday, the government is trying to ease the burden of the wage hike on small businesses by cutting their corporate income tax rate, to 3.5 per cent from 4.5 per cent. This is “to provide increased support for small businesses and help them become more competitive,” the province’s fall economic and fiscal update said. The tax cut would be effective as of Jan. 1, according to the government, the same day the minimum wage will be hiked to $14 per hour.

• No more mandatory high heels – Bill 148 would add a section to the province’s Occupational Health and Safety Act that would block employers from forcing workers to wear high heels, “unless it is required for the worker to perform his or her work safely.” An exception will be made for employers looking for a “performer” in the entertainment and advertising industries, the law says.

• Solidarity – Bill 148 will arguably make it easier for some employees to unionize. It allows for “card-based” certification — wherein workers can form a union if enough employees sign a card saying they want to be represented by the union, rather than a vote having to be held — for the building services, home care and community services, and temporary help agency industries. This is in addition to the construction sector, which already uses the card-based method.

• Scheduling – Bill 148 is chock full of changes to how bosses can pencil in their hires for shifts. As one example, when an employee has worked somewhere for more than three months, the law allows them to ask for schedule or location changes, “without fear of reprisal,” the government says.

• Leave — The legislation contains a number of sections establishing rules around leaves and holidays, such as employers having to give their workers a minimum of three weeks of paid vacation if the employees have been working for them for five years or more.

• Equal pay for equal work – Bill 148 sets out that casual, part-time, temporary and seasonal workers get paid the same as full-timers when they are “substantially” doing the same job for the same employer.

What’s more, workers who suspect that they’re not receiving equal pay can ask for a “review” from their employer, following which the employer could adjust the employee’s pay or be forced to issue a written response as to why they disagree a change is needed. The legislation also says employers can’t cut employee pay in order to comply with the law.