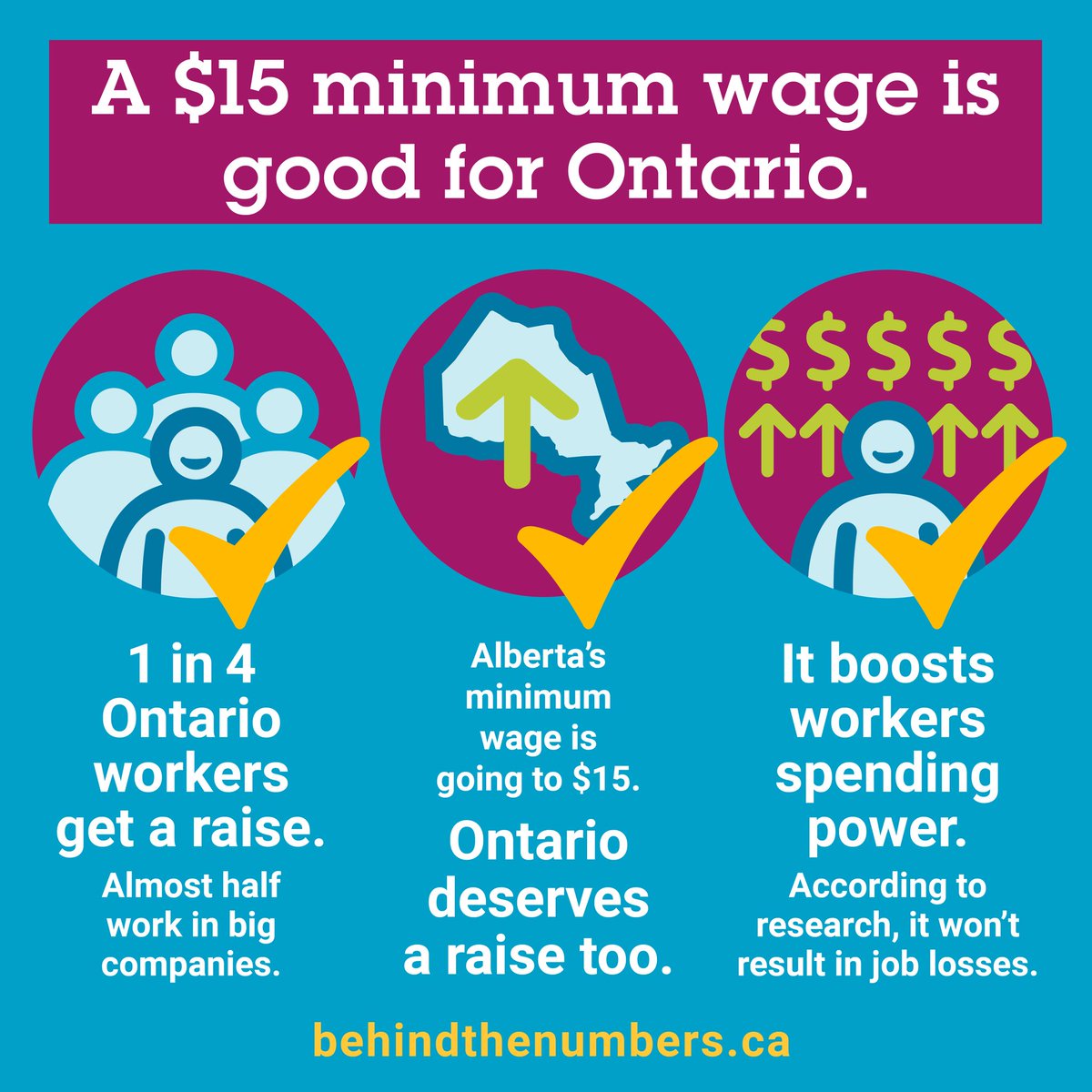 By Sheila Block and Michal Rozworski

Each week, it seems, we see a new report that exaggerates the potential negative impact of Ontario’s plan to get to a $15 minimum wage by 2019.

Using a selective reading of the economic research and ignoring the more recent consensus in the profession, the authors of these reports cry wolf over Ontario’s move to increase the minimum wage and reduce income inequality.

The latest in this line of attack comes from the Fraser Institute and, like the other reports, this one relies on a selective reading of the research.

The Fraser Institute’s latest missive differs from others in that it doesn’t have concrete job loss numbers to feed headlines. Instead, it warns that the impacts of a $15 minimum wage will be unprecedented and especially detrimental to younger workers in regions where wage rates are lower.

Rather than fear-mongering about job losses, they are fear-mongering about the Kaitz index. This index is most often constructed comparing the minimum wage to the median wage of full-time workers. This is the metric that the OECD uses, as does much of the research cited in the Fraser Institute report.

However, the Fraser Institute used the ratio of the minimum wage to the median wage for all workers.

Reliance on this calculation has resulted in problematic math mistakes for other business lobby groups.

Using this  measure, the ratio of Ontario’s minimum wage to the median wage will be 57 per cent, not 64 per cent, in 2019. This is important because a 57 per cent ratio is not the unprecedented “uncharted waters” that the Fraser Institute claims it to be.

For example, 57 per cent is nowhere near as far from the OECD average of 52 per cent as is the Fraser Institute’s apples-to-oranges comparator of 64 per cent.

And it is important to emphasize that, in reality, this ratio will not be unprecedented moving forward. Many cities and states will reach an index higher than 57 per cent in the near future, including neighbouring New York, whose minimum wage is set to rise to 59 per cent of the full-time median by 2021.

Let’s not forget the big picture. A minimum wage that is a higher proportion of the median or average wage is in itself not a bad thing: wage compression–less distance between those at the bottom and those closer to the top–is good!”

Like the other anti-minimum wage hike reports it has released, the Fraser Institute glosses over or ignores the positive local economic impacts a $15 minimum wage will have on household incomes and consumption—which will be good for local economies.

The Fraser report also hones in on the fate of teenaged workers. It neglects, however, to acknowledge that the vast majority workers who will benefit from the increase to $15 an hour are over the age of 20: 82 per cent.

The truth is there is so little substance in this Fraser Institute’s report that there is little to analyze by way of fact-checking. It’s really just a long op-ed rehashing the same arguments this business-backed organization has been waging for decades.

Because it’s a rehash of old warnings, it’s important to look back at the Fraser Institute’s previous warnings to see if any of them held true.

First, there was the Fraser Institute response to the British Columbia increase in the minimum wage. Starting in May 2011, the B.C. government raised the minimum wage from $8 to $10.25 over the course of a year.

In relative terms, this boost was almost exactly the same as today’s proposed increase to $15 in Ontario (28 per cent in B.C. versus 29 per cent in Ontario, with a year-long phase in for both in order to give businesses time to adjust).

In the lead-up to B.C.’s change, the Fraser Institute produced a report that also predicted massive job losses—52,000 in total—which it claimed would disproportionately hit teenaged workers.

In fact, over the course of the year that British Columbia’s minimum wage was increasing and in the following year, the province added nearly 50,000 jobs—contrary to what Fraser predicted—and the unemployment rate dropped by 0.7 per cent.

The job losses for teenagers were a mere tenth of what the Fraser Institute had estimated, and even those likely had more to do with a surge in post-secondary education than the minimum wage increase.

Then there was the Fraser Institute’s response to Alberta’s increase in the minimum wage. It predicted similar negative impacts but what happened in reality? Employment in minimum wage-sensitive industries in Alberta actually increased.

The Fraser Institute is adding little credible substance to the debate in Ontario and it has a history of making alarmist predictions that don’t pan out.

Ontario’s minimum wage hike is not wading into uncharted waters, as the Fraser Institute is claiming. It is a clear win for workers in Ontario who need and deserve $15 and Fairness.