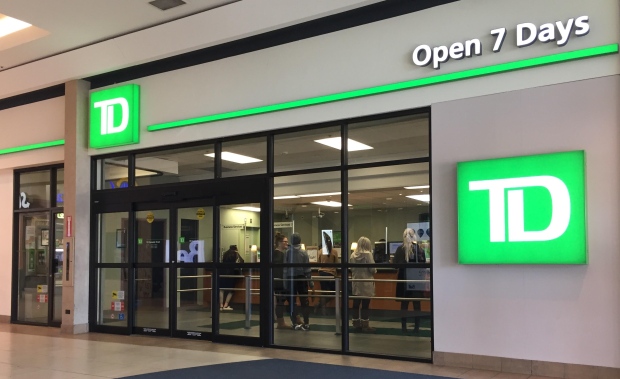 Business in skewed economic assessments of Ontario’s move to a $15 per hour minimum wage has been brisk this week.

Only a day before the Chamber of Commerce released its full (of holes) study, the economics department of TD Bank published its own dire predictions about job losses. The gloomy prognosis discounts the weight of much recent research, which points in the opposite direction: substantial net benefit for low-wage workers.

On a positive note, the TD analysis is at least explicit about impacts of minimum wage increases on both sides of the cost-benefit ledger—unlike recent reports by the Fraser Institute and CANCEA.

Better jobs
The discussion of effects on business investment and the labour market is robust: TD correctly states that higher minimum wage can lead to lower turnover and more productive, better trained workers.

In fact, this analysis effectively summarizes why $15 is so important: “raising the minimum wage represents a direct transfer of income from businesses to low-wage earners.”

This is welcome, given that Ontario’s minimum wage has barely budged in inflation-adjusted terms since the 1970s, while income inequality has grown.

Outdated stereotypes
However, the discussion of big picture effects still relies on outdated stereotypes. For example, the analysis of the increase in consumer spending quickly reverts to the image of the minimum wage worker as middle class, usually associated with teenagers or young adults.

We know, however, that the profile of those making less than $15 (and not just minimum wage) has moved away from that stereotype. Indeed, about 80 per cent of Ontario workers making under $15 per hour are over the age of 20; groups like new immigrants are disproportionately represented.

This stereotype of the minimum wage teenager is at the centre of the biggest problem with the TD Bank analysis: predictions of large job losses that are out of line with the latest research.

It’s important to note that “job loss” does not mean TD expects mass layoffs. Instead, the bank admits that it expects continued job growth in Ontario, only potentially more slowly than before. Some workers may also see fewer hours. Economists call this disemployment—not job loss.

In general, it looks like the TD economists make the common mistake of misapplying potential higher disemployment effects for teenagers or young adults (20-24) to the entire workforce and choose to ignore the emerging consensus around negligible to small job impacts.

TD economists cite elasticities of employment in the range of -0.1 to -0.3 (a 10 per cent increase in the minimum wage leads to a 1-3 per cent reduction in employment). These numbers apply, if at all, to teenagers. Much of today’s best research consistently shows elasticities statistically indistinguishable from zero for adults.

This translates into, on average, little to no job loss in aggregate from moderate minimum wage increases. Meanwhile, there will be a significant boost to incomes among the lowest paid workers in Ontario.

One bone to pick with TD’s report: some well-regarded studies have even shown small job gains, so TD is wrong to say that the literature is purely concerned with the amount of disemployment.

Newer research supports a higher minimum wage
The authors of the TD analysis try to paint a picture of conflicting studies, but it is really the weight of evidence from multiple studies that has solidified this new consensus. The evidence includes “studies of studies” that synthesize results from multiple individual ones. The one study showing job loss in Seattle that TD mentions is so far an outlier in this trend and has been criticized widely, including in the Financial Times.

Using numbers from the most recent Canadian and U.S. research would produce job loss estimates between two and 10 times smaller than the low end of the TD Bank estimates. In fact, the high end number of 150,000 jobs provided by TD is similar to discredited reports from groups like the Fraser Institute or the CFIB.

The dire prediction of job loss offered by TD reflects a view from bygone days; one that has undergone a tectonic shift as a result of a more nuanced understanding of how the labour market works and more sophisticated statistical techniques.

A recent op-ed co-authored by two past presidents of the Canadian Economics Association, Jim Stanford and myself, makes this point forcefully:

It is interesting that the TD Bank report spends time quantifying only its chosen negative effects of minimum wage hikes, such as disemployment, while leaving out many other quantifiable effects on the positive side like poverty reduction.

Not once do we hear how many billions of dollars in extra wages will go into the pockets of low-wage workers. In general, job loss should not be our only, or even primary, concern when assessing the impacts of minimum wage increases: this policy makes the vast majority of low-wage workers better off.

Wage compression is good
The TD note’s authors also note that it is helpful to compare the minimum wage to the average or median wage. They state that Ontario’s minimum will rise to 63 per cent of the median and that this is a problem.

First, this number is inflated. TD repeats the Fraser Institute’s mistake of comparing the minimum wage to the median for all workers rather than the more frequently used median for full-time workers. For example, the OECD uses the full-time measure in its official statistics.

In 2019, Ontario’s $15 per hour minimum wage will be around 57 per cent of the full-time median wage, a figure not unheard of in other jurisdictions today or in the past and coming to others moving to $15 in the near future.

More importantly, this says something about wage growth in general: if the median wage is close to a poverty line wage, it is also, in part, because wages for many workers have been growing far too slowly for far too long.

A minimum wage that is a higher proportion of the median wage is an argument for the benefits of increasing the minimum wage: wage compression–less distance between those at the bottom and those at the top–is good.

Finally, the TD analysis states that the best time to raise the minimum wage is when the economy is strong. While its authors warn of a coming economic downturn, the Bank of Canada is confident enough in the strength of the economy to have started raising interest rates, with a second hike just recently. TD’s own forecasts for 2018 also foresee a healthy pace of growth.

The time for a bold, long overdue raise for the lowest paid is now.