By Jenny Cowley and Nelisha Vellani

Higher percentage of servers' tips being shared amongst other staff

A number of popular Canadian restaurants have increased the amount of tips servers must share with their colleagues, CBC's Marketplace has learned. And many servers say that money is being doled out to higher-paid staff in lieu of a raise.

"Tipping out" is a common practice in which servers pay into a pool that managers then distribute to non-tip-receiving staff such as hostesses, bussers and kitchen workers.

As businesses grapple with increases to minimum wage, some have cut employee hours, reduced benefits or found other ways to offset increased costs.

In a hidden microphone investigation, Marketplace visited seven randomly selected restaurant chains that had raised servers' tip out percentages since Ontario's minimum wage went from $11.60 to $14 on Jan. 1 (those who serve liquor in licensed establishments saw their minimum hourly wage rise from $10.10 to $12.20).

Many large family dining chains calculate tip out as a percentage — typically between two and five per cent — of each server's total food and beverage sales each shift. If 10 tables each spend $100, the server's tip out could be between $20 and $50.

Apart from Quebec, which does not allow restaurant owners to enforce tip sharing, there are no federal or provincial regulations governing tip out amounts.

Most of the restaurant locations Marketplace visited had bumped the tip out by one percentage point.

For instance, The Keg went from four to five per cent. East Side Mario's from 2.5 to 3.5 per cent.

Earls, a chain with 56 locations across Canada, increased its tip out by 0.5 percentage points, but it had the highest total tip out, at 5.5 per cent.

An employee at Moxie's, which has 66 locations, told Marketplace their tip out was expected to increase to 5.75 per cent, from 4.75.

Ontario and Alberta will both have a $15 minimum wage by this time next year, and in several other provinces, the minimum wage increases each year on a certain date. With those increases, there is pressure on some restaurateurs to also give a salary hike to higher-paid workers, often as an incentive to keep reliable and valuable staff.

"We, the servers, have to pick up the slack," said one employee at a Keg location. "The servers aren't happy about it, but there's nothing we can do."

A server at a popular family dining chain in Alberta says it isn't fair to supplement the higher-paid workers' wages with those of lower-paid ones. 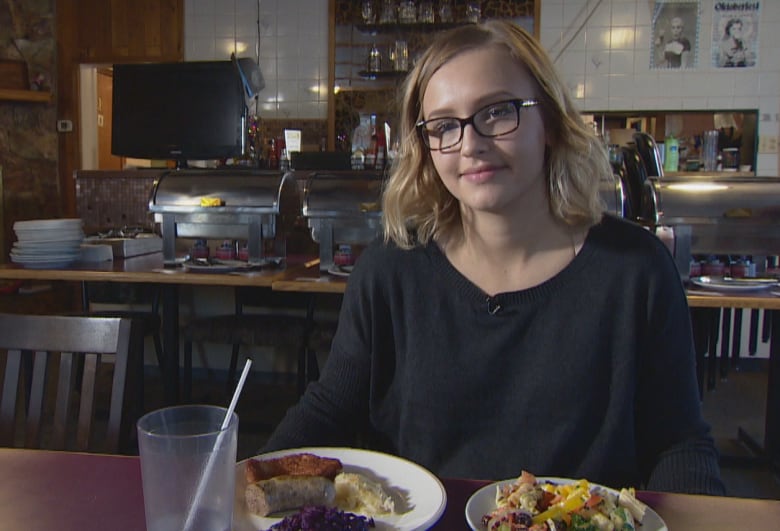 "I am a little frustrated," said Grace Ford. "There's days where I worked 12 hours, and I still give out $80 of my tips that I've worked all day for to people who sometimes mess up [customers'] food … a customer gets mad, it's me who in the long run suffers from it.

"There's money taken out of my pocket that I worked so hard for, and it just disappears and goes to other people who already make more money than I do."

In statements to Marketplace, the Ontario Ministry of Labour said, "Tip pool money (including tip outs) can only come from an employee's tips or other gratuities, not from any other source."

But tip outs must still be paid when servers don't get tipped, or earn less in tips than what they would have to contribute.

In a restaurant with a five per cent tip-out policy, a server still has to tip out $5 on every $100 tab.

Some employees Marketplace spoke to said they've sometimes had to pay out of their own pockets to make their tip-out contribution.

At one Moxie's location a server told CBC, "The amount of times I've … pretty much had to give the restaurant money out of my pocket, it's a lot."

A server at a Montana's said, "There [were] times that I had a party of 12 … they didn't tip me because they were upset with the food that they got, nothing to do with my service. And I actually paid to come to work."

"Employers are feeling very confident to be able to start changing the tip pool and how it's distributed amongst the staff," says Deena Ladd, a workers' rights advocate.

"And I would say to employers that, you know, part of you running your restaurant is based on customer satisfaction. Do you really want your customers knowing how you're treating your workers?"

She says restaurant owners should be creating a tip pool that is not "taking it out on servers" and that all the employees feel is fair.

In a statement, Earls told Marketplace, "Our people are our greatest asset, and our priority has always been to make sure all roles contributing to the service experience are fairly compensated."

Moxie's said it is confident that all of its policies are lawful and fair.

Sunset Grill referred Marketplace to a CBC story last month that reported the increase in tip outs was made to "bridge the unfair pay equity gap for all non-serving staff."

The Keg, East Side Mario's, Kelsey's and Montana's did not respond to requests for comment.

Restaurants Canada, the group representing the industry, said in a statement, "Tip-pools and tip outs are a way to recognize the efforts of the entire team — from the server to the kitchen staff to the hosts and the bussers."

The group would not publicly disclose its member restaurants. Earls told CBC the organization's statement accurately reflects its point of view.

Ford says it's wrong to take more from servers.

"They should stop raising the money that's coming out of my pocket and find other ways to give them higher wages — or increase food prices even," she said.

"We felt that some of the models that we're seeing elsewhere is a bit of robbing Peter to pay Paul," said Ivan Getz, owner and manager of Union Local 613. "When we make decisions here, my staff know exactly how much money I make. When we make strategic decisions, they're involved in that process."

His solution? Shaving dollars off his profits and slight increases to menu prices.

"The customer wouldn't even notice it."