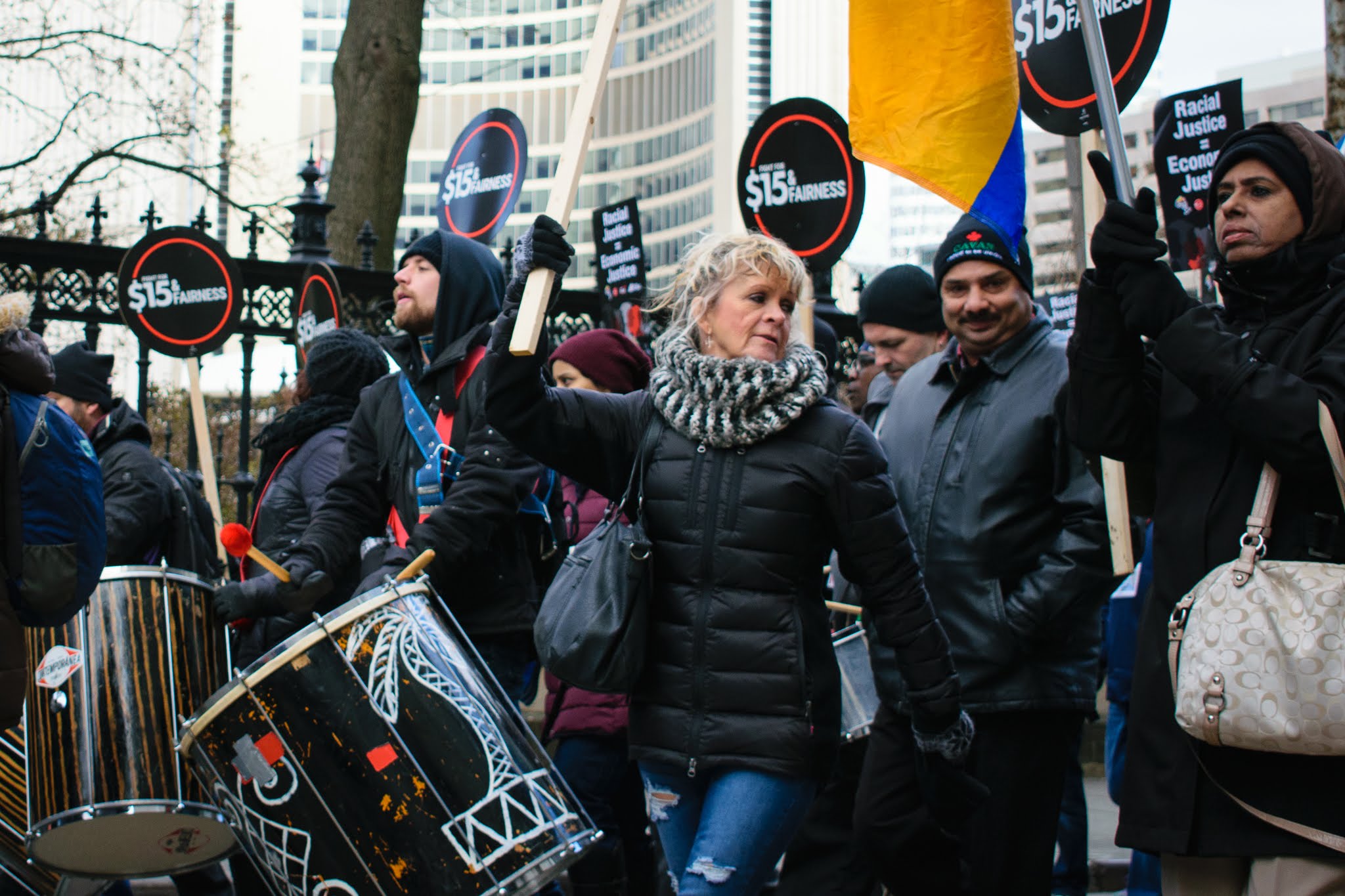 Congratulations to each and every one of you!
Bill 148 – has officially finished the amendment process and will now be going for 3rd reading. We expect the final vote to take place on Wednesday, November 22, probably quite early in the day.

Together, we made this happen.
We had to fight for every millimetre of gained ground – especially after the legislation was first tabled back in May. We knew that Bill 148 wasn’t perfect, but we fought to make it better. 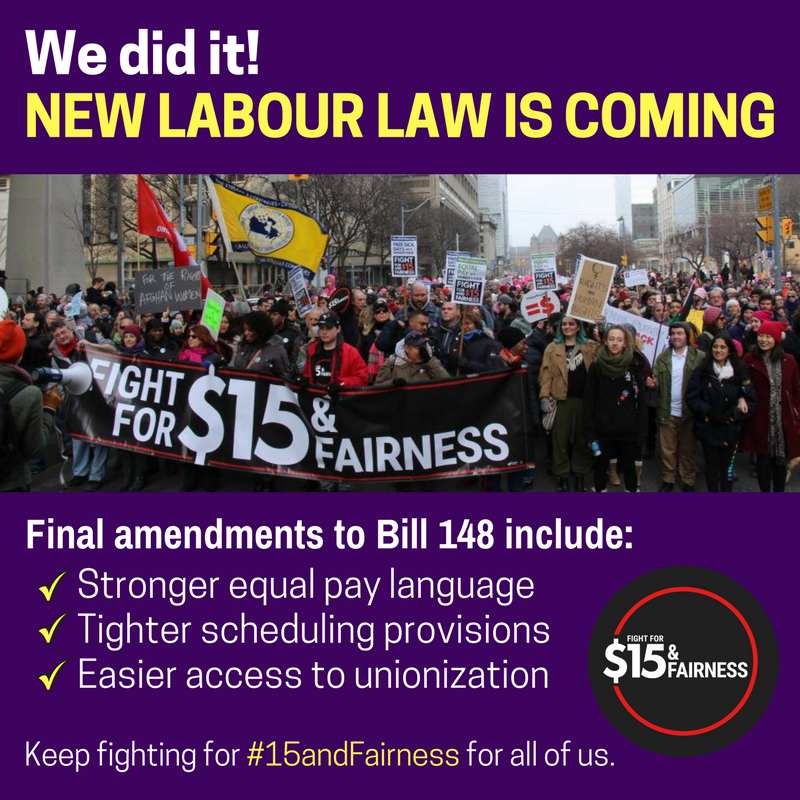 Click here to share on Facebook / Click here to share on Twitter
That’s when the Big Business lobby suddenly realized our movement – the tens of thousands of us across Ontario – is strong enough to be taken seriously. We had to fight tooth and nail against threats and fear-mongering from our Big Business opponents. It took everything we had just to push our agenda a teeny bit further.

Today, after the final round of amendments, we can proudly announce there were no additional concessions to Big Business. That in itself is a huge accomplishment. But beyond that we were able to reverse the rollback granted to Big Business last August when the government agreed to define seniority by hours of work, rather than the date of hire for the purposes of equal pay.

To top it all off, we were able to strengthen the equal pay language, tighten scheduling provisions, and improve workers’ access to union protections.

What an accomplishment!
Now, Bill 148 is nearly complete. But the struggle for decent work is far from over. We need to keep fighting for everything we didn’t win in this round. And crucially, we must fight to protect our gains.

That the government didn’t concede a longer phase-in time on the $15 minimum wage is a testament to the strength of our movement.

We know that paid emergency leave, equal pay, fairer scheduling and so many other provisions of Bill 148 were not handed to us. We pried them from the hands of government.

And make no mistake. It could all be taken away in the June 2018 provincial election if Progressive Conservative Leader Patrick Brown gets his way.So let’s take a moment to be proud about how far we’ve come. Then let’s rest up so that we can redouble our efforts to win $15 and Fairness for everyone in 2018.
Scroll down for more details about what we accomplished in this last round of amendments:
Equal pay for equal work
Fairer scheduling
Paid leave for sexual and domestic violence
The right to unionize
Campaign Update
Facebook Share Tweet