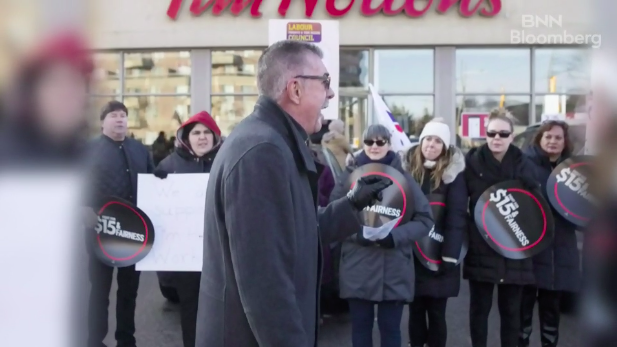 TORONTO -- Ontario Premier Doug Ford vowed Tuesday to scrap labour reform legislation from the previous Liberal regime that raised the province's minimum wage and introduced a range of other worker protections, a declaration that came days after his government said the law was under review.

Ford's comments caught the opposition off guard and upset those in the labour community who have been supporters of the law known as Bill 148.

"We're getting rid of Bill 148," the premier said in the legislature. "We're going to make sure we're competitive around the world."

The Progressive Conservatives said last week that they would halt a planned increase to minimum wage set to kick in next year as a result of the Liberal law, and the labour minister said the rest of the legislation was being reviewed.

The bill mandates equal pay for part-time and temporary workers doing the same job as full-time employees and increases vacation entitlements to three weeks after a worker has been with their company for five years.

It also requires employees to be paid for three hours if their shift is cancelled within 48 hours of its start, and expands personal emergency leave to 10 days per year, two of them paid.

When brought in, the law was applauded by labour activists who had been calling on the government to increase the minimum wage for years. Some businesses, however, complained about the hike in minimum wage -- from $11.60 to $14 an hour on Jan. 1 -- and raised prices, cut staff hours and reduced employee benefits in response.

When asked to clarify his comments about the bill, Ford doubled down on his remarks Tuesday afternoon.

"I don't think this is any surprise," he said. "I talked about this all throughout the campaign. I went from town to town talking about Bill 148."

Ford said the bill has hurt Ontario businesses and meant workers lost their jobs. He wouldn't say if the government planned a full repeal of the bill or changes to part of it, adding that more information would be available in the coming weeks.

"Bottom line, it's an absolute job-killer," he said of the bill. "We want to create more jobs for everyone right across the sector."

NDP Leader Andrea Horwath said it's not clear, despite Ford's latest comments, just what the government plans to do with the labour reform law. Repealing the legislation will only make life more unstable for workers across the province, she said.

"At the end of the day, dragging us backwards to the days where people couldn't get three weeks vacation or they couldn't get sick time off when they were sick at work, these are things that we worry about," she said.

"It does a disservice to the office to not fully consider the direction you're going in," he said. "The premier's not doing that."

Pam Frache, the Ontario co-ordinator of the Fight for $15 and Fairness, a group that supports the law, noted that the government has not yet introduced legislation to replace or repeal Bill 148, despite Ford's comments.

"We still think there's time for the premier to change his mind, to do the right thing and to stand with the people, not with the corporate elites," she said.

Meanwhile, the Ontario Chamber of Commerce, which represents the province's business community, said it would like the government to repeal Bill 148.

"The very real unintended consequences (of Bill 148) have forced our members to decrease product offerings and increase the price of products being sold, hire fewer employees, reduce services and hours of operation, cut back on employee benefits, and halt capital investment -- all in an effort to stay afloat," president Rocco Rossi said in a statement.

Last year the province's economic watchdog, the Financial Accountability Office, estimated more than 50,000 people could lose their jobs due to the minimum wage increase brought in by the Liberal bill.