Bill 47 passes, Ford shows he is NOT for the people 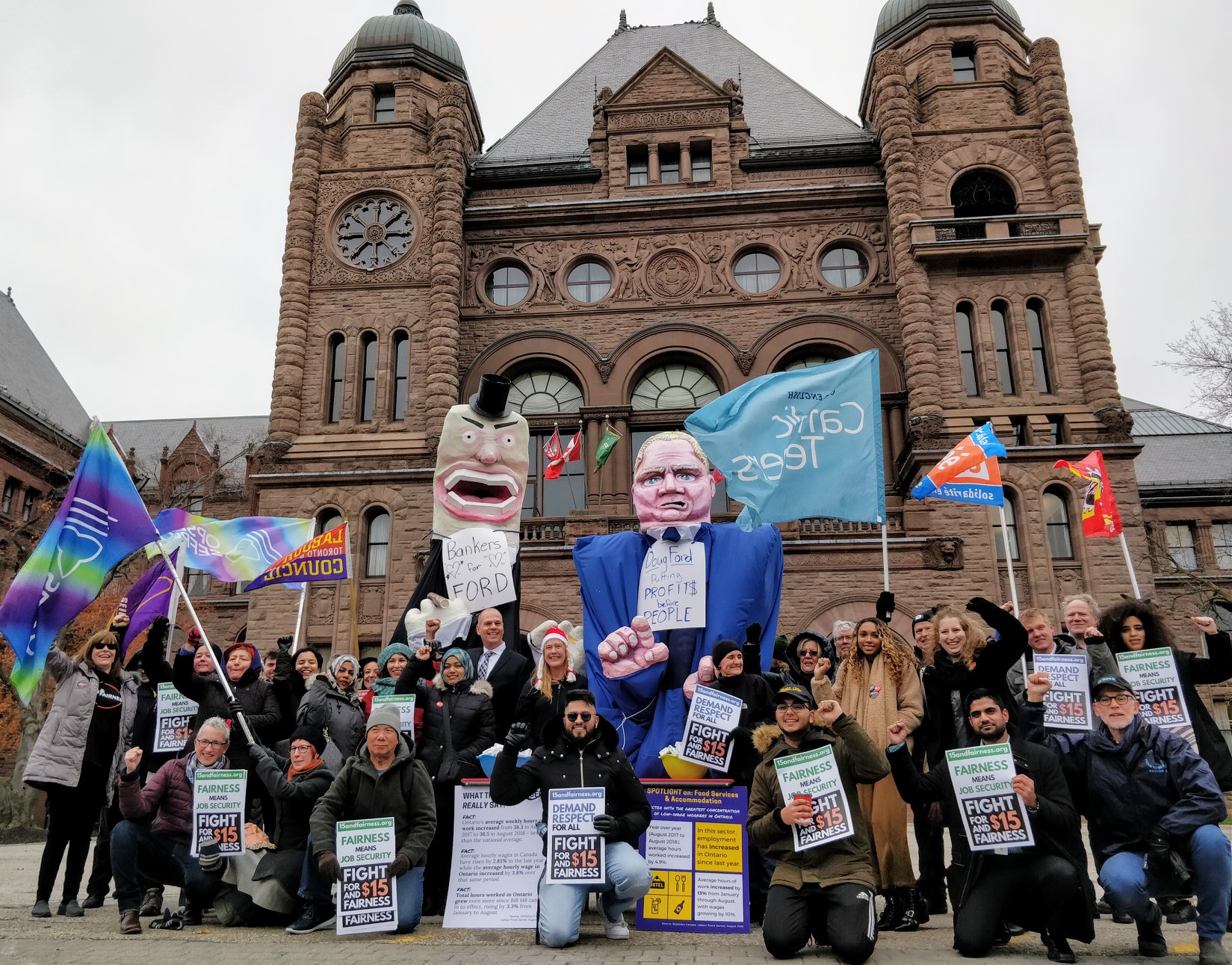 For those who believed Ford when he promised to stand up for the people, today's betrayal will not be forgotten. He has now told Ontario workers loudly and clearly, that his is a government for Big Business and Big Business only. 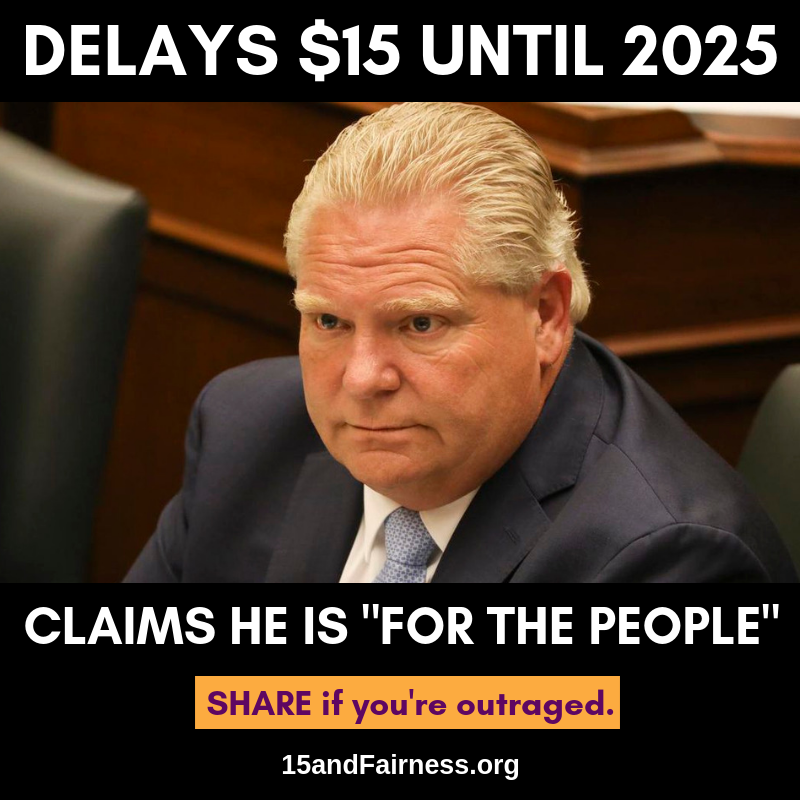 We are outraged. By passing Bill 47 today, the Ford government not only took the most modest protections away from millions of workers, but did so despite an overwhelming and well-documented opposition from the public. Over 77% of Ontarians -- including 64% of Conservative voters -- oppose Ford government's decision to eliminate paid sick days. Over 66% of Ontarians -- including 62% of small businesses -- support a $15 minimum wage.

The economic evidence is also clear: the $14 minimum wage and other labour law reforms have not harmed Ontario's economy. From Statistics Canada to the Bank of Canada, there is not a shred of evidence to excuse this government's action. No wonder the right wing Toronto Sun and corporate Financial Post were reduced to publishing misleading claims from a fringe, ideologically-motivated Montreal-based think tank. Respected economist Michal Rozworski de-bunked these claims in just a few hours -- click here to get the facts.

Premier Ford and the Conservative Members of Provincial Parliament know, they had NO MANDATE to rollback labour law reforms. This is why they are repeating lies and avoiding their own constituents (the very people whom they get paid to represent). Across the province we've heard from hundreds of people that MPPs are not returning calls, refusing meetings, running out back doors or side exits, and in a couple of cases, actually turning out the lights and hiding in back rooms as constituents wait to be heard!

They can run, but they can't hide. Yesterday, over 120 supporters of the $15 & Fairness campaign packed the gallery inside the provincial legislature. WE were the majority inside Queen's Park and we shut it down and successfully delayed the vote on Bill 47 for another day.

Check out the CityNews coverage of our action by clicking here

We are not exaggerating when we say that our movement for decent work is growing every day. Some of the people who joined us at Queen's Park last night were in fact taking their first action with us. Like all of us, they are angry and ready to fight. It will be up to every single one of us to stay organized, stay strong, and push back against the lies coming from this government, and their corporate friends. Have a listen to some of the plans we have for moving forward by tuning into yesterday's $15 & Fairness Assembly (click here), held right after the Queen's Park action. And watch your inbox. We'll have a detailed analysis of all the things we were able to protect against this round of corporate backlash that will make a huge difference for millions of workers, from job-protected emergency leave to the $14 minimum wage.

If you are reading this, YOU too have made our $15 and Fairness movement so much stronger. Remember, WE are the majority. And with your support, there's no way we'll let this government off the hook for what it's done. And we will be well-placed to win the next round.