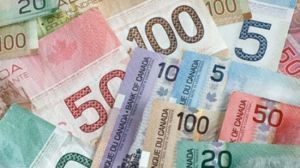 Over 50 protests are planned today province-wide about the minimum wage.

It's about the potential scrapping of Bill 148 which would include a $15 minimum wage by January of next year.

The bill was introduced by the previous Liberal government, and even before he was elected,  Premier Doug Ford voiced his opposition to it.

A rally is being held this afternoon at 4:15 at the office of Simcoe Grey MPP Jim Wilson in Alliston.