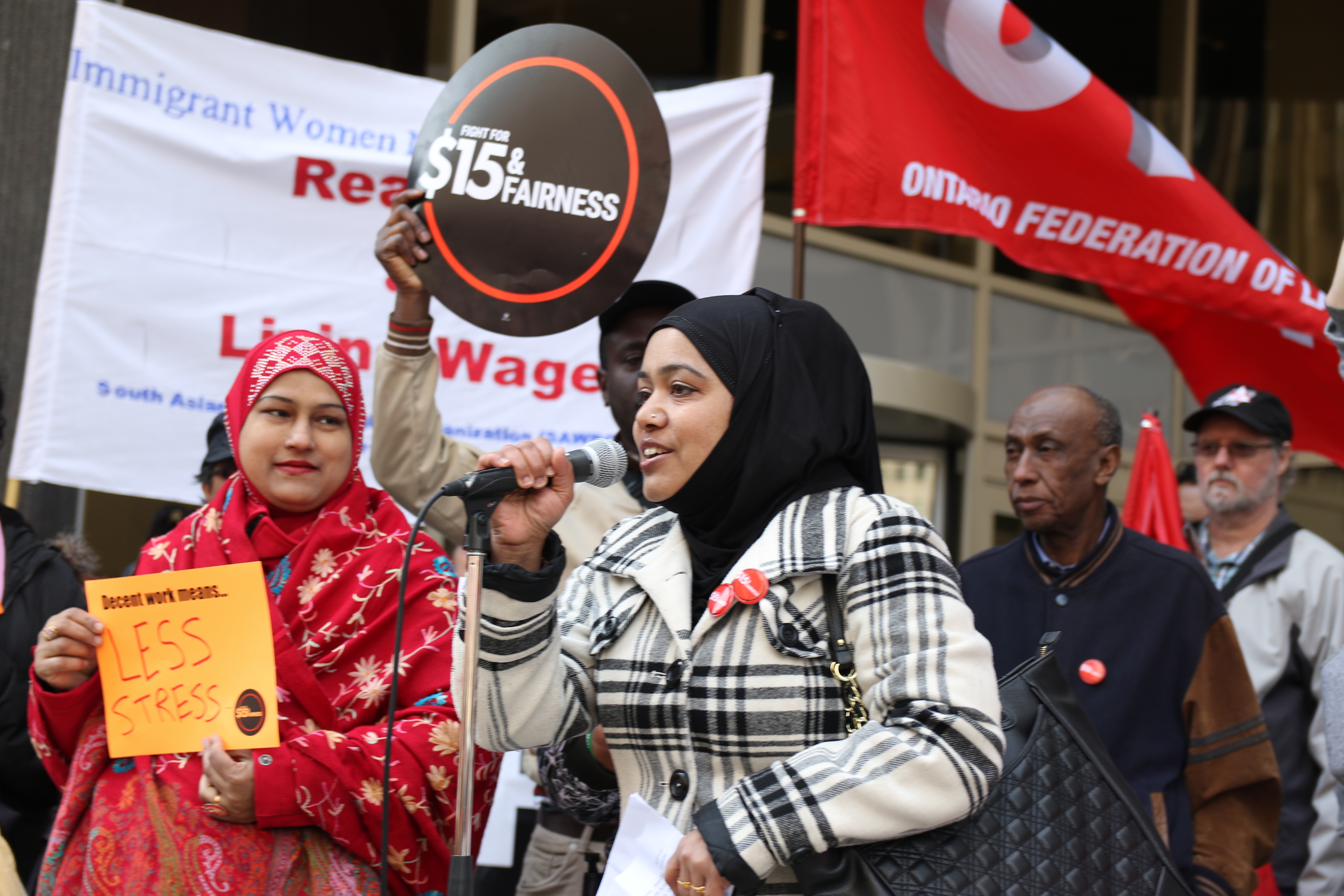 “The $15 minimum wage will put money where it is deserved and most needed, into workers’ pockets,” said Navi Aujla, who is an organizer in Brampton with the Fight for $15 & Fairness campaign and a former temp agency worker. “Together with paid emergency days, fairer scheduling and equal pay for equal work measures; $15 will make a real difference for our communities who fought so hard for this victory.”

Since Bill 148 was first introduced in spring 2017, Big Business Lobbyists have led a fear-mongering campaign to erode the bill, including calling for a slower phase-in for the $15 minimum wage. Prior to the third reading vote, Ontario PC Leader Patrick Brown pledged to delay the phase-in until 2022 if he wins the 2018 provincial election.

“Let’s be clear. Delaying $15 means only one thing and that is keeping workers in poverty. It is shameful for any politician to defend the interests of corporations over working families,” said Deena Ladd, coordinator of the Workers’ Action Centre. “The Fight for $15 & Fairness campaign organized tirelessly to make Bill 148 as strong as possible, our job is not done until all workers have at least $15 an hour and fairness at work.”

The Fight for $15 & Fairness Campaign launched on April 15, 2015 with a province-wide day of action demanding a $15 minimum wage, as well as sweeping labour law reforms. Since then, a broad coalition of health providers, faith leaders, students, unions, economists, teachers and community groups, have led this growing movement for decent work.