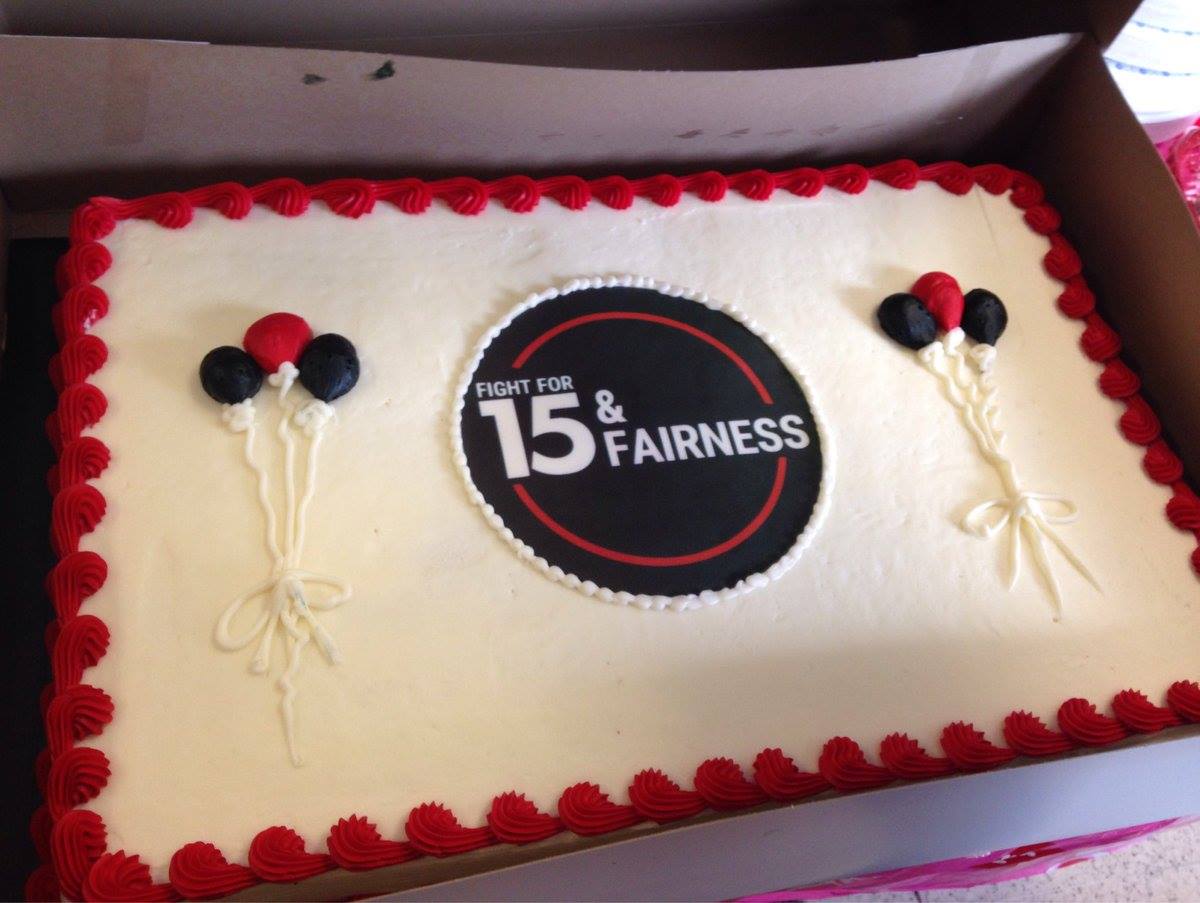 Ending the year on a high note!
After months of incredible organizing done throughout communities across Ontario, we are expecting the final recommendations of the Changing Workplaces Review to be released at the end of March or early April. Kevin Flynn, the Minister of Labour, has promised to table meaningful legislative changes in the Spring of 2017.

But we know there is powerful opposition from employer organizations who will be stepping up their game in 2017 to try to prevent the government from implementing changes that will improve wages and working conditions for Ontario workers.

We’ve got the momentum
South of the border, workers have mobilized to win pathways to $15 in cities and states across the US. Importantly, workers are also winning fairness: including paid sick days, fairer scheduling, measures to mitigate involuntary part-time, phasing-out tiered wages for tipped and young workers. Workers are standing up to bosses’ intimidation and demanding union rights in their thousands, as evidenced by the incredible mobilization on November 29 — the Fight for $15’s Day of Disruption in the US.This magnificent action gives us a glimpse of what might be possible here in Canada. We know there is a tremendous appetite to raise the minimum wage and improve employment standards for all workers. In fact,

This magnificent action gives us a glimpse of what might be possible here in Canada. We know there is a tremendous appetite to raise the minimum wage and improve employment standards for all workers. In fact, a recent poll shows that two-thirds of voters in Canada support a $15 minimum wage. Meanwhile, the province of Alberta will have a $15 minimum wage by 2018. In Ontario, Mississauga Library workers – members of the Canadian Union of Public Employees – won a $15 minimum wage after going on strike for 17 days.

2017 is our year to win!
The solidarity we are generating is building the confidence of workers to demand more. From airport workers to janitors and from food service workers to retail clerks, we have an incredible opportunity to build a movement that will bring in stronger laws for the province and leverage better collective agreements for our workplaces.

The corporations may have millions of dollars, but we have the strength of millions of workers who need, want and deserve fair pay and better work. Our challenge is to organize this sentiment. We need to bring new workers into the Fight for $15 and Fairness in every community, every workplace, and every campus. That’s why our actions in 2017 really matter. We need your energy, activism, and commitment to make this happen.

Thanks to all your work, support, and solidarity in 2016, we have made enormous strides. This year has been packed with of organizing, outreach, MPP visits, demonstrations, singing, door-knocking, strategizing, speaking out, meeting and teleconferencing! Just in this past month alone, hundreds have participated in the Decent Work Sing-Along challenge and spread $15 & Fairness cheer.

We hope you take some well-deserved time with friends and family so that we can hit the ground running in January 2017. Happy Holidays and Merry Workplaces!