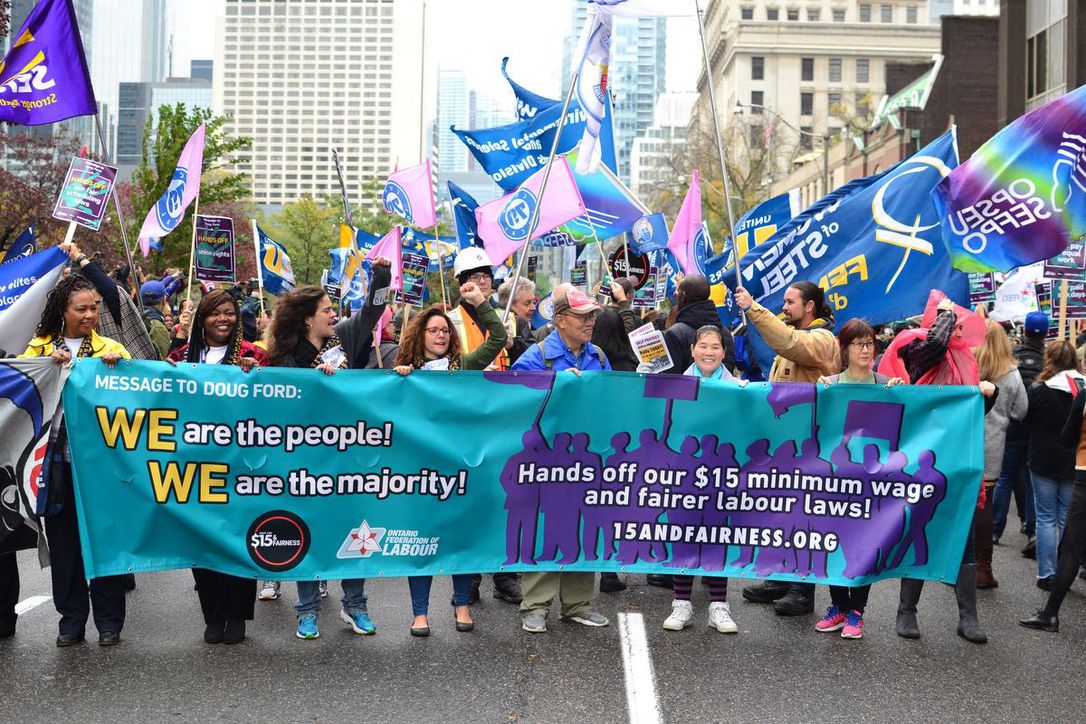 Bill 47, which aims to undo numerous recently enacted measures including two paid sick days, equal pay for equal work, and a scheduled minimum wage bump to $15 in January, passed its second reading earlier this week and is now before the Finance and Economic Affairs committee.

Candace Rennick, secretary-treasurer for the Canadian Union of Public Employees, said the rollback “makes picking on the poor a government priority” and called it “bizarre” to make workers choose between losing a day’s pay and coming into work ill.

“We are offering a very progressive package of leave,” she said, adding most other Canadians provinces do not offer paid sick days.

Prince Edward Island is currently the only province with paid sick days provisions. Some 146 jurisdictions around the world offer some form of compensation when employees are ill.

Speaking on behalf of the Decent Work and Health Network, Jesse McLaren said Bill 47, which will reinstate employers’ right to ask workers for sick notes, “goes against public health evidence.”

Michelle Eaton, vice-president of communications for the Ontario Chamber of Commerce, told the committee Bill 47 “restored fairness for both business and workers while reducing the financial burden,” on companies.

“Bill 148 was too much too fast,” she said, referring to the Liberal reforms passed in 2017. “(It) created significant unintended but predictable consequences for businesses.”

“They felt disrespected for the jobs they create and the contributions they make every day in their communities,” adding that the changes were “forced on them all at once without any economic impact analysis whatsoever.”

On top of the 20 groups scheduled to depute on Thursday, some 113 applicants unsuccessfully requested to testify in person to the committee. They will be able to make written submissions instead.

Critics lashed out at the short time frame for consultation on the bill — pointing out that the new labour protections introduced in 2017 involved 12 public consultations, 200 oral presentations, and nearly 600 written submissions.

Catherine Fife, NDP MPP for Waterloo requested Thursday’s session be extended until midnight to accommodate the volume of applications to speak, but the request was denied because the house had ordered the committee to sit until 6 p.m.

“I know previously the consultation was two years so five minutes probably doesn’t seem enough,” said NDP MPP for Sudbury Jamie West to Buckley, referring to the brief period he was able to testify.

“Neither does five hours,” Buckley responded.