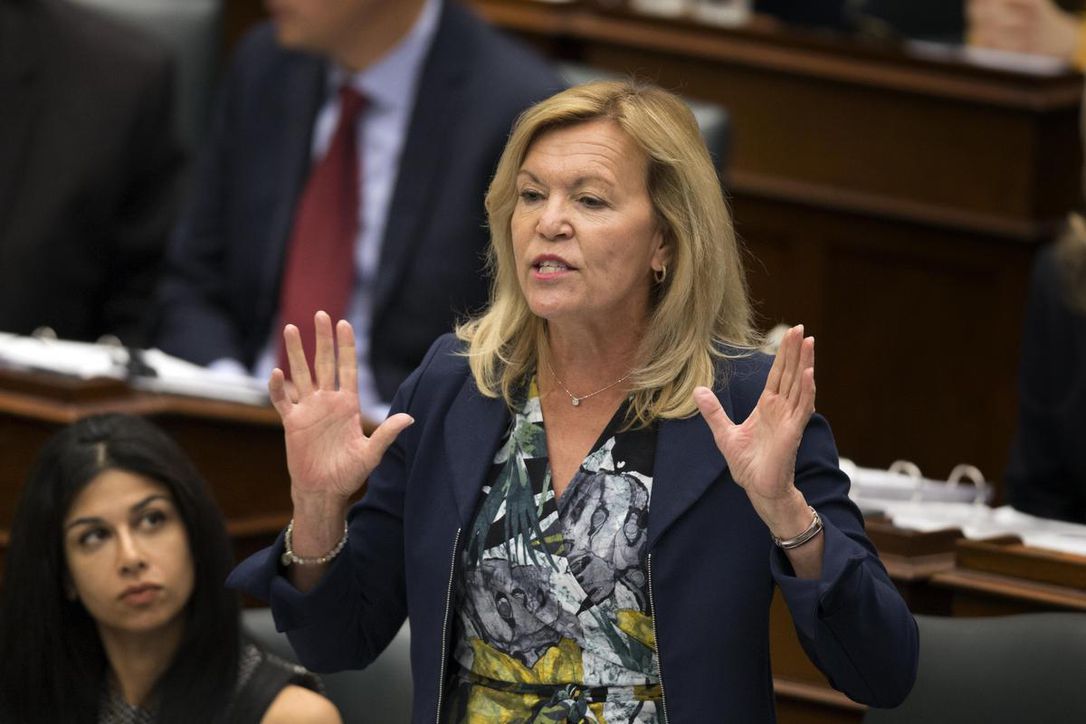 The Ministry of Health was not consulted about the health impacts of proposed new legislation to remove Ontario workers’ right to two paid sick days despite extensive literature showing the policy’s public health implications, according to three individuals who met with health minister and deputy premier Christine Elliott earlier this month.

All three separately told the Star that when presented with evidence about the public health benefits of paid sick days, Elliott responded by saying she had not been consulted about the Conservative government’s new legislation. Organizer McLean said when pressed on the health implications of the bill, Elliott said neither she nor her ministry were involved in its drafting.

“That surprised us because we knew the impact it would have on the Ministry of Health,” said McLean.

“She said I wasn’t involved in this, you should check with the labour ministry — they’re the ones who drafted this legislation,” said McLaren, who works at Toronto General Hospital and is involved with the Decent Work and Health Network, which seeks to address health equity issues.

“That was kind of a shocking statement from the health minister and the deputy premier.”

When asked whether the health ministry and minister had been consulted about Bill 47, spokesperson David Jensen said the Star should “contact the Ministry of Labour since they are the lead ministry for Bill 47 and would have any information on what consultations took place.”

Asked what consultations took place on the health impacts of the legislation, labour minister spokesperson Christine Bujold said Elliott has “publicly indicated that she worked with other members of Cabinet on Bill 47,” and pointed to a Nov. 10 tweet from the minister where she said she was “proud to have worked with our government to bring forward Bill 47 and repeal most parts of the Liberals’ job-killing Bill 148.”

Bujold did not respond to followup questions about whether the health ministry or minister were specifically consulted about the sick day policy.

Advocates worry the loss of paid sick days will result in more people coming to work sick if it means losing a day’s pay.

McLaren said the Decent Work and Health network had sought a meeting with the Ministry of Health about paid sick leave since October, initially pressing through the Ontario Medical Association. When nothing materialized, he joined the Nov. 6 meeting, which took place during Elliott’s constituency week.

McLaren said he provided Elliott with 15 research studies on the benefits of paid sick days, including a 2010 World Health Organization report that found that “gaps in paid sick leave result in severe impacts on public health and the economy.”

Another article from the American Journal of Public Health found that the absence of paid sick days in the U.S. resulted in 5 million more flu cases amongst the general population.

“She did take the studies that I brought,” McLaren added of Elliott. “She said she would read them and said she would speak with the labour minister.”

Last week, McLaren testified before the Finance and Economic Affairs committee that removing paid sick days and reinstating employers’ right to ask for sick notes through Bill 47 “goes against public health evidence” and will contribute to hospital overcrowding.

“As an emergency room physician, I depend on my patients not to come to the emergency room for unnecessary reasons like a sick note,” he told the committee.

“We are offering a very progressive package of leave,” she said, adding most other Canadians provinces do not offer paid sick days.

CUPE Local 905 president Grzejszczak, who is also a paramedic, and attended the Nov. 6 meeting, said there was “one line that consistently comes out of this government about Bill 47 and that’s the impact on business. That’s the only thing I’ve heard them say the entire time.”

“So her inability to engage on the health issues I actually didn’t find surprising,” she added of Elliott.

Grzejszczak said she told Elliott that some of her members, including paramedics and nursing staff in long-term-care facilities in York Region, will lose their right to paid sick days if Bill 47 passes.

“They will be coming into work sick and caring for immunocompromised patients,” she said

McLaren, who said the Decent Work and Health Network met with previous health minister Eric Hoskins in the lead-up to Bill 148, said he asked Elliott what health evidence the government used to draft the new legislation.

“She went back to the economic arguments,” he said, adding that research from San Francisco and New York shows employer support for paid sick leave policies implemented in those jurisdictions.

“It’s a bit of a myth that it will destroy small businesses,” said McLaren.

Bill 47 is expected to go to its third reading at Queen’s Park Tuesday.