The Varsity: Op-ed - What students stand to lose with Bill 47 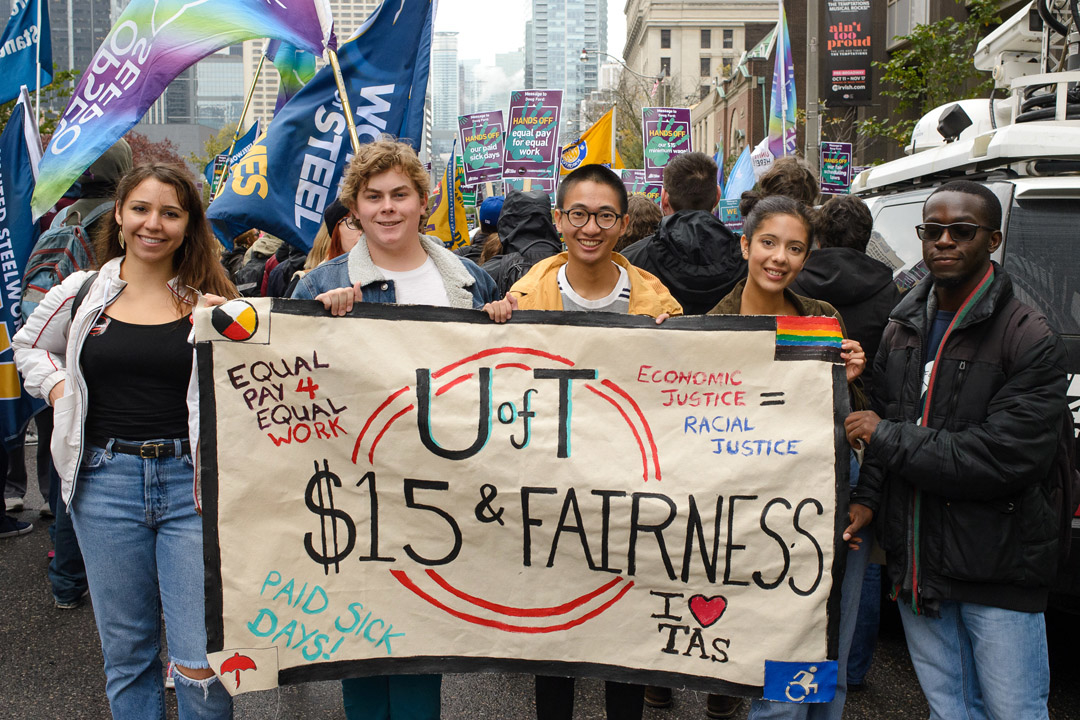 In November 2017, the Liberal government passed Bill 148, the Fair Workplaces, Better Jobs Act, a watershed moment in Ontario’s history. As a result, over 1.7 million minimum wage workers saw a direct pay increase from $11.60 to $14 per hour, with the $15 minimum wage to come this January. Millions more benefited indirectly from wage bumps.

Today, the Progressive Conservative government is turning back the clock on our rights with Bill 47, the Making Ontario Open for Business Act. On November 20, our MPPs will start the third reading of the bill.

The vote will proceed after only five hours of public consultation. Citing the two weeks of extensive consultations preceding Bill 148, Deena Ladd from the Workers’ Action Centre and the Ontario Federation of Labour called these consultations a “sham.”

Though Doug Ford prides himself on being “for the people,” Bill 47 would endanger millions of workers by repealing almost all of the provisions under Bill 148, including paid sick days, equal pay for equal work, fairer scheduling laws, and easier ways for certain sectors to unionize.

Why students should be concerned

Among those who stand to lose the most are students. As Ontario has the highest average tuition fees in the country, many of us have no choice but to compromise our studies by juggling multiple jobs to pay tuition, afford rent, and support our families.

Those of us working in academia, such as teaching assistants, also face precarity. Over 75 per cent of college faculty members are temporary contract workers. Ontario’s colleges and universities estimate that they pocket $336 million annually by paying these precariously employed faculty less than their permanent colleagues, who do the same work.

And it’s not just postsecondary students who depend on a better minimum wage and fairer working conditions. Two weeks ago, high school students protested Bill 47 to expose that Ontario is the only province in Canada where student workers under 18 earn a subminimum wage of $13.15 per hour compared to the adult rate of $14 per hour. Bill 47 would cancel the scheduled increase in the subminimum student wage, directly impacting students’ ability to save for postsecondary education at institutions like U of T.

Once in university, many of us take on precarious, low-paying jobs — often in the service and retail sectors — that expose us to a slew of poor working conditions. Students are particularly vulnerable to the consequences of Bill 47 due to our demanding school obligations and the structural barriers some of us face. This is especially true for racialized, women-identified, gender non-conforming, queer, trans, working-class, disabled, and international students.

If it passes, Bill 47 would deny us the right to 10 job-protected leave days,two of which are paid — a rollback that 77 per cent of Ontarians oppose. The bill would also repeal fairer scheduling provisions, such as being able to refuse last-minute shift changes without risking our jobs. Taking time off and having flexibility in scheduling is especially important for students who commute, live with mental or physical illness, and have caregiving responsibilities.

Moreover, many U of T students find work through temporary agencies. By repealing the Equal Pay for Equal Work provision, Bill 47 condemns students who are temporary workers — often racialized and international students — to be paid less than permanent workers for the same job. It also gives a green light to employers who violate employment standards by reducing the penalties for labour violations by 75 per cent.

Unfair labour laws such as those crafted by Ford have a body count. Just two weeks ago, a fourth temp worker died at a Fiera Foods-affiliated company that is notorious for having 191 health and safety violations. The same company claimed the lives of 17-year-old Ivan Golyashov and 23-year-old Amina Diaby, whose hijab got caught in a machine.

U of T’s complicity

Corporate elites continue to lobby against the very laws that are meant to prevent the deaths of young workers like Golyashov and Diaby. The Ontario Chamber of Commerce (OCC) has been spearheading these lobbying efforts, claiming that Bill 148 was “too much, too fast.”

As a member of the OCC, U of T cannot be absolved of its complicity in Ford’s pursuit to slash Bill 148. While Ryerson University, another member of the OCC, has attempted to distance itself from the organization, our university has remained silent.

Now would be a good time for U of T to come clean. To the administration: establish your stance on Bill 47, clarify your relationship with the OCC, and explain why you, as a public university, continue paying membership to a corporate lobbying group that actively undermines workers’ rights — and, by extension, our financial security and well-being as students.

How students can win

Unlike the university, we have not been idle. The U of T chapter of Fight for $15 and Fairness has started conversations with hundreds of students across campus. From petitioning at Sid Smith to handing out leaflets at Clubs Fair, we have heard from U of T students of all stripes: commuters who spend hundreds of dollars a month on transit, students raising young children, and classmates supporting their grandparents.

Among the thousands of students who have signed our petition, many are shocked to hear that the Ford government is attacking their future and those of their families.

Along the way, we have been debunking some myths. For instance, Bill 148 is not an “absolute job-killer” as Ford would have people believe. Since Bill 148, the average number of hours worked has increased, and 139,000 net jobs have been created in the province year-over-year.

While canvassing, we also uncovered the deception behind Ford’s new income tax cut for low-income workers, which leaves them with around $1,000 less in their pockets per year than if the $15 minimum wage came into effect. Under Ford’s plan, the minimum wage would be frozen at $14 until October 2020, after which it would be indexed to inflation. In other words, Ontarians would not see the $15 arrive until 2025.

The province-wide Fight for $15 and Fairness campaign has been organizing tirelessly for years to win Bill 148. Now that it’s under imminent threat, we will continue to organize against a government that is ruthlessly trying to turn back the clock on our labour rights. With the power of thousands of students behind us, we will win again.

On Tuesday, November 20, the Ontario Legislative Assembly will debate on Bill 47. Please join the Fight for $15 and Fairness campaign in Queen’s Park to pack the gallery and stand united against this regressive legislation. Arrive no later than 4:30 pm to get through security. You may also submit a customizable letter calling for the withdrawal of Bill 47 here, which will be sent to Standing Committee on Finance and Economic Affairs: https://www.15andfairness.org/withdrawbill47.

Clement Cheng is a fourth-year Peace, Conflict and Justice, English, and Geography student at Victoria College. Simran Dhunna is a first-year student in the Master of Public Health in Epidemiology program at the Dalla Lana School of Public Health. Mia Sanders is a second-year Women and Gender Studies and Diaspora & Transnational Studies student at Victoria College. They are members of the U of T chapter of Fight for $15 and Fairness.