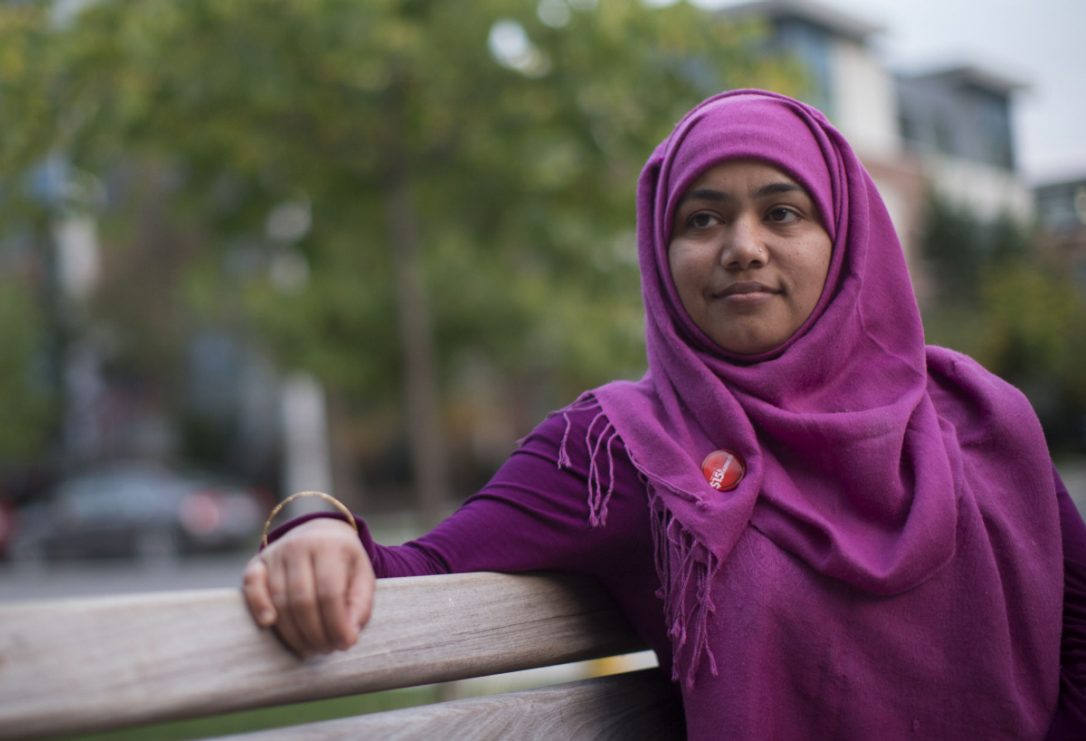 The income gap for these groups barely budged between 2006 and 2016, narrowing by just two percentage points for Indigenous Canadians and recent immigrants and widening by one percentage point for visible minorities.

As the face of Canada grows more diverse, the income gap between residents who identify as visible minorities, Indigenous or recent immigrants and the rest of Canadians remains a yawning chasm, data from the 2016 Census shows.

The income gap for these groups barely budged between 2006 and 2016, narrowing by just two percentage points for Indigenous Canadians and recent immigrants and widening by one percentage point for visible minorities, according to census data released Wednesday.

But recent immigrants — many of whom are also visible minorities — face the toughest economic challenge with total incomes that fall 37 per cent below total incomes for Canadians born here, the data shows.

It means for every dollar in the pocket of someone born in Canada, a recent immigrant has just 63 cents.

More than 22 per cent of Canadians — including 51.5 per cent of Torontonians — reported being from a visible minority community in 2016, up from 16.3 per cent nationally in 2006.

In Toronto, more than 55 per cent of visible minority residents were living on less than $30,000 in 2016 compared to fewer than 40 per cent of the rest of the city’s population, according to census data provided to the Star.

“As these populations increase and continue to lag behind, it becomes a bigger issue for everybody,” she said.

Increases to income support programs such as social assistance, employment insurance and pensions are part of the solution, she said. But labour reform, including more access to unionization and a higher minimum wage are also key.

Nadira Begum, who has a master’s degree in social work from her native Bangladesh, juggles three part-time jobs and numerous volunteer positions in the non-profit sector but still hasn’t been able to land full-time work.

“I have been looking for a full-time job in my field for more than 10 years,” said the Regent Park mother of three. “I have the skills, the experience and the knowledge, but if they don’t hire me, how can I show them? It is a common story in our community.”

Begum’s part-time jobs have often involved substantially similar work as full-time employees, and yet she has been paid a lower wage. Friends with part-time jobs as grocery store clerks who were hired the same time as full-time clerks are paid less and enjoy fewer benefits, Begum added.

“We are not equally paid, even though we do the same work,” she said. “And we can’t complain because we can’t afford to lose our jobs.”

Deena Ladd of the Workers’ Action Centre says Ontario’s planned $15 minimum wage by 2019 will be a huge boost for visible minorities, recent immigrants and Indigenous workers, who are more likely than the rest of Canadians to be toiling for minimum wage.

But changes to the province’s proposed Fair Workplaces, Better Jobs Act are needed to ensure these workers, who like Begum are often stuck in temporary, part-time and contract positions, are paid the same as permanent and full-time staff, Ladd said.

Wording in the proposed minimum-wage legislation currently mandates equal pay for equal work if the job is “substantially the same,” Ladd said. But that allows employers to change one aspect of the job and still be allowed to pay temp, contract and part-time workers less.

Instead, the proposed legislation should be reworded to say these workers are entitled to equal pay if the job is “substantially similar” to work performed by a full-time employee, she said.

Another problem with the proposed law is the definition of seniority. Unlike all other provisions of the Employment Standards Act which measure seniority by the date an employee was hired, the equal pay amendments include a definition of seniority as “hours worked.” If this is not changed, workers from economically disadvantaged groups who are more likely to work part-time, will never achieve equal pay for equal work, Ladd said.

“The new legislation has the potential to address the kinds of inequities highlighted by the census,” she said. “But if we don’t strengthen the language so workers can use the equal-pay protections in their workplaces in a strong way, then it will be just words on paper.”

The legislation, which just passed second reading, is expected to become law later this year.

Ryerson University professor Myer Siemiatycki, who teaches immigration and settlement studies, says the census findings are a wake-up call and a reminder of why the census is important.

“These are worrying statistics,” he said. “They reflect the adverse living conditions of huge numbers of Canadians who fall into these three categories of population . . . It’s an alarm bell and we need to respond.”