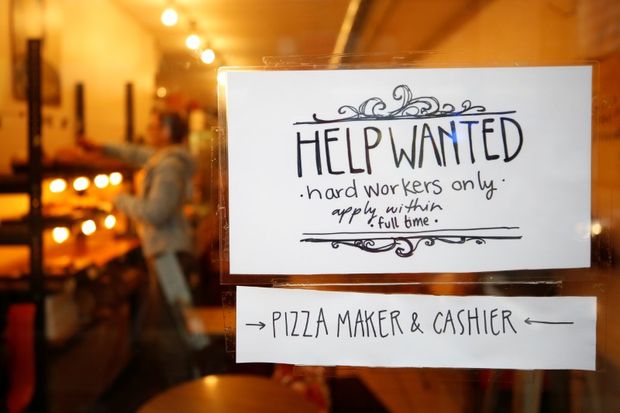 Ontario’s jobless rate hit an 18-year low in July, as the country’s largest economy continued to churn out jobs despite this year’s hefty hike in the minimum wage.

When the province raised the mandatory hourly rate 21 per cent to $14 in January, businesses and their trade groups warned of employment losses. But, six months later, Statistics Canada data show that has not happened.

In fact, Ontario’s labour market is on fire.

Although most of the employment gains this year have been in the public sector and the latest spurt of new jobs were part-time, analysts suggested Ontario’s economy withstood the sharp wage increase. Ontario’s paid employment has increased at the fastest pace since 2010, according to National Bank Financial.

“From a very big picture view, the Ontario job market is holding up relatively well given the shock of a plus 21 per cent increase in minimum wages,” said Douglas Porter, chief economist with Bank of Montreal.

One sector dominated with minimum-wage workers – accommodation and food services – has expanded this year. Although the sector lost 1,900 positions in July, it has added a total of 7,100 since the higher minimum wage went into effect in January.

Other low-paying sectors have also hired more employees in the first half of the year. Transportation and warehousing gained 13,500 jobs and business, building and other support services increased by a similar amount.

“It is tough to find a lot of evidence that employment has been negatively impacted,” said Josh Nye, senior economist with Royal Bank of Canada. “In terms of the minimum-wage hike, it has come at a good time when the economy is able to absorb that. Demand for labour is so strong and labour market conditions are quite tight. Employers don’t have much of a choice,” he said.

On the downside, another sector with low-paying jobs – wholesale and retail trade – has shrunk in Ontario. However, the losses are not unique to Ontario. Across the country, that sector has shed more than 50,000 positions in the first half of the year.

Ontario’s minimum hourly wage was due to climb to $15 next year. But the recently elected Premier, Doug Ford, had campaigned on a promise to keep the mandatory rate at $14 and allow subsequent increases at the rate of inflation.

“Employers seem reluctant to part with their now more expensive workers perhaps due to reported labour shortages,” National Bank economist Krishen Rangasamy said in a note. “The persistence of strong sales and profits could also explain the resilience of employment,” the note said.

As for fallout from the recent trade war between the United States and Canada, it is difficult to ascertain whether the weakness in factory work is because of uncertainty over free trade in North America, sluggish auto production or the bevy of tariffs the United States and Canada have placed on each other’s goods, including U.S. tariffs on Canadian aluminum and steel.

“It may be a little early. But one can’t help but wonder if that is not at play," Mr. Porter said.

Manufacturing shrunk by 18,000 positions last month, although the number of jobs in the sector is up since U.S. President Donald Trump took office in January, 2017.

Read The Globe and Mail Story