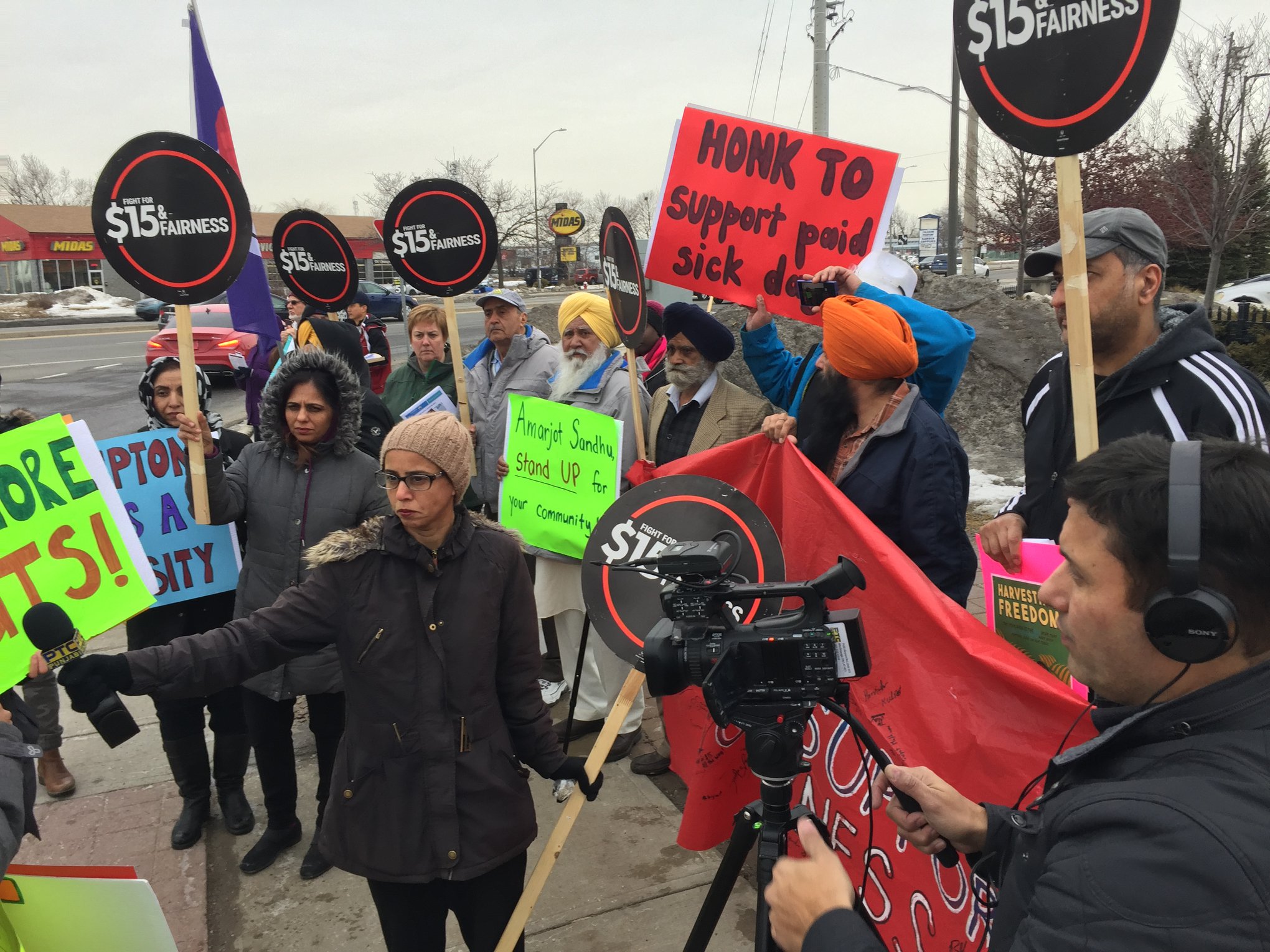 Toronto, April 2, 2019 -- “The passage of Bill 66 today means only one thing: Premier Ford has forgotten that he was elected to serve the people of Ontario, not CEOs,” says Pam Frache, Coordinator of the Ontario-wide Fight for $15 & Fairness Campaign.  “This legislation has clearly been designed to allow corporations to save money at the expense of workers, our health, and the environment. It should never have been introduced in the first place.”

“In communities like mine, many people already struggle because of poverty wages, unstable hours, and contract jobs with no benefits. Yet the Ford government is giving employers unrestrained powers to force us work more hours while paying less in overtime,” says Navi Aujla, Organizer with the Brampton chapter of Fight for $15 & Fairness. “Without Ministry of Labour oversight, this just opens the door for more employer abuse.”

Bill 66, which passed third reading today, will:
- Cancel protections against excessive hours of work & unpaid overtime,
- Make it harder for workers to learn about their rights on the job,
- End collective bargaining agreements for many construction workers in the public sector,
- Put children's lives at risk and jeopardize early childhood educator jobs,
- Lead to more pollution in Ontario by cancelling protections against toxic chemicals in our workplaces, and much more.

“Ontarians are outraged at Premier Ford, who once again chose corporations over people,” says Pam Frache. “In November 2019, the Ford government cancelled the $15 minimum wage, just 6 weeks before it was scheduled to come into effect, delaying it at least until 2025 despite massive public opposition. On top of this, Ford’s so-called tax break for low-income workers leaves them $400 worse off than if the minimum wage had increased to $15 this past January,” adds Frache, referencing the findings published today by the Financial Accountability Office.

“First his government scrapped the much needed labour law reforms to satisfy demands coming from Big Business. Then they paused the Pay Transparency Act because corporations think paying women fairly costs too much, even if it means families have to make do with less income thanks to pay discrimination. Now, Ford has rammed through Bill 66,” says Frache.

“If an employer can make a single worker put in a 70-hour week under Bill 66 and do the job of two people at no extra cost, why would any employer ever hire more staff?” asks Navi Aujla. “The answer is they wouldn’t. And that is on Premier Ford.”

The Fight for $15 and Fairness is a growing movement of workers committed to fighting for decent work, and includes anti-poverty activists, health providers, labour groups, students, faculty, and faith leaders.
To learn more, visit: www.15andFairness.org.