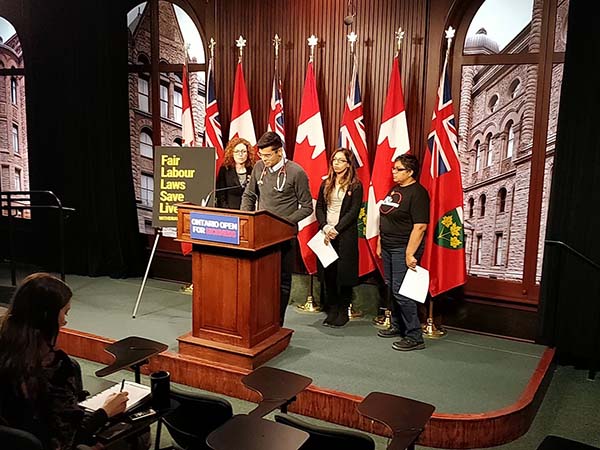 (TORONTO, ON) -- Leaders of the $15 and Fairness movement, including a family physician, a mother who lost her 2-year old son to influenza and a former temp agency worker, will be speaking at a press conference on Tuesday, October 30, 2018 at 2:00 pm in the Queen’s Park media studio.

Last week Doug Ford government tabled Bill 47, seeking to repeal almost all of the new workplace protections that were adopted a year ago, which aimed to ensure safety and well being on the job.