Media Advisory: “Doug Ford breaks his promise to the people,” community and labour groups to respond to the government’s plans to repeal Bill 148 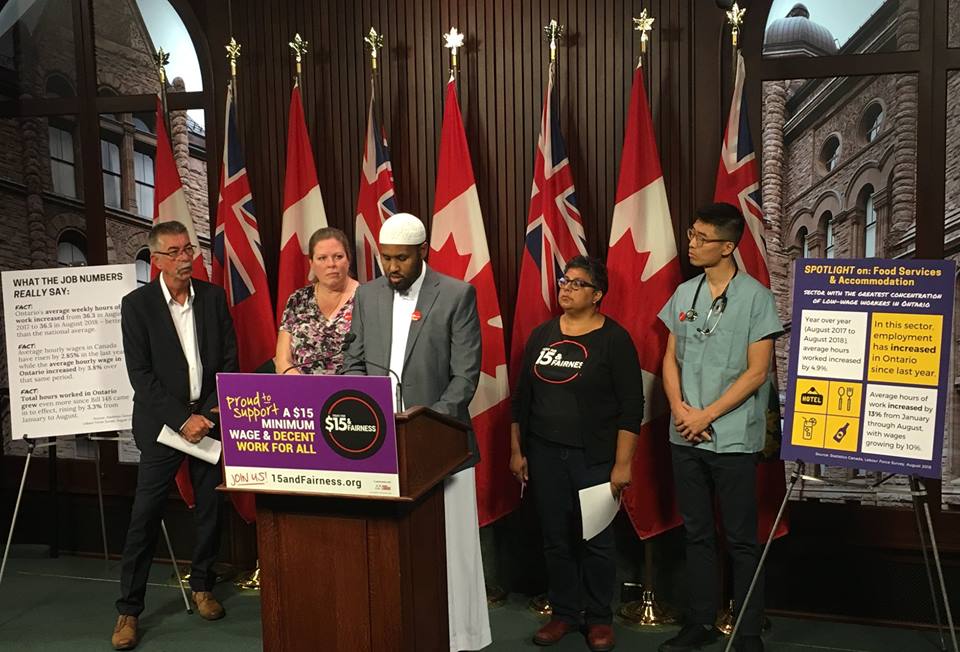 (TORONTO, ON) -- Leaders of the $15 and Fairness movement, including the Ontario Federation of Labour and the Workers’ Action Centre, will be speaking at a press conference on Tuesday October 23, 2018 at 2:00 pm in the Queen’s Park media studio.

With only ten weeks to go before 1.7 million Ontario workers get their long-awaited $15 minimum wage, the Minister of Labour announced today that the government will be taking steps to repeal Bill 148. In addition to cutting the minimum wage, the government is also planning to repeal two meager paid sick days, right to equal pay for equal work as well as fairer scheduling rules. By taking away these basic protections that put more money in the pockets of low wage workers, the government will hurt women, workers of colour, and newcomers the most.