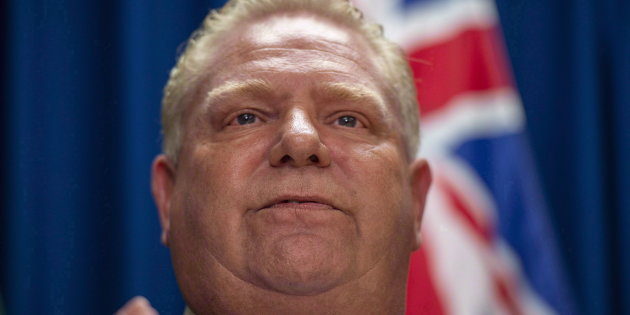 Jill Promoli wonders if her son would still be alive if another child stayed home from school.

Promoli's two-year-old Jude — named for The Beatles song — got a fever in May 2016 after his older sister picked up a bug at her kindergarten class.

He was dead within a day. It was influenza B.

"When people are sick, they need to stay home," she said at a press conference at Queen's Park on Tuesday. 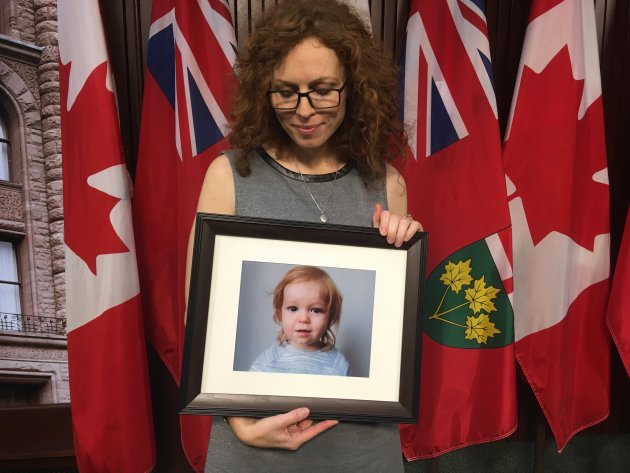 The Mississauga, Ont. mom was in Toronto to criticize the Ontario government's new labour legislation with workers' advocacy group Fight for $15 and Fairness.

Progressive Conservatives announced last week that they'd repeal parts of a Liberal-era labour bill. Their new legislation, Bill 47, will take away two guaranteed paid sick days a year and let employers demand a doctor's note for absences. It also strips temporary and part-time workers of the right to be paid the same as their full-time counterparts.

"It's not just a labour issue. It's a public health issue," Promoli said.

If the law passes, more people will be spreading flus and colds at school, at work and in public, a family physician said at the press conference.

Patients will get others sick when they take the bus to the doctor, or go into work because they can't afford to lose a day's pay, he said.

Premier Doug Ford and Health Minister Christine Elliott have promised to end what they call "hallway health care," or the practice of treating patients in hallways because there aren't enough hospital rooms.

This bill will do the opposite, Raza said.

Doctors will have less time to treat ill patients when they're busy writing sick notes so that workers with common colds don't get fired, he said.

The health minister's press secretary refused questions on Bill 47 because it's a labour bill. A spokeswoman for Labour Minister Laurie Scott said that requiring doctors' notes is an "attendance management tool" for employers.

The move will make it harder for employees to abuse their three unpaid sick days, Christine Bujold said in an email.

Fight for $15 and Fairness has recommended that everyone be given seven paid sick days a year. The two paid days legislated by former premier Kathleen Wynne's government was far from enough, Raza said.

"We're not being particularly innovative here," he said. "We're just trying to catch up and do the bare minimum."