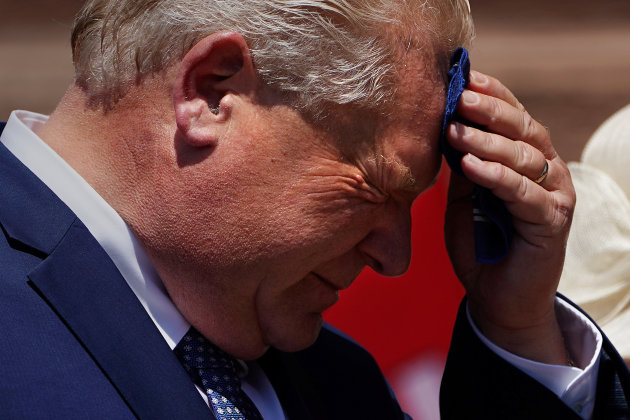 Ford should explain where he's getting his numbers before he attacks a piece of legislation that can make a real difference in workers' lives.

Ontario Premier Doug Ford needs to understand that before he goes telling the Ontario Legislature, as he was quoted in online publication Queen's Park Todayas saying, that the bill has caused businesses to leave Ontario "in droves."

Statistics Canada tracks the number of incorporated businesses in Ontario and across the country, but the most recent data is only for 2016, so Ford can't be using official statistics to back up his assertion.

Ford should explain where he's getting his numbers before he attacks a piece of legislation that can make a real difference in workers' lives.

Think about it: people with good jobs have more money to spend, and the confidence to spend that money.

When people spend their earnings, it spurs the economy. Every dollar workers earn becomes revenue for businesses in their community, which leads to those businesses needing to hire more workers.

People in precarious jobs often have little money to spend, and in any case can be leery of doing so in in case things go bad and their hours are cut or they lose their job.

Addressing all this was the driving force behind Ontario's Bill 148, the Fair Workplaces, Better Jobs Act of 2017, and Unifor's exhaustive submission as the bill was being drafted.

Now the Ontario Chamber of Commerce, whose members are the same businesses that benefit most when workers in their community have more money to spend, is calling on the Ford government to repeal Bill 148.

Even before the bill came into effect, the Chamber commissioned an apocalyptic report claiming that Bill 148 would cost the province 185,000 jobs.

In my experience, only a bad trade deal can cause that kind of damage.

While Ford's claim that businesses are leaving in droves can't be backed up with verifiable statistics, we do know that in the seven months after the minimum wage came into effect, unemployment in Ontario fell from 5.6 to 5.4 per cent as the province added 80,000 jobs, one of the best job creation rates in the country.

I have to ask, if companies are leaving, who is hiring all these workers?

The job growth we have seen is the exact opposite of what the chamber predicted. A dip in the notoriously volatile employment rate in August doesn't change the longer-term growth trend since the minimum wage was raised at the start of the year. The fact is, Bill 148 has not been the job killer the Chamber of Commerce claimed.

Disturbingly, the Ford government seems open to the Chamber's call to repeal Bill 148, with Ford himself making a surprise announcement in the Legislature that his government would get rid the bill.

Such a move would return the province to having labour laws dating back to the 1970s, when jobs were much more likely be permanent and full-time, and could support a family, including fringe benefits and a pension that guaranteed retirement security.

Things look rather different today. In Hamilton, for instance, only 44 per cent of millennials have been able to find full-time, permanent jobs in a city that was once a major centre of manufacturing in this country, according to a recent report. Disturbingly, 38 per cent of those polled by McMaster University and the Poverty and Employment Precarity in Southern Ontario said they expect to be worse off than their parents.

Precarious jobs are characterized by lower pay, little, if anything, in the way of benefits or a pension, and heightened insecurity. People in jobs like that don't tend to spend. They can't.

We need more provinces to pass legislation such as Bill 148, so we can address the dire future facing our young people. Instead, we face the prospect of losing what gains have been made.

Rather than calling for the bill to be repealed, the Chamber of Commerce should rescind its own misguided report and let its members go about the business of reaping the rewards of having consumers in their communities with more money in their pockets.