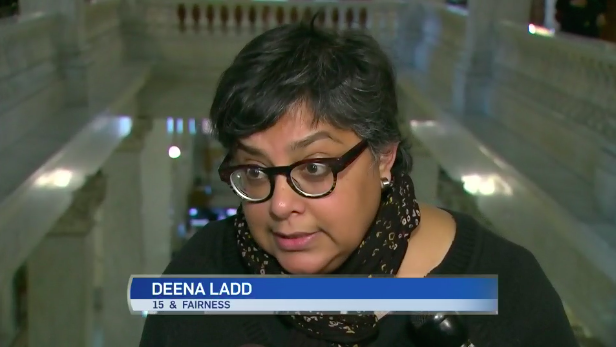 The Progressive Conservative government is set to pass theMaking Ontario Open for Business Act, which repeals a labour reform bill that, among other measures, raised the minimum wage and offered employees extended medical leave.

The labour reforms passed by the former Liberal government would have seen minimum wage increased to $15 an hour and emergency medical leave extended to 10 days, including two guaranteed paid sick days.

The new bill, which is expected to pass on Wednesday, freezes the minimum wage at $14 an hour and reduces the number of medical leave to eight days. Those eight days are further divided into specific entitlements.

There is no longer guaranteed paid leave.

Ford said that it is up to the employer to give their workers more time off if they require it.

“Someone is under the weather, they are a great employee, they (employers) usually give them a break. But that’s up to the employee and the employer to make those deals.”

The new bill also allows an employer to require a worker to provide “evidence” when they ask for days off due to medical or family reasons. This decision has been criticized by the Canadian Medical Association, who has said that asking for a doctor’s note poses a “public health risk” and will encourage employees to come in to work when they are ill.

The Ontario Liberal Party, who passed the original reform bill, called the Making Ontario Open for Business Act an “unfortunate development” that was not fair to workers.

“There’s no room for negotiation in these things. People have to know when they take their job, what their rights are,” said Interim Liberal Leader John Fraser.

The legislature gallery was packed with demonstrators who were unhappy with the employment standard rollbacks.

Deena Ladd, coordinator for Ontario’s $15 & Fairness, said the organization will continue to fight for a $15 minimum wage and more employee benefits.

“Well, I say it’s open for sickness, open for poverty wages and open for poor working conditions,” Ladd said. “We’re going to make sure that every single person knows what the record is on protecting people’s rights.”

The bill was meant to pass Tuesday evening, but debate was pushed to Wednesday.