CTV News: How workers can use Ontario's Equal Pay For Equal Work legislation 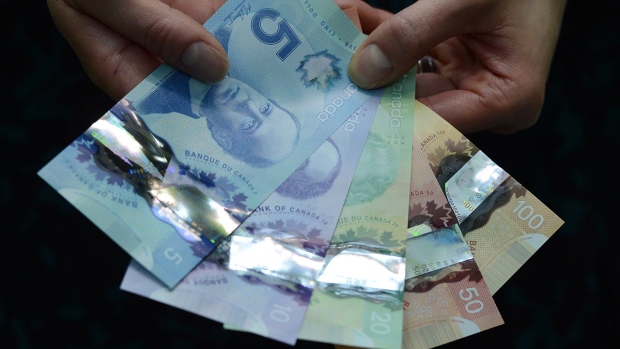 Part-time, casual and seasonal workers in Ontario now have the power to demand the same wage that their full-time colleagues receive if they do the same job under new rules brought in by the province on April 1.

The change forces employers to either boost the wage of the lower-earning worker, or justify the gap based on seniority, merit or a “system that measures earnings by quantity or quality of production,” when a potential discrepancy is raised.

The “Equal Pay For Equal Work” amendment to Ontario’s Employment Standards Act also shields workers against repercussions from opening a dialogue about pay with their employer, or talking about compensation with their peers.

With this legislation, the Wynne Liberals have thrust labour relations in Ontario into uncharted waters. The province is the only jurisdiction in North America requiring equal pay for non-full-time workers.

CTVNews.ca spoke to two employment lawyers about what workers need to know if they plan to make a case for levelling the paying field.

Who can ask for a review?

The legislation applies to part-time, casual and seasonal workers in Ontario who are not employed by federally regulated businesses.

Exempt employees include those who work in banking, air travel, most federal Crown corporations, as well as telecommunication and broadcasting.

What information do I need to request a review of my pay?

All eligible employees in Ontario are entitled to request a review regardless of what information they may have about their pay relative to full-time co-workers.

No proof of unequal treatment is required, such as a copy of a full-timer’s pay stub or anecdotal knowledge of how much another person makes.

“The onus is on the employer to either prove that you are paid as much as the full-timer, or to explain why you are not paid as much,” Howard Levitt, an employment lawyer and senior partner at Levitt LLP told CTVNews.ca in an interview. “Even if you don’t have the information, you can make the allegation.”

There are some proactive measures that workers can take before approaching their employer.

Philip Graham, a lawyer with Koskie Minsky LLP specializing in employment law, encourages workers to make sure their employers have an up-to-date and accurate job description for them on file. He said that information will be a major factor in how a company determines if workers are doing the same job for different pay.

“You can always approach your employer’s HR department and ask to have your job description updated or reviewed,” Graham said in an interview. “Your manager maybe has you doing something that HR does not know about.”

Performance evaluations are another important factor for workers in certain manufacturing roles or telemarketing sales positions, for example, where pay is directly influenced by production quotas or sales outcomes.

Of course, knowledge of another worker’s pay is an asset.

“It’s fine to say, ‘I know that Bob is making X amount and I am not when you submit your request for review,’” Graham said.

How is equal work determined?

Work does not have to be identical to qualify.

The “same establishment” can mean two or more locations, if they are in the same municipality. A location in another municipality can qualify if so-called “bumping rights” exist.

Skill is defined as “the amount of knowledge, physical skill or motor skills needed to perform a job.” These include education, training, experience and manual dexterity, such as hand-eye coordination.

Effort can be either mental or physical.

Responsibility includes both the number of responsibilities, as well as the level of accountability and authority the employee has.

Working conditions include the environment, an office or outdoors for example, as well as exposure to weather and health hazards.

What counts as a difference in rate of pay?

Other forms of compensation, such as health and retirement benefits, stock options and bonuses are not mentioned.

How do I request a review of my pay?

Requests for a pay review should be sent to management, ideally someone in a human resources department, if it is a large company.

Use email to create a dated digital record of your request.

The legislation notes that “it would be helpful” if the employee can outline the following points when requesting a review of their pay:

What information should I expect in my employer’s written response?

The legislation allows for exemptions based on seniority, merit, or a “system that measures earnings by quantity or quality of production.”

A manager’s personal preference for one employee, or their work, over another’s would not be a valid justification for a pay gap.

What should I do if I disagree with my employer’s response, or do not receive a response?

In both cases, workers are advised to file a claim with the Ministry of Labour under the Employment Standards Act.

“Once your complaint is filed with them and the employer is notified, it moves quite quickly,” Graham said. “You are usually looking at a matter of weeks before they get the ball rolling.”

If an employer denies a pay raise due to seniority, merit, or a “system that measures earnings by quantity or quality of production,” and a ministry claim is initiated, Levitt said inspectors can review the company’s records.

If I get a raise, how will I know if it’s enough?

Employers cannot lower other employees’ pay to even things out, but knowing how much of a raise you should receive to make things equal can be tricky.

“The legislation does not include an obligation for them (employers) to disclose to you some sort of evidence of what other people are making. That may in itself be a flaw in the legislation,” Graham said. “It really comes back to whatever launched your suspicion in the first place that you might have been underpaid. Someone saying, ‘Hey I’m making X dollars.’ And you’re like, ‘I’m not making that much.’”

According to Levitt, the legislation could potentially lead to situations where a part-time, casual or seasonal worker earns more money than full-time employees.

“It may be that a seasonal employee says, ‘I’m paid $16 per hour. There are people being paid $18 and $19 per hour who are permanent.’ Which amount does the employer adjust it to, and what rights do the other employees have?”

Both Levitt and Graham agree that a number of unknowns remain when it comes to how this legislation will work in practice.

“The legislation, not to be cynical, is not perfect by any stretch of the imagination,” Graham said. “I’m not sure if the legislation has the necessary teeth to bridge the gap. I think employers will . . . find ways to justify those pay differentials.”

Levitt said he expects any resulting pay gains will be offset by cutback hours and lost jobs as employers grapple with rising labour costs on the heels of a minimum wage hike.

“I think this is going to have a bigger impact on employment and business than minimum wage,” he said. “Suddenly a lot of part-timers will get wage increases. The employer is going to scratch their head and say, ‘How can I get rid of these people? It’s just not market productive for me to pay people this much for this particular job. I can’t get by.’”

There is also the question of if the legislation will survive if Progressive Conservative candidate Doug Ford unseats long-time Liberal Premier Kathleen Wynne in the June 7 provincial election.

With that in mind, Levitt said he is not too worried about the knock-on effects the legislation will have on Ontario’s ability to compete with neighbouring jurisdictions where part-time labour is less expensive.

“It’s going to be reversed in three months,” he said. “Ford said he is not going to touch minimum wage. He is just not going to increase it. This one, I think he might roll back.”