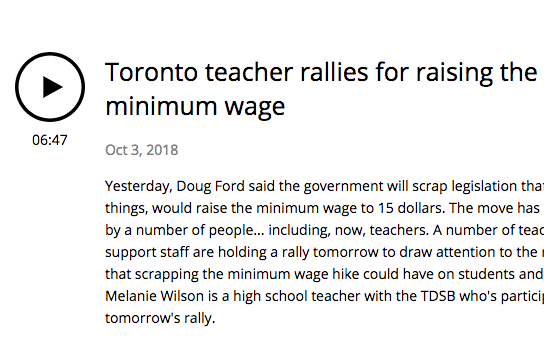 Yesterday, Doug Ford said the government will scrap legislation that, among other things, would raise the minimum wage to 15 dollars. The move has been criticized by a number of people... including, now, teachers. A number of teachers and support staff are holding a rally tomorrow to draw attention to the repercussions that scrapping the minimum wage hike could have on students and their families. Melanie Wilson is a high school teacher with the TDSB who's participating in tomorrow's rally.

Listen to the CBC full Story