Catholic Register: Battle for a living wage is a key to Church's drive for social justice 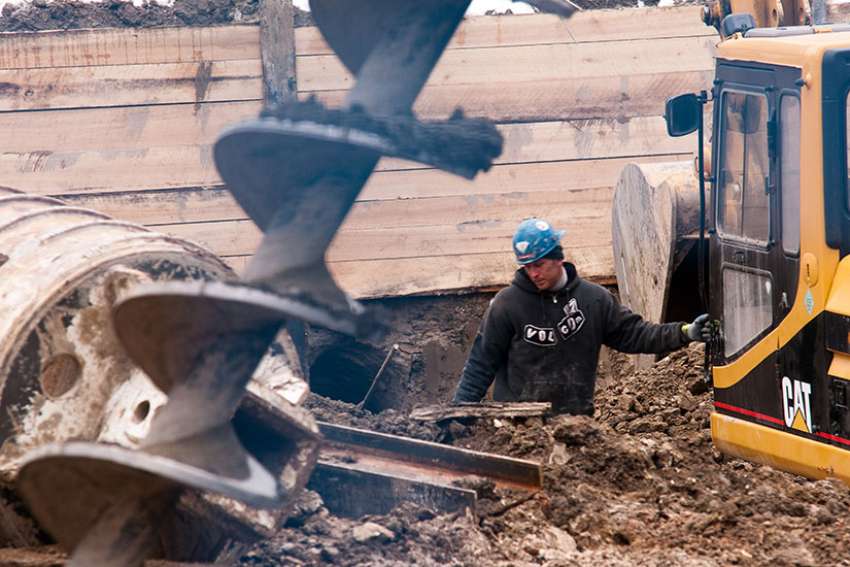 Even as the Ontario government moved to enact new labour laws and increase the minimum wage to $15, experts agree there is no quick fix to protecting workers from the threat of poverty.

Good Shepherd executive director Br. David Lynch reports that he often sees people with jobs eating at the Queen Street shelter in Toronto. The Ontario Association of Food Banks reports that even though employment in the province is back at 2008 levels, food bank use is still seven to 14 per cent higher than before the last recession started.

Last October federal Finance Minister Bill Morneau said the next generation would have to get used to “job churn.”

“We also need to think about, ‘How do we train and retrain people as they move from job to job to job?’ Because it’s going to happen. We have to accept that,” Morneau said.

More than half of adult workers in the Greater Toronto and Hamilton area now work temporary, contract or part-time jobs. “Non-standard work” – temp agency gigs, self-employment, limited contracts, multiple part-time jobs – has grown twice as fast in Ontario as regular jobs, steadily increasing by 2.3 per cent per year between 1997 and 2015.

A job was once the bedrock of Canada’s social contract. In exchange for their labour and their loyalty, working people got a chance to build a life, educate their children, own a home and retire in dignity. The contract has been broken, said Redemptorist Fr. Paul Hansen.

“We’re at a new moment in history,” Hansen said.

Hansen advises the Ontario Assembly of Catholic Bishops on social justice issues. Come their June 1 meeting, he expects the bishops will be talking about many of the issues brought up by a wide-ranging provincial report on work standards called “The Changing Workplaces Review.”

More than two years in the making, with 12 public sessions, over 200 presentations and 300 written submissions, plus another 280 submissions that followed up from an interim report, the Changing Workplaces Review makes 173 recommendations. It proposes sweeping changes to the Employment Standards Act, the Labour Relations Act and the Occupational Health and Safety Act.

Premier Kathleen Wynne announced May 30 that the province’s minimum wage will rise from $11.40 an hour to $14 on Jan. 1, 2018 and to $15 on Jan. 1, 2019. Other proposed changes include equal pay for part-time workers performing same duties as full-time workers, and increasing minimum vacation entitlement to three weeks a year after five years with the same employer.

The Interfaith Social Assistance Reform Coalition and at least 139 individual faith leaders had signed onto a union-led campaign demanding protections for workers in unstable jobs and a $15 minimum wage.

With the help of the Atkinson Foundation, Kindred Credit Union, Ryerson University and the Canadian Centre for Policy Alternatives, the Ontario Living Wage Network has figured out that to survive a full-time worker needs anywhere from $15.42 per hour in the Waterloo Region to $18.52 an hour in Toronto. The idea that employers should pay a living wage has been a key teaching of the Church, dating back to Pope Leo XIII’s 1891 encyclical Rerum Novarum.

Ontario’s current minimum wage of $11.40 per hour is 38.4 per cent below a living wage in Toronto.

“When we look at poverty statistics, there are an awful lot of people who are working and are living below the poverty line,” said Citizens for Public Justice executive director Joe Gunn. “There’s a growing number of people who actually find work and then they can’t – because they can’t get the hours and there are very few benefits and also the pay is so low – they can’t make a go of it.”

In 1891 Pope Leo was worried that working people were drifting away from the faith and from any real ties to their communities under the relentless pressure of the industrial revolution. Post-industrial society – the information economy, the green economy, the sharing economy, etc. – is posing a similar challenge, said Gunn.

“If the faith communities don’t express strong opinions and move our constituency forward, as well as political leadership, then we’ve missed the boat,” he said. “We’ve lost a prophetic opportunity.”

Sr. Pauline Lally of the Sisters of Providence of St. Vincent de Paul in Kingston, Ont., assumes her Church will be on the side of low-wage workers in unstable jobs.

“It’s the Christian thing to do,” Lally told The Catholic Register. “If we remember the social teaching of the Church, if we remember Jesus and how he dealt with people and their dignity, Pope Leo clearly brought to our attention in that first encyclical the rights and the dignity of the worker…. Look at all the contract work and the sneaky way they (employers) do things.”

The idea that bishops and Church leaders shouldn’t take political positions doesn’t cut it with Lally.

“People need to realize that poverty is political. It’s not by chance that many people are poor. If the minimum wage is below the poverty line, of course it’s political,” she said.

Union president Ann Hawkins thinks Pope Leo’s 1891 declaration that workers have a right to organize and negotiate with their employers is as relevant today in the post-industrial economy as it was in the middle of the industrial revolution.

“The present-day Pope has been very clear on several occasions on the rights of workers and the importance of unions,” said the president of the Ontario English Catholic Teachers Association. “I can’t answer for the Canadian Church. I haven’t seen a response from them yet.”

Hawkins recognizes that unionized Ontario teachers actually have it pretty good, but her union is worried about people who have been effectively shut out of stable, unionized work.

“We have a good number of hard-won rights, however the students and families and neighbours and other workers around-about us do not enjoy the same measures of dignity and security in their work as we do,” she said.

Overall unionization rates in Canada dropped from 37.6 per cent in 1981 to 28.8 per cent in 2014. But the rate is only that high because of high unionization rates in the public sector. In the private sector, union jobs are vanishingly rare. From 1997 to 2015 union jobs in Ontario dropped from 19.2 per cent to 14.3 per cent in the private sector. In large part, this change reflects the disappearance of factory floors and large employers.

Things that companies used to hire workers to do are now done by networks of smaller businesses and independent contractors who feed into the big company’s supply chain. When employers talk about flat and flexible hierarchies that respond quicker to market conditions, they’re also talking about paying people less. Workers in insecure, contract jobs make an average of 46 per cent less that secure, full-time workers doing the same work, according to a McMaster University study.

A 2015 survey by Deloitte Touche Tohmatsu Limited found nearly half of Canadian businesses planned to fill any vacancies with contract, part-time or outsourced labour over the next three to five years. A Ryerson University study last year found that 42 per cent of Canadian jobs are at high risk of being automated out of existence.

“That’s a huge transformation,” said the director of the justice, peace and integrity of creation office for the Sisters of Providence, Jamie Swift. “It certainly is a sea change in the nature of work in advanced capitalist countries… We’ve been floundering and not willing to recognize the threat to popular prosperity or, if you will, the democratization of the economy that resulted from working class struggles over the past 150 years.”

In Swift’s view, the reforms proposed in the Changing Workplaces report are pretty mild.

“I hardly think reform of labour standards regulation in Ontario constitutes a Bolshevik undertaking,” he said. “Those regulations need to be strengthened and enforced. Decent employers would have nothing to fear from that.”

The Canadian Federation of Independent Business has reacted with shock to some of the 173 Changing Workplaces recommendations that would make it easier to form unions and would toughen up Ministry of Labour enforcement of basic health, safety and job standards regulations. Such changes will “disproportionately impact Ontario’s small businesses, who lack the financial resources to take on further regulation and costs,” said the CFIB in a press release.

The Ontario Federation of Labour is equally disappointed in the final report. They had hoped for the re-instatement of card-based certification for unions and a ban on replacement workers during strikes. In an economy that spreads workers all over a widely dispersed supply chain, where people are increasingly working from home and where employers communicate with their workers online and through phone apps, a law that says you have to gather everybody in a union hall and hold a live vote to certify a union guarantees that fewer and fewer workers will be unionized, argues the OFL.

“It’s in the interest of society as a whole to try to address in a sustained and vigorous manner the savage inequalities that are looming in our society,” said Swift.